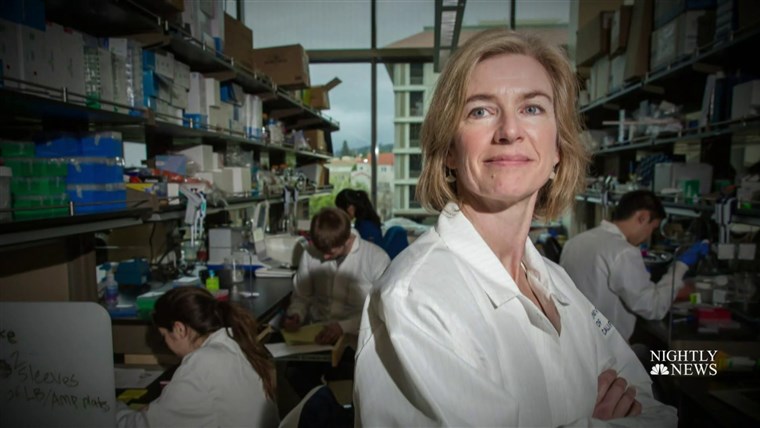 LONDON — American poet Louise Glück won the 2020 Nobel Prize for Literature on Thursday for what the judges called “her unmistakable poetic voice that with austere beauty makes individual existence universal.”

Glück, 77, was born in New York City and raised on Long Island, the granddaughter of Hungarian Jewish immigrants on her father’s side. She is widely considered one of the leading contemporary American poets, winning the Pulitzer Prize for Poetry in 1993 and named the United States poet laureate in 2003.

She is the first American woman to win the award in 27 years, after the late novelist Toni Morrison in 1993. Glück will take home 10 million Swedish kronor (around $1.1 million) along with a gold medal, courtesy of a bequest left 124 years ago by the prize’s creator, Swedish inventor Alfred Nobel.

BREAKING NEWS:
The 2020 Nobel Prize in Literature is awarded to the American poet Louise Glück “for her unmistakable poetic voice that with austere beauty makes individual existence universal.”#NobelPrize pic.twitter.com/Wbgz5Gkv8C

Her accolade was announced in Stockholm by the Swedish Academy, the secretive body made up of 18 members who are elected for life and choose the winners each year.

The academy’s permanent secretary, Mats Malm, said Glück’s poems were notable for their “austere but also playful intelligence” while being “full of humor and biting wit.”

Glück’s is renowned in the poetry world for her candid and often painful portrayals of family life, written in a straightforward style that is accessible yet deeply emotive for readers.

Malm described her verse as “unmistakable” and “uncompromising,” typified by “brutally straightforward images of painful family relations without a trace of poetic ornament.”

He reported that Glück was “surprised and happy” on hearing the news.

Glück is a professor of English at Yale University and attended Sarah Lawrence College and Columbia University.

First published in 1968, she has written a dozen poetry collections, the most recent of which, 2014’s “Faithful and Virtuous Night,” won the National Book Award. Perhaps her most lauded work came in 1992 with “The Wild Iris,” which won the Pulitzer Prize the following year.

Her style is notable for its “technical precision, sensitivity, and insight into loneliness, family relationships, divorce, and death,” according to the Poetry Foundation, an independent literary organization. Her words “take readers on an inner journey by exploring their deepest, most intimate feelings,” it said.

In 2015, President Barack Obama awarded Glück with a National Humanities Medal. Obama said that her “probing poems capture the quiet drama of nature and the quiet emotions of everyday people.” He praised her work as an educator for having “inspired generations of young poets.”

The Nobel Prize for Literature has had a rocky few years. In 2018 it was postponed after sexual abuse allegations dogged the Swedish Academy and sparked a mass exodus of its members.

After a year hiatus, it revamped itself in a bid to regain the trust of the Nobel Foundation. Last year it awarded Polish novelist Olga Tokarczuk and Austrian writer Peter Handke the delayed 2018 and 2019 prizes respectively.

Even then, Handke’s prize caused a storm due to his previous support for the 1990s Serbian government of Slobodan Milošević, who was indicted for genocide and other war crimes.

Several countries including Albania, Bosnia and Turkey boycotted the Nobel awards ceremony in response, and a member of the committee that nominates candidates for the literature prize resigned.

On Monday, the Nobel Committee awarded the prize for physiology and medicine for discoveries related to the liver-ravaging Hepatitis C virus.

Tuesday’s prize for physics honored breakthroughs in understanding the mysteries of cosmic black holes, and the chemistry prize on Wednesday went to female scientists behind a powerful gene-editing tool.

The Nobel Peace Prize will be announced on Friday.