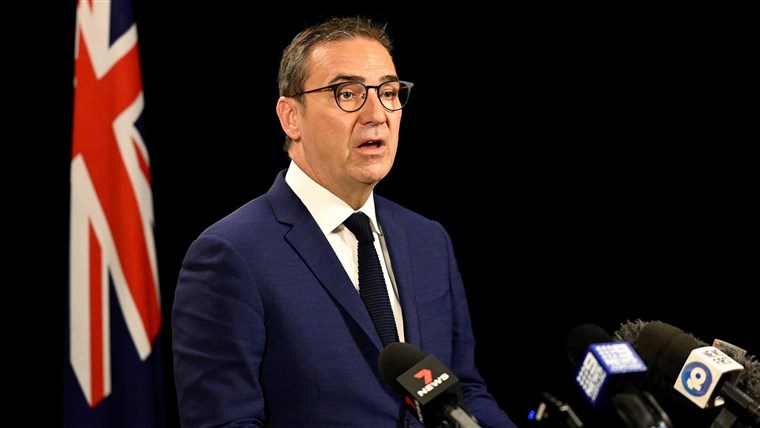 Desalyn Bowyer hasn’t seen her children since February. Then her father died in July, and she couldn’t attend the funeral.

Bowyer, 40, moved from Sydney to Hong Kong last December for work. She planned to return to Australia every two weeks to spend time with her kids.

Little did she know that she would endure more than nine months of flight cancellations and dashed hopes. Now, as still more months tick by during which she is unable to return to Australia, her children, ages 7 and 14, have reached their own conclusion.

“They think I’ve abandoned them,” Bowyer said by phone.

She’s far from alone: More than 35,000 Australians are stranded abroad, according to Australia’s Department of Foreign Affairs and Trade, all of them trying to get home in spite of tough immigration rules designed to stop the spread of Covid-19.

In July, the Australian government introduced a cap of just under 4,000 international arrivals a week to curb an increase in Covid-19 cases and ease the pressure on government-assigned hotel quarantine facilities.

Since then, the cap on arrivals has fluctuated, with around 5,600 people now entering the country every week.

In October, Prime Minister Scott Morrison announced that eight additional commercial flights from London, New Delhi and Johannesburg would be permitted, with the goal of allowing 5,000 more Australians to return over the next six months.

Last month, Rosalind Croucher, the president of the Australian Human Rights Commission, told the country’s Senate that the caps on arrivals could breach Article 10 of the U.N. Convention on the Rights of the Child, as they prevented timely family reunification.

“Australians have been, and continue to be, exposed to potentially unnecessary restrictions on their rights and freedoms,” Croucher said.

In a statement, the Australian Human Rights Commission said it had received “a significant number of human rights complaints from people who have been unable to return to Australia due to Australia’s cap on international arrivals.”

Australia has registered 27,904 cases of the coronavirus and 908 deaths since January. Melbourne, the country’s second-largest city, has endured one of the world’s strictest lockdowns, with home confinement and travel restrictions imposed for 111 days. The Australian economy has slumped into its first recession since 1991.

Overall, the country has been more successful combating a second wave of cases than most other developed countries, registering 11 new cases in the 24 hours between Sunday and Monday at 8.30 p.m.

Even when Australians do manage to get home, it’s a trip that can come at great cost.

Benjamin Pisani, 41, a café owner, applied for an exemption to leave Australia in May to open a business in Ios, Greece. When it was time for him to return, he could do so only after having contacted the Australian government in Canberra and abroad for help many times, only to receive generic response emails.

Eventually he secured a government-chartered flight to Perth on Wednesday and got a loan to cover the cost — he must now pay back AU$1,500.

But because of the uncertainty of waiting for confirmation, Pisani booked a flight from Athens to London plus one night’s accommodation, then a flight from London to Perth — a total of AU$3,000. He canceled those flights and lost AU$800 Australian in the process.

“I still feel let down,” Pisani wrote via Facebook Messenger. “I had to beg and fight and prove I was stranded before they even approved that ticket. Which I don’t feel I should have to do to enter my country of birth.”

He must now quarantine for two weeks in Perth and board another government flight to Sydney on his release. He added, however, that “thousands of people aren’t as lucky as I am.”

Morrison, the prime minister, had said previously that the goal was to have all Australians home by Christmas.

The office of Foreign Affairs Minister Marise Payne didn’t respond to a request for comment.