Get sick or starve: 24-hour curfew leaves Lebanon’s poor with no choice but suffering 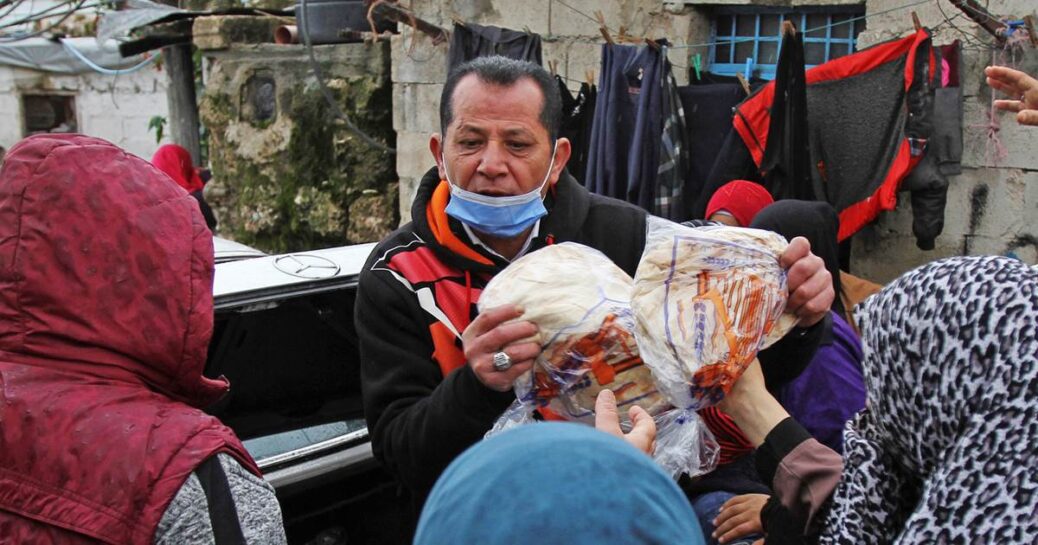 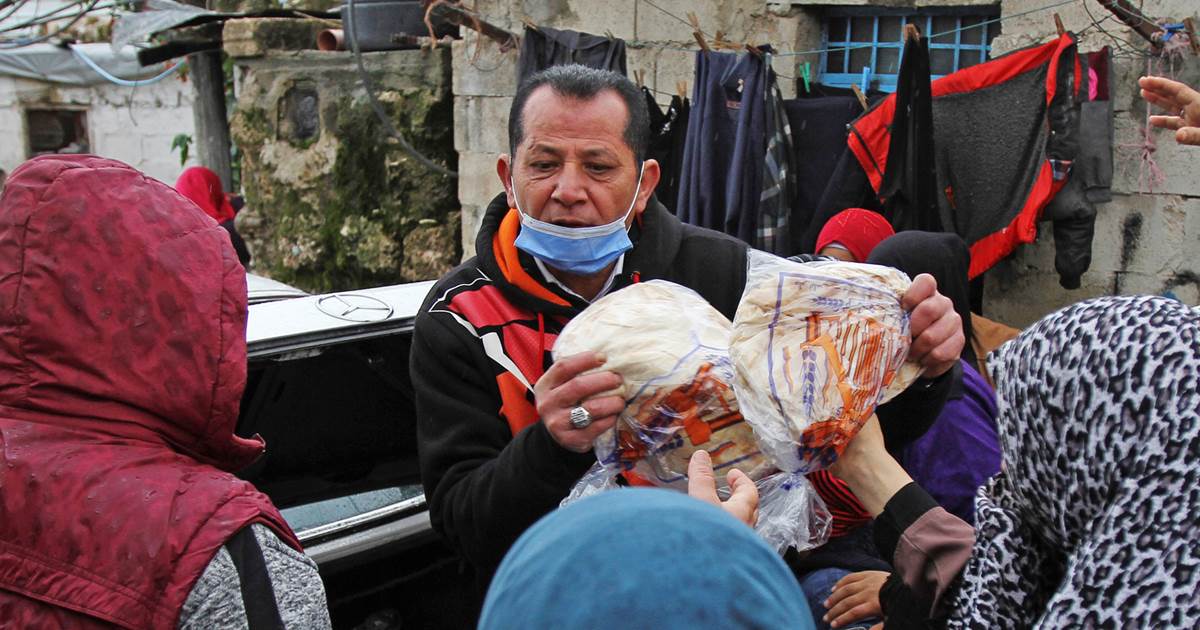 Shadia has run out of rice for her family of nine.

The Syrian mother had hoped the 5 kilos she bought last week would be enough to feed them for the duration of the draconian national lockdown that Lebanon imposed Jan. 14 in response to surging coronavirus case numbers.

More than a week later, however, little food is left in the family’s single-room bungalow. A 24-hour curfew is in place, with residents allowed outside only for what are officially deemed “emergencies.” Supermarkets across the country are closed.

The lockdown, which initially had been scheduled to last 11 days, has now been extended until Feb. 8, leaving Shadia, 33, and her husband frantic about how their family will survive. In addition to the lack of food, the terra cotta roof of their home has collapsed, leaving the family to huddle together on the floor under blankets to stay warm.

“As a mother, I don’t know what to tell you. I can’t afford anything for my children, not even daily food,” she said on a WhatsApp call from Dahiyeh, a suburb south of Beirut.

Shadia’s fears are being echoed across Lebanon, where more than half of its 6 million residents live below the poverty line. Decades of political corruption, stark inequality and a persistent economic crisis have meant that concerns about the coronavirus have taken a back seat to other challenges — particularly after a massive port warehouse explosion in Beirut in August killed 200 people and destroyed a third of the capital. Now, however, millions of impoverished people are struggling in the lockdown.

On Wednesday and into Thursday, anger descended into violence in the northern city of Tripoli as thousands of protesters clashed with the army over lockdown rules for a third night of riots. Civilians threw grenades at security officials and water cannons and tear gas were used by officers to quell the crowds. At least one protester was shot by live ammunition and more than 70 were injured, according to The Associated Press.

“We have actually heard people say, ‘I’d rather die of Covid than die of hunger,'” said Lebanese activist Dayna Ash, the founder of the nonprofit arts organization Haven for Artists.

Shadia does not have residency status in Lebanon, a country with more than 1.5 million Syrian refugees, and she asked that her last name not be published out of fear of coming to the attention of authorities and possibly being deported.

Shadia and her husband fled Idlib, Syria, in 2014 during the Syrian civil war, together with their four biological children and three orphaned children they call their own.

Before the lockdown was announced, her husband had been able to make money by doing odd jobs on the streets, and Shadia was saving up to buy an extra phone to improve her children’s education. The children, who are ages 6 to 15, share one mobile phone to attend school online.

The curfew has cut off that source of income, and Shadia now has to choose between her children’s education and putting food on the table.

“When the quarantine took place, everything went up. They raised the price of bread,” she said. “I won’t let them starve to death to educate them.”

The government relaxed social distancing measures over the Christmas and New Year’s holiday period to boost the teetering economy. As a result, Covid-19 cases have skyrocketed to record numbers, with more than 5 percent of the population currently infected.

Front-line workers are overwhelmed as hospital admissions spiral out of control. Pictures of people being treated in their cars have gone viral on social media.

Now, the number of daily Covid-19 deaths is more than five times what it was in July, according to the World Health Organization.

With supermarkets shut, people who want to leave their homes to go to hospitals or pharmacies, including doctors, must fill out a permission form approved by the government. Workers for local nongovernmental organizations said the government denied their requests to deliver food and supplies to vulnerable families.

“They live because we send them food,” said Maya Chams Ibrahimchah, founder of the Lebanese charity Beit el Baraka. The nonprofit typically provides essential supplies to 226,000 people through its free grocery store. “It’s not normal today to tell NGOs that you’re not allowed to work when most of these people with homes that have exploded during the blast still don’t have a roof over their heads.”

Ibrahimchah said she has been fielding hundreds of calls a day as families ask her for diapers, milk and food.

Despite the lockdown restrictions, aid workers have continued to distribute essentials. Several times, Ash left her home pretending to go to the pharmacy as a pretext to deliver food boxes.

The Lebanese armed forces have distributed essential supplies to thousands of vulnerable families during the lockdown, according to local media. But charity workers said the government does not have the resources to reach more than a fraction of those in need.

The Lebanese Information Ministry has not responded to multiple requests for comment.

Many shop owners are concerned about their businesses’ survival in an already turbulent time for the economy. Barbel Basil, the head chef and owner, reopened Le Chef, a beloved restaurant, last month after it was destroyed by the explosion. Now, the lockdown has forced him to close shop again.

“I feel like someone who is flying an airplane and is forced to make an emergency landing,” Basil said.

The government has secured an emergency loan from the World Bank to help those hit hardest by the pandemic. But with the public’s faith in the government severely eroded, shop owners in Beirut’s Mar Mikhael neighborhood, an area that bore the brunt of last summer’s blast, are skeptical that support will come.