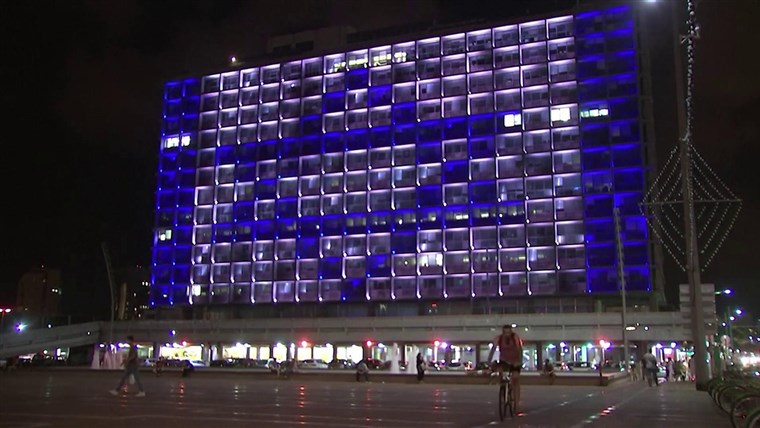 Presidential senior adviser and son-in-law Jared Kushner was among a group of top U.S. and Israeli officials who traveled to the United Arab Emirates from Israel on Monday on the first direct flight operated by an Israeli airline to the Gulf kingdom.

The U.S. and Israeli delegations flew from Israel’s Ben-Gurion International Airport to the capital Abu Dhabi for meetings with their Emirati counterparts after Israel and the United Arab Emirates agreed to normalize relations Aug. 13 in a U.S.-brokered deal.

The diplomatic breakthrough between Israel and the UAE has been touted as a foreign policy victory for President Donald Trump ahead of November’s presidential election, as well as for Israeli Prime Minister Benjamin Netanyahu who, if the agreements are signed, will be the first Israeli leader to officially normalize relations with a Gulf state.

“I prayed yesterday at the wall that Muslims and Arabs from throughout the world will be watching this flight recognizing that we’re all children of God and that the future does not have to be predetermined by the past,” Kushner told reporters before boarding the El Al flight, in an apparent reference to the Western Wall, the last remaining part of the second temple of the biblical period and the holiest site where Jews can pray.

Before takeoff, Becker confirmed that the plane would fly through Saudi airspace and the flight was expected to take three hours and 20 minutes. If it was not going over Saudi Arabia, it would have been more than a seven hour flight, he said.

According to Israel’s transportation ministry the flight was the first Israeli commercial flight to be granted permission to fly over Saudi airspace.

The normalization agreement is the first such arrangement between an Arab country and Israel in more than 20 years and was made possible partly due to a shared animosity toward Iran. Israel currently has peace deals with only two Arab countries — Egypt and Jordan — where it has fortified embassies.

If the Israeli and UAE officials go ahead and sign an official bilateral agreement in the coming weeks, it could give Trump a foreign policy boost as he vies for re-election.

Netanyahu said Monday that Israel had invited the United Arab Emirates delegation for a reciprocal visit.

“We will receive them on the red carpet,” he said in a press conference.

The prime minister said he had asked the Israeli delegation in the United Arab Emirates to work toward achieving a ceremony in Washington.

The Palestinians, meanwhile, have decried the agreement and Palestinian President Mahmoud Abbas’ spokesman has called the UAE’s actions a “betrayal” of Jerusalem and the Palestinian cause.

For decades, the Arab world has been united, in public at least, in its antipathy toward Israel over the plight of the Palestinians.

But while officially Israel and the UAE have no diplomatic relations, it had become an open secret that the wall between the two countries was cracking, as the Sunni Arab political world began to see Israel as a potential strategic partner against Iran and an economic model for the region.

“Israel, with the help of Trump, has established formal ties with the Arab Gulf states, delivering a hard blow to the Palestinians,” Fawaz Gerges, a professor of international relations at the London School of Economics, said.

“Although there is no domino effect in other Gulf countries yet, the writing is on the wall. Official Arab boycott of Israel is almost over.”

The U.S. and Israeli delegations will remain in the UAE until Tuesday and their visit will include meetings between the heads of the delegations, the Israeli prime minister’s media adviser said in a statement.

There will also be discussions among Israeli, Emirati and American representatives on a number of areas including diplomacy, finance, aviation, tourism, science and investments and trade, the statement said.

“This visit comes as part of trilateral efforts to initiate normalized relations with the aim of achieving peace, stability, and support for bilateral cooperation,” the UAE Ministry of Foreign Affairs and International Cooperation said in a statement Sunday.

However, in the wake of the announcement, Netanyahu insisted he would fulfill his pledge to annex parts of the West Bank.

“I’m not changing this and I’m obliged to this annexation,” he said, adding that it could not happen without U.S. backing and that Trump had asked Israel to wait.