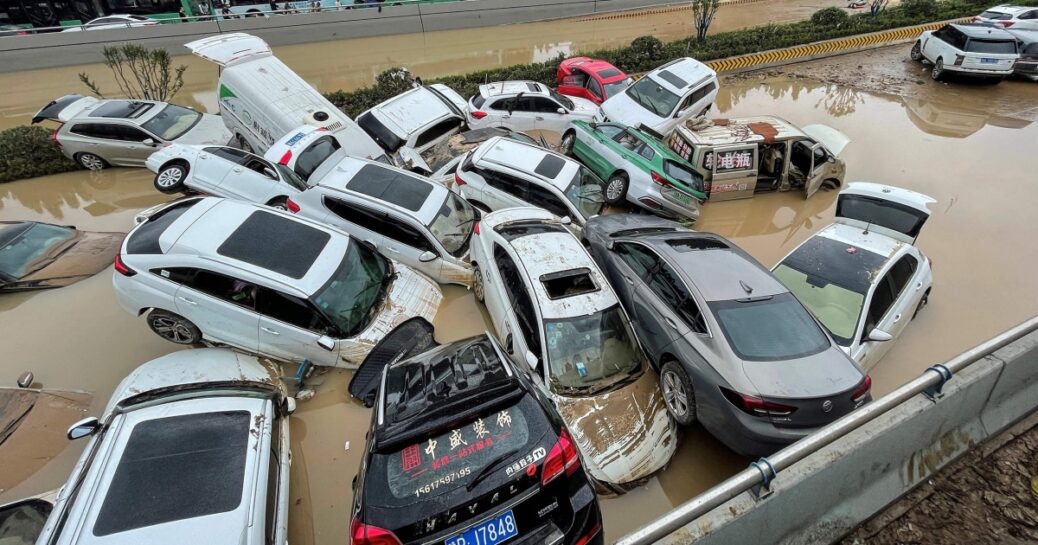 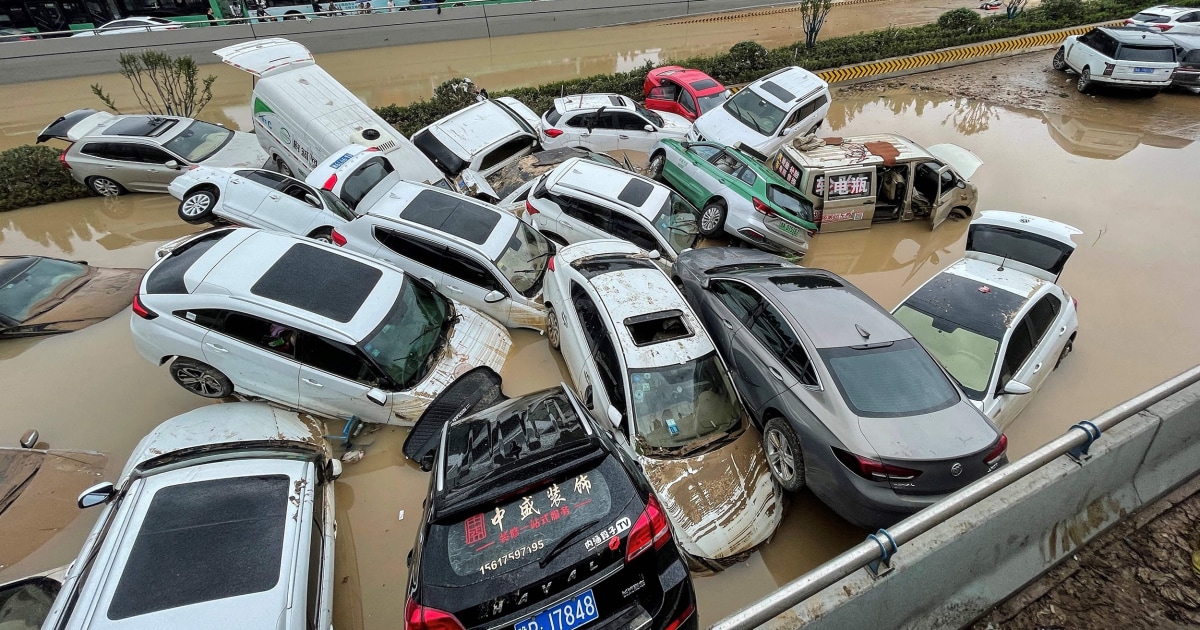 BEIJING — At least 25 people have been killed and large swathes of China’s central Henan province were under water Wednesday, regional authorities said, after what some experts said was the region’s heaviest rain in 1,000 years.

Some 1.2 million people have been impacted by the unfolding natural disaster, Xu Zhong, a deputy director in the Henan local government responsible for flood and management, told a press conference. Xu said seven people are missing.

Earlier, the Henan Information Office said four people died in Gongyi, a city by the banks of the Yellow River, adding to the 12 people who died while trapped in a subway train in Henan’s capital, Zhengzhou, on Tuesday. Both cities suffered widespread collapse of homes and structures due to the rains.

Details have yet to be released on the location, timing and circumstances of all the deaths.

Social media video Tuesday showed commuters chest-deep in murky floodwaters on a train in the dark and an underground station turned into a large, churning pool.

“The water reached my chest,” a survivor wrote on social media. “I was really scared, but the most terrifying thing was not the water, but the diminishing air supply in the carriage.”

Due to the rain, the authorities halted bus services, as the vehicles are powered by electricity, a Zhengzhou resident surnamed Guo, who spent the night at his office, told Reuters.

“That’s why many people took the subway, and the tragedy happened,” Guo said.

More rain is forecast across Henan for the next three days, and the People’s Liberation Army has dispatched more than 3,000 soldiers and personnel to help with search and rescue.

From Saturday to Tuesday, 24 inches of rain fell in Zhengzhou, almost equal to Zhengzhou’s annual average of 25 inches.

In an apparent attempt to address concerns that not enough was done to prepare for the forecast rainfall, a local government watchdog, the Henan Provincial Commission for Discipline Inspection, warned officials that “late reporting, concealing or omitting important flood and disaster information are strictly forbidden,” China’s state-run CGTN broadcaster reported.

The lives of millions of people in Henan, a province with a population of around 100 million, have been upended in an unusually active rainy season that has led to the rapid rise of a number of rivers in the vast Yellow River basin.

Local authorities said the rainfall had caused a 20-yard breach in the Yihetan dam in Luoyang city west of Zhengzhou, and that the dam “could collapse at any time.”

About 100,000 people in the city have been evacuated to safe zones.

A raft of Chinese companies, insurers and a state-backed bank said they had offered donations and emergency aid to local governments in Henan amounting to 1.935 billion yuan ($299 million).

Zhengzhou’s transportation system remained paralyzed, with schools and hospitals cut off by waterlogging.

Residents caught in the flood had taken shelter in libraries, cinemas and even museums.

“We’ve up to 200 people of all ages seeking temporary shelter,” a staffer surnamed Wang at the Zhengzhou Science and Technology Museum told Reuters.

“We’ve provided them with instant noodles and hot water. They spent the night in a huge meeting room.”

Less than 2 miles away, the First Affiliated Hospital of Zhengzhou University — the city’s largest with over 7,000 beds — has lost all power, Reuters reported. Even backup supplies were down.

The hospital was racing to find transport to relocate about 600 critically ill patients.

Meanwhile, Hebei province, which shares a border with Henan, issued a storm alert for some cities, including its capital Shijiazhuang, with moderate to heavy rain expected from Wednesday.