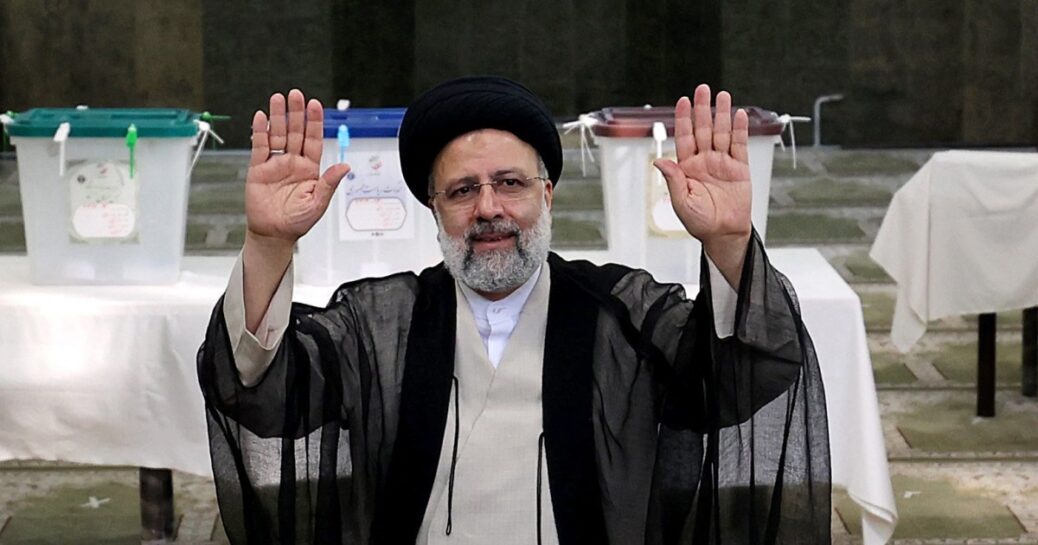 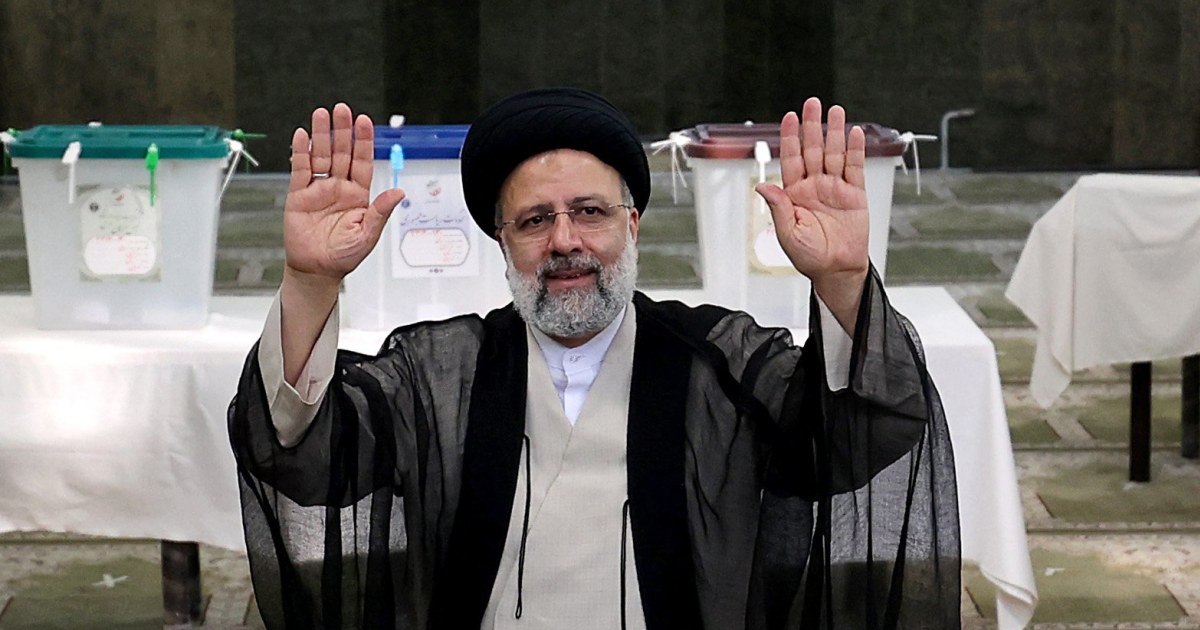 Iran’s hard-line judiciary chief won the country’s presidential election in a landslide victory Saturday, propelling the supreme leader’s protege into Tehran’s highest civilian position in a vote that appeared to see the lowest turnout in the Islamic Republic’s history.

Initial results showed Ebrahim Raisi won 17.8 million votes in the contest, dwarfing those of the race’s sole moderate candidate. However, Raisi dominated the election only after a panel under the watch of Supreme Leader Ayatollah Ali Khamenei disqualified his strongest competition.

His candidacy, and the sense the election served more as a coronation for him, sparked widespread apathy among eligible voters in the Islamic Republic, which has held up turnout as a sign of support for the theocracy since its 1979 Islamic Revolution. Some, including former hard-line President Mahmoud Ahmadinejad, called for a boycott.

Hemmati offered his congratulations on Instagram to Raisi early Saturday.

“I hope your administration provides causes for pride for the Islamic Republic of Iran, improves the economy and life with comfort and welfare for the great nation of Iran,” he wrote.

On Twitter, Rezaei praised Khamenei and the Iranian people for taking part in the vote.

“God willing, the decisive election of my esteemed brother, Ayatollah Dr. Seyyed Ebrahim Raisi, promises the establishment of a strong and popular government to solve the country’s problems,” Rezaei wrote.

The quick concessions, while not unusual in Iran’s previous elections, signaled what semiofficial news agencies inside Iran had been hinting at for hours: That the carefully controlled vote had been a blowout win for Raisi amid the boycott calls.

As night fell Friday, turnout appeared far lower than in Iran’s last presidential election in 2017. At one polling place inside a mosque in central Tehran, a Shiite cleric played soccer with a young boy as most of its workers napped in a courtyard. At another, officials watched videos on their mobile phones as state television blared beside them, offering only tight shots of locations around the country — as opposed to the long, snaking lines of past elections.

Balloting came to a close at 2.a.m. Saturday, after the government extended voting to accommodate what it called “crowding” at several polling places nationwide. Paper ballots, stuffed into large plastic boxes, were counted by hand through the night.

Iranian state television sought to downplay the turnout, pointing to the Gulf Arab sheikhdoms surrounding it ruled by hereditary leaders, and the lower participation in Western democracies. After a day of amplifying officials’ attempts to get out the vote, state TV broadcast scenes of jam-packed voting booths in several provinces overnight, seeking to portray a last-minute rush to the polls.

But since the 1979 revolution overthrew the shah, Iran’s theocracy has cited voter turnout as a sign of its legitimacy, beginning with its first referendum that won 98.2% support that simply asked whether or not people wanted an Islamic Republic.

The disqualifications affected reformists and those backing Rouhani, whose administration both reached the 2015 nuclear deal with world powers and saw it disintegrate three years later with then-President Donald Trump’s unilateral withdrawal of America from the accord.

Voter apathy also has been fed by the devastated state of the economy and subdued campaigning amid months of surging coronavirus cases. Poll workers wore gloves and masks, and some wiped down ballot boxes with disinfectants.

If elected, Raisi would be the first serving Iranian president sanctioned by the U.S. government even before entering office over his involvement in the mass execution of political prisoners in 1988, as well as his time as the head of Iran’s internationally criticized judiciary — one of the world’s top executioners.

It also would put hard-liners firmly in control across the government as negotiations in Vienna continue to try to save a tattered deal meant to limit Iran’s nuclear program at a time when Tehran is enriching uranium at its highest levels ever, though it still remains short of weapons-grade levels.

Tensions remain high with both the U.S. and Israel, which is believed to have carried out a series of attacks targeting Iranian nuclear sites as well as assassinating the scientist who created its military atomic program decades earlier.

Whoever wins will likely serve two four-year terms and thus could be at the helm at what could be one of the most crucial moments for the country in decades — the death of the 82-year-old Khamenei. Speculation already has begun that Raisi might be a contender for the position, along with Khamenei’s son, Mojtaba.