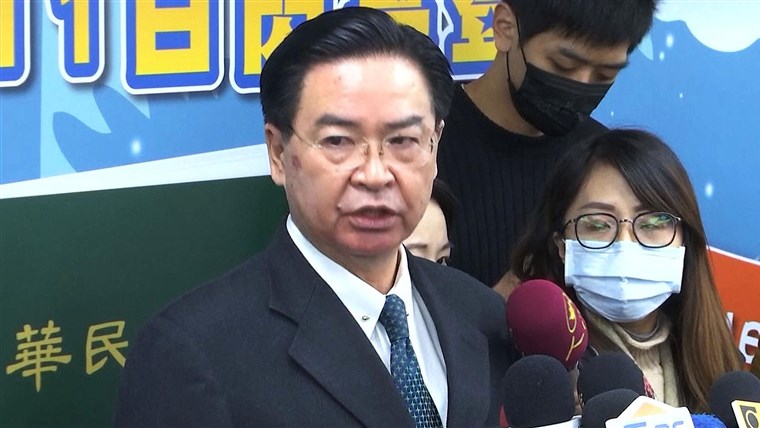 WASHINGTON — China’s massive arms buildup has raised doubts about America’s ability to defend Taiwan if a war broke out, reflecting a shifting balance of power in the Pacific where American forces once dominated, U.S. officials and experts say.

In simulated combat in which China attempts to invade Taiwan, the results are sobering and the United States often loses, said David Ochmanek, a former senior Defense Department official who helps run war games for the Pentagon at the RAND Corp. think tank.

In tabletop exercises with America as the “blue team” facing off against a “red team” resembling China, Taiwan’s air force is wiped out within minutes, U.S. air bases across the Pacific come under attack, and American warships and aircraft are held at bay by the long reach of China’s vast missile arsenal, he said.

“Even when the blue teams in our simulations and war games intervened in a determined way, they don’t always succeed in defeating the invasion,” Ochmanek said.

A war over Taiwan remains a worst-case scenario that officials say is not imminent. But China’s growing military prowess, coupled with its aggressive rhetoric, is turning Taiwan into a potential flashpoint between Beijing and Washington — and a test case for how the U.S. will confront China’s superpower ambitions.

The outgoing head of the U.S. military’s Indo-Pacific Command, Adm. Philip Davidson, warned senators this month that the U.S. is losing its military edge over China, and that Beijing could decide to try to seize control of Taiwan by force by 2027.

“We are accumulating risk that may embolden China to unilaterally change the status quo before our forces may be able to deliver an effective response,” the admiral told the Senate Armed Services Committee.

“Taiwan is clearly one of their ambitions. … And I think the threat is manifest during this decade, in fact, in the next six years.”

U.S. intelligence analysts have warned for more than a decade that China’s military strength was progressing at a dramatic pace, and that America’s superiority was evaporating in the Pacific, Defense officials told NBC News. Only now has the message finally hit home, with simulated battles driving home the point.

“You bring in lieutenant colonels and commanders, and you subject them for three or four days to this war game. They get their asses kicked, and they have a visceral reaction to it,” Ochmanek said. “You can see the learning happen.”

Twenty years ago, China had no chance of successfully challenging the U.S. military in the Taiwan Strait, and Pentagon planners could count on near total air superiority and the ability to move aircraft carriers close to Taiwan’s eastern coast.

But a more prosperous China has invested in new naval ships, warplanes, cyber and space weapons and a massive arsenal of ballistic and cruise missiles designed to undercut the U.S. military’s sea and air power.

“When you look at the numbers and ranges of systems that China deploys, it’s pretty easy to deduce what their main target is because pretty much everything they build can hit Taiwan. And a lot of stuff they build really can only hit Taiwan,” said David Shlapak, a senior defense researcher at the RAND Corp. think tank who also has worked on war-gaming models involving China.

Every generation of Chinese missiles has “longer and longer ranges on them,” said one senior Defense official, and the missiles present a growing dilemma for the U.S. in how to penetrate the area around Taiwan, the official said.

Even if China refrains from direct military action on Taiwan, U.S. officials and analysts worry that Beijing could eventually force Taipei to buckle through steady military and economic pressure that creates a perception that the U.S. can’t guarantee the island’s defense.

“At some point does China have enough military capability to push the Taiwanese into some sort of settlement, where you never get into a fight, but it’s just that threat hanging over the head of Taiwan?” the Defense official said.

If China succeeded in subjugating democratic-ruled Taiwan, it would send shockwaves through America’s network of alliances, and cause other democratic governments in Asia to doubt Washington’s reliability and strength, officials and experts said.

China views the self-governed island as part of its own territory and has never renounced the possible use of force to bring it under Beijing’s control. China’s political leadership sees reunification with Taiwan as a core objective, and Beijing’s actions and statements have grown more assertive in recent months.

When contacted by NBC News, China’s embassy in Washington pointed to recent comments from foreign ministry spokesperson Zhao Lijian, who accused the United States of adopting a Cold War mentality and overstating tensions over Taiwan.

“By exploiting the Taiwan question to exaggerate China’s military threat, some people in the United States are actually looking for excuses to justify the increase of the U.S. military expenditure, expansion of its military power” and interference in regional affairs, the spokesperson said.

“The United States should abandon the Cold War zero-sum mentality, view China’s development and national defense development objectively and rationally, and do more things that are conducive to mutual trust between China and the United States and regional peace and stability,” he said.

Starting in June, China started regularly flying fighter jets and bombers across the median line in the strait separating mainland China and Taiwan, and into Taiwan’s Air Defense Identification Zone (ADIZ). The flights have forced Taipei to scramble its fighter planes to intercept the Chinese aircraft.

The Chinese military flights are part of a campaign of pressure tactics designed to wear down Taiwan’s small air force, the Defense official said, adding: “From Taiwan’s perspective, there’s a level of fatigue associated with this.”

Taiwan has reported a series of aviation mishaps in recent months, raising questions about whether China’s encroachment was having an impact on Taiwan’s air crews. Two Taiwanese fighter planes crashed on March 22 in the third such incident in six months.

The U.S. Navy, meanwhile, has sent guided-missile destroyers through the Taiwan Strait three times since Biden took office, and the U.S. Air Force flew B-52 bombers to a base in Guam last month to “reinforce the rules-based international order in the Indo-Pacific region.”

The United States is committed by law to providing Taiwan with the means to maintain its self-defense, and successive presidents have approved arms sales to the island, including F-16 fighter jets and Patriot missile batteries.

But Ochmanek and other analysts argue that Taiwan — and the United States — need lower-tech weapons to fend off a potential Chinese invasion, and that big-ticket items like fighter jets and Patriot missiles will prove useless in the event of a Chinese assault.

“They’ve invested a lot of money in Patriot missiles. Those Patriot missiles are going to die in the first few hours of the war,” Ochmanek said. The same goes for fighter jets on the runway targeted by potential Chinese missile salvoes, he and other experts said.

Ochmanek argues Taiwan should invest in mines, drones and mobile anti-ship and anti-aircraft missiles that could slow a Chinese amphibious and airborne invasion, providing precious time for U.S. help to arrive.

Although senior military officers mostly agree that Taiwan and the U.S. need to adapt to the risks posed by China, it’s not clear if Congress or the Pentagon would be ready to give up purchasing more fighter jets or other expensive hardware to free up money for alternative weapons.

“We are acutely aware of the threat posed by China’s military build-up, as well as its aggressive behavior in Taiwan’s vicinity,” said a spokesperson for Taiwan’s mission in Washington, the Taipei Economic and Cultural Representative Office in the United States.

“These actions threaten peace and stability across the Taiwan Strait, and are part of a broader pattern of Chinese attempts to intimidate countries in the Indo-Pacific region,” it said.

“Taiwan has increased our defense spending commensurate with these challenges,” the spokesperson said, and the island has plans to bolster investments into “asymmetric capabilities.”

U.S. military officers in the Pacific say the Pentagon needs to shift more weapons and resources to Asia and transform its mindset to take on China. Without a change in U.S. weapons and tactics, the American military could find itself at a disadvantage in Taiwan and across the Pacific, potentially undermining the confidence of allies and partners that look to Washington as a counterweight to China, Defense officials said.

“If we make no changes in posture, then absolutely, you’re going to find a future where we’re simply outmatched,” a second Defense official said.

“You can’t just maintain the same static line of forces that we have currently assigned, particularly west of the International Date Line. That will not do the job.”