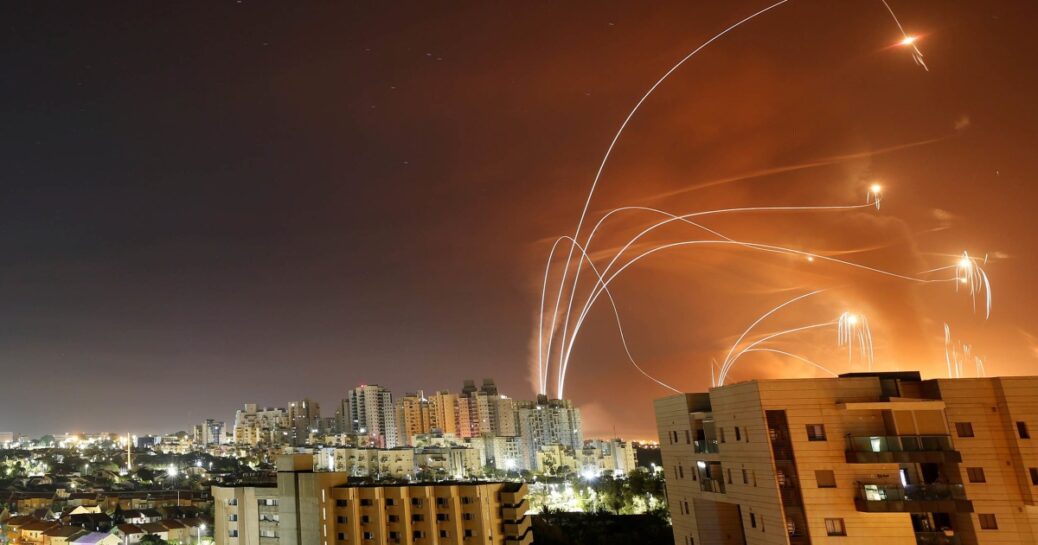 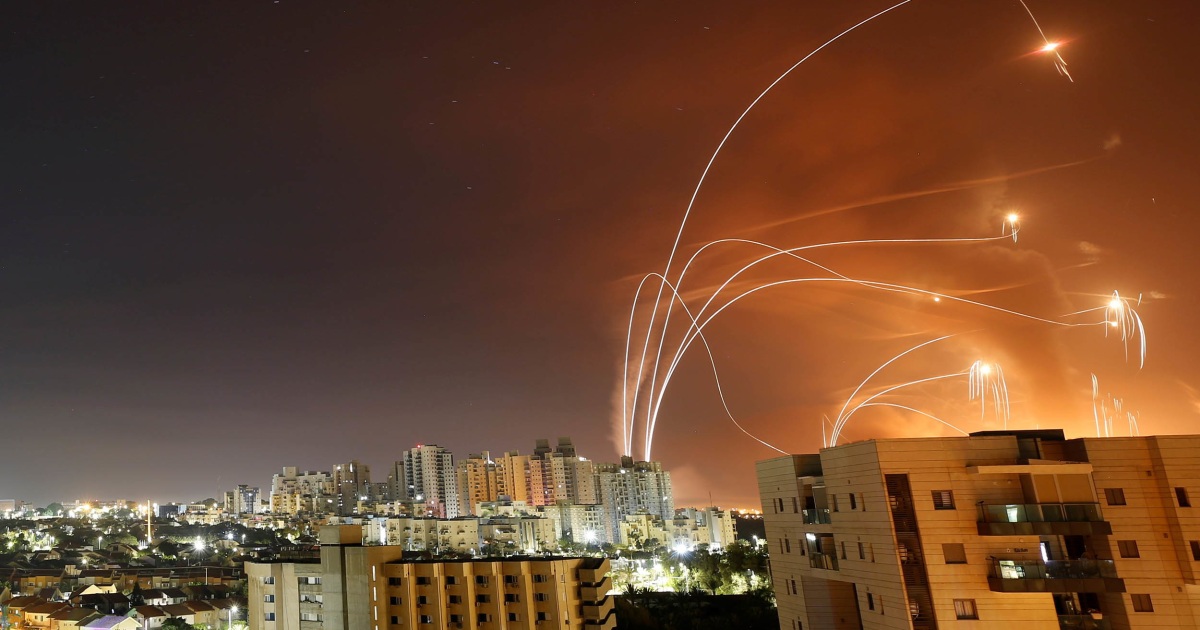 JERUSALEM — Hamas may be an international pariah, branded as a terrorist organization by the U.S. and Israel, but the militant group has succeeded in winning the admiration and respect of Palestinians in the wake of the recent 11-day war with Israel.

Hamas framed its role in the fighting, which caused widespread destruction in the Gaza Strip, as a defense of both Jerusalem and the Palestinian cause after weeks of growing tension and years of unresolved grievances. Though its principal role has been in running the Gaza Strip, it is now seen by many Palestinians as having filled a vacuum left by the more moderate and secular Palestinian leadership in the Israeli-occupied West Bank.

“They did something real on the ground,” said Alaa Salaymeh, 24, whose family is among those threatened with eviction by Israeli settlers in the east Jerusalem neighborhood of Sheikh Jarrah.

“Unfortunately the occupation only understands power,” she added, her face framed by a pale pink headscarf.

By contrast, Palestinian President Mahmoud Abbas and his ruling Fatah party, which controls the internationally-backed Palestinian Authority, were widely accused of persistent impotency and inaction, and of being under Israel’s thumb.

The praise for Hamas, the further perceived irrelevance of Abbas and a growing sense among many Palestinians that collective resistance is the way to secure their rights could mark a shift in Palestinian approach to the grueling decades-old conflict — and a potentially alarming development for Israel.

Hamas’ military escalation last month was accompanied by protests by Palestinians and Israeli Arabs from the Jordan River to the Mediterranean Sea. Israeli authorities were simultaneously confronted with a stream of rockets from Gaza, angry demonstrators in the Israeli-occupied West Bank and bloody clashes between the Jewish and Arab residents of mixed Israeli cities.

The exchange of fire between Israel and Gaza killed more than 250 Palestinians, including 66 children, and a dozen Israelis, including two children. But despite the toll, it was viewed by many Palestinians as a defiant victory over a powerful adversary.

“Now the Palestinian street is pro-resistance, not pro-negotiations,” said Fadi Ellayan, 34, a guard at Al Aqsa Mosque, the third-holiest site in Islam and a key Jerusalem flashpoint that — along with efforts to force Palestinians from their homes in Sheikh Jarrah — helped spark last month’s confrontation.

‘A menace to Israel’

Previous spikes in support for Hamas following military clashes with Israel reverted to pre-violence levels within three to six months, said Khalil Shikaki, a veteran Palestinian pollster and director of the center.

While this was probably true in this case, the latest bout of violence was different because it was the first time Israel and Hamas had gone to war over the issue of Jerusalem, he said.

Former Israeli defense and government officials said that if a surge in support for Hamas lasted, it would be of great concern to the country, which is now led by a new government headed by the right-wing politician Naftali Bennett.

Orion said “resistance” was a euphemism for terrorist activity and had its limits. In the long-term, he said, support for Hamas will be tested by providing constituents hope and economic development and on that front the group fails.

“From 2007 onwards, I can think of very few people who can say that Gaza has been a success story,” he said, referring to the year that Hamas seized control of the densely populated enclave from Abbas’ forces.

Yossi Beilin, a former deputy minister of foreign affairs and a chief architect of the historic Oslo peace process with the Palestinians, said Hamas was “a menace to Israel.”

“They can get up in the morning and decide that the situation in Jerusalem is not good enough and they shoot missiles,” he added.

He said that former Israeli Prime Minister Benjamin Netanyahu had allowed Hamas to maintain its hold over Gaza because he did not want to partition the land into two states and found it convenient to have Hamas as proof that Israel does not have a partner for peace.

Beilin said he hoped Israel’s new government would strengthen the pragmatic Palestinian Authority, which recognizes Israel and coordinates with it on security matters, and as far as possible would restrict the militant group.

But he said it may not be easy considering the hawkish Bennett is at its helm. A one-time Netanyahu protege, Bennett is a former settler leader who is opposed to a two-state solution and whose nationalist politics contrasts with several of the dovish left-wing parties included in his unwieldy coalition.

Beyond dealing a blow to Israel, both Palestinian and Israeli analysts said, Hamas’ actions last month were aimed at Abbas’ Palestinian Authority.

Shikaki said he thought that if in April Abbas had not opted to postpone the first Palestinian elections in 15 years, Hamas would have remained focused on elections and not war. It was as if by launching rockets on Israel, he said, Hamas had decided to force its own referendum to show where Palestinian support lies.

The bitter rivalry between Hamas and Fatah has strong roots. In 2006, Hamas defeated Abbas’ long-dominant Fatah movement in an upset electoral victory and refused to renounce violence or recognize Israel, prompting the United States and Israel to cut off aid to the government.

This triggered a power struggle with Fatah, culminating in a week of clashes in 2007 that left Hamas in control of Gaza. The same year, Israel imposed a crippling land, air and sea blockade on the densely-populated enclave, home to around 2 million Palestinians.

Today, the vast majority of the population has no access to clean water, electricity or a proper sewage system and more than half live in poverty, according to a 2020 United Nations report. The recent round of fighting has destroyed or damaged schools, clinics, hospitals and residential apartments.

Politically, Hamas maintains a tight grip on freedom of speech in the Gaza Strip where it also promotes conservative Islamic values, although it often does not enforce them.

While several Palestinians in their twenties and thirties in the West Bank and east Jerusalem said they would vote for Hamas if elections were held soon, others said they would think twice before casting their ballot in favor of the militants, due to restrictions on freedoms under their rule in Gaza. Many were quick to stress that while they supported Hamas’ armed resistance to Israel, they were not supporters of the party or its ideology.

“I don’t want any people … to force her or me to wear a hijab,” said Majd Al-Ayasa, 26, a Ramallah-based lawyer, whose long-hair flowed freely, as she gestured to herself and a nearby colleague. “I don’t want people who can control things.”

Hanan Ashrawi, a former senior Palestinian official and a veteran of the peace process who broke with the Palestinian leadership last year, said it was Hamas’ resistance and not its politics that had invigorated Palestinians.

Palestinians stressed that resistance did not necessarily mean violence but collective action — whether that be mass protests, a general strike or social media campaigns. In east Jerusalem, which Palestinians seek as the capital of a future state, youngsters proudly said they thought Hamas’ military wing had responded to their own efforts to resist Israeli authorities and the Jewish settlers who claim the land.

Moreover, many Palestinians pointed out that armed resistance included militant groups other than Hamas, including a militia linked to Fatah.

“It’s not just about Hamas against Israel, it’s about Gazans defending their right to live,” said Karma Khayal, 22, a law student at the Al-Azhar University in Gaza.

The news of Bennett’s appointment must have made grim reading in Ramallah, the seat of the Palestinian Authority. Abbas’ Fatah party has staked its reputation on what is now a moribund two-state peace project.

“They’ve been representing us for years and nothing has changed,” Salaymeh of Sheikh Jarrah said.

Nearly 30 years after Fatah’s Yasser Arafat signed the Oslo Accords on the White House lawn in 1993, Palestinians are no closer to statehood, and life for Palestinians has only become more challenging on the ground.

In 1993, some 116,000 Jewish settlers lived in the West Bank, compared to the more than 440,000 who live there today. Palestinians want the territory, which was captured by Israel from Jordan in 1967, for a future Palestinian state.

Asked about the perceived inaction of the ruling Fatah party and accusations that it had been in power too long, Sabri Saidam, deputy secretary general of its central committee, said the problem was not Fatah but that the “status quo” had not changed: The peace project with Israel had not led to peace.

He blamed this partly on the international community, which he said should have done more to guarantee peace, as well as successive U.S. administrations.

“We have reminded the American administration,” he said, referring to the visit of Secretary of State Antony Blinken, “that there ought to be a change of course.”

In the wake of the violence last month, Blinken visited Abbas in an attempt to bolster the beleaguered Palestinian Authority. He announced new aid for Palestinians and said the U.S. would reopen its Jerusalem consulate, which for years served as the de facto embassy to the Palestinians.

It remains unclear, however, how much the international community can do to repair Abbas’ image or dent growing support for Hamas.

Even before the conflict, nearly 70 percent of the Palestinian public wanted Abbas to resign, according to a March poll. If new presidential elections had been held earlier this month and only two were nominated, Abbas would have lost handily to Hamas leader Ismail Haniyeh, according to the June poll.

The Palestinian leadership came under fire again last week following the death of one of its more prominent critics, Nizar Banat, who died after Palestinian security forces arrested and beat him with batons June 24, his family said.

Many Palestinians complained that Abbas’ rule had become increasingly undemocratic, pointing out that his mandate expired more than a decade ago. An adviser to Abbas for Jerusalem affairs did not respond to a request for comment.

Public opinion has also turned in favor of armed struggle.

Ashrawi said Palestinians ultimately needed new leadership and that meant elections. But she cautioned against holding them too soon.

“People are not sitting back and thinking calmly, rationally,” she said in an interview last month. “People are still reacting to their pain, to the shock, to the trauma.”