Diplomats aghast as Pompeo set to address RNC from Jerusalem 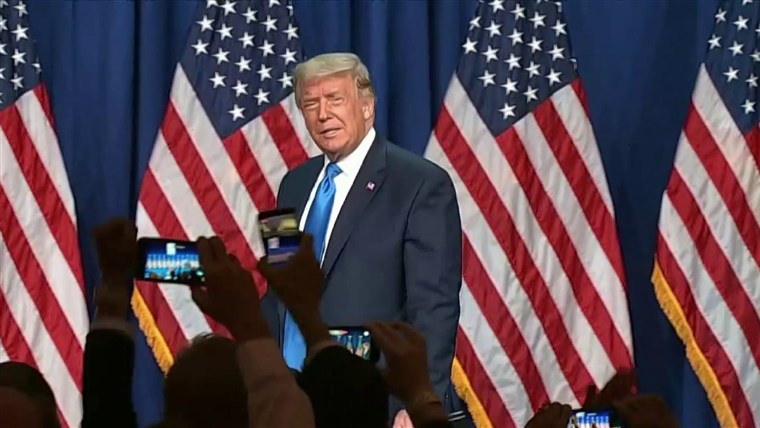 WASHINGTON — Diplomats who are barred by law from mixing work and politics say they’re appalled by Secretary of State Mike Pompeo’s decision to address the Republican National Convention on Tuesday, breaking with long-standing traditions aimed at isolating American’s foreign policy from partisan battles at home.

It would be problematic enough, current and former U.S. diplomats said, if Pompeo were simply showing up at the convention to speak. But Pompeo’s decision to use a stop in Jerusalem during an official overseas trip as the site for his recorded speech to fellow Republicans raises even more troubling questions about the message it sends to other countries and whether U.S. taxpayers are footing the bill, they said.

“It’s all just shredding the Hatch Act,” a current U.S. diplomat said, referring to the federal law that prohibits government employees from political activity on the job or in their official capacities.

The official and others still working for the government spoke on condition of anonymity for fear of retribution. Their comments were echoed by former U.S. diplomats who said the dismay within the diplomatic community was palpable.

“People are extraordinarily upset about it. This is really a bridge too far,” said former Ambassador Linda Thomas-Greenfield, who spent 35 years in the foreign service. “Pompeo is clearly ensuring the State Department is politicized by using his position to carry out what is basically a partisan mission.”

Pompeo’s speech in service of President Donald Trump’s re-election appears to violate the spirit, if not the letter, of three legal memos issued by the State Department’s legal adviser.

One of the legal memos, intended to guide political appointees, says explicitly in bold letters that “Senate-confirmed Presidential appointees may not even attend a political party convention.”

The prohibition on politicking, which is hammered into State Department employees in regular ethics briefings, was deemed so critical that Deputy Secretary of State Stephen Biegun said in a February email to employees that he was even avoiding talking politics when responding “to emails from friends.”

“In my case, as a Senate confirmed Department official, I will be sitting on the sidelines of the political process this year and will not be attending any political events, to include the national conventions,” Biegun wrote in a letter reported first by Politico and obtained by NBC News.

The State Department insists that Pompeo is addressing the convention in his “personal capacity,” and the Republican National Committee has said that “everything” is being paid for by the committee and Trump’s campaign. A spokeswoman said State Department staff weren’t involved in drafting the remarks or arranging his speech, adding that “the State Department will not bear any costs in conjunction with this appearance.”

But four current and former high-ranking diplomats questioned that claim, given the logistics needed to support the secretary, particularly overseas. The plane that took Pompeo to Israel, to start with, is a U.S. government aircraft.

A State Department official with knowledge of the secretary’s usual travel arrangements said that even a brief detour during Pompeo’s visit to Israel to tape a convention speech would involve motorcade drivers, locally employed workers from the U.S. Embassy and traveling staff members from Washington who accompany the secretary at all times, as well as his significant security apparatus, all of which is paid for by taxpayers.

“Employees supporting the secretary’s trip to Israel who have sworn an oath to the U.S. Constitution, not a political party, are also forced to support these partisan activities at taxpayers’ expense,” the State Department official said. “It is outrageously un-American for a sitting secretary of state to participate in a political convention.”

The State Department declined to answer specific questions about Pompeo’s speech, including where he was recording it. But Israeli media reported that he was spotted with a camera crew Monday on the roof of the King David Hotel, a landmark institution that overlooks the Old City.

That raised the possibility that Pompeo would appear at the convention with some of the most important sites in Judaism and Christianity as his backdrop, sending a potentially powerful visual signal to evangelical voters. In his remarks, Pompeo is expected to promote the Trump administration’s staunchly pro-Israel record, which includes recognizing Jerusalem as Israel’s capital and the Golan Heights as Israeli territory while allowing relations with the Palestinians to grind to a halt.

Former Ambassador Nicholas Burns, who served in the administrations of Presidents George H.W. Bush and Bill Clinton, said it was particularly egregious that Pompeo was breaching the tradition that domestic politics stop at the water’s edge.

“We should want to speak with one voice,” Burns said. “To give the perception that one party is more supportive than the other of Israel is not smart. It’s not good for the Israelis to have this relationship politicized.”

No other secretaries of state in recent history have even attended their party conventions. Although a few secretaries did attend in the 1970s and the 1980s, historians could point to no example of a secretary actually delivering a speech at a nominating convention.

In 2016, when Trump was running for his first term, John Kerry, then the secretary of state, was eager to get involved in the Democratic National Convention to boost his predecessor, Hillary Clinton, and he said so privately, people familiar with the matter said. In particular, Kerry wanted to call attention to concerns about a Trump presidency that U.S. diplomats were hearing from other countries.

But Kerry’s staff told him that he couldn’t get involved in 2016 politics at all. A former Kerry aide said the staff never concluded that it was illegal to do so but considered it to be breaking a longtime norm for secretaries. There were also concerns about using State Department funds for purposes unrelated to foreign policy, the aide said.

Even when it came up unprompted, as when a student asked Kerry about Trump during a visit to Oxford University, he demurred.

“I’m not allowed under our law to get into, actually full-throatedly, into the middle of the campaign,” Kerry said in May 2016.

Sen. Chris Murphy, D-Conn., said Pompeo was making “a mockery of a sacred American office,” accusing the secretary of violating both the Hatch Act and State Department policy.

“No secretary of state should ever use a foreign nation as a political prop for partisan gain,” he said.