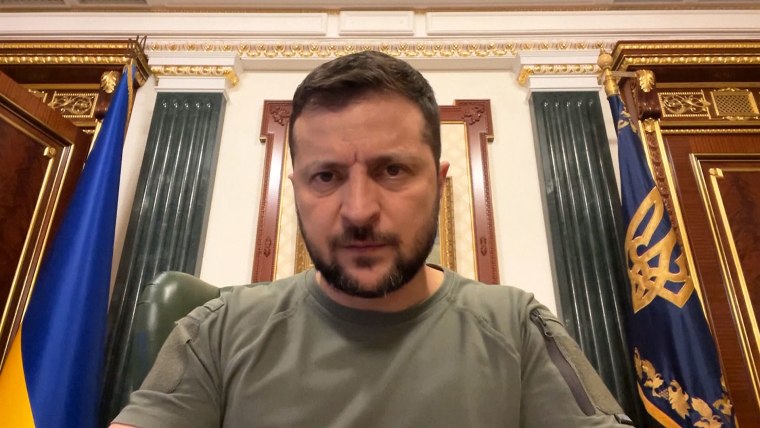 Ukrainians are intentionally being vague about whether they carried out the attack and how, Horowitz said, likely in an effort to obfuscate the actual weapon behind the attack while also spreading fear among Russian forces.

Not taking responsibility also mitigates the need for Russia to respond to the attack, which is in Kyiv’s interest and may also be a precondition for the use of Western-supplied weapons, he added.

The Kremlin has little incentive to accuse Ukraine of conducting strikes that caused the damage since that would concede the ineffectiveness of Russian air defense systems, the Institute for the Study of War, a U.S.-based military think tank, said in the aftermath of the incident. The Ukrainian sinking of Russia’s Black Sea flagship in April, a high-profile embarrassment for Moscow, had already revealed their vulnerability in that regard.

Ultimately, the blasts in Crimea could be a prelude to the much-anticipated Ukrainian offensive in the south.

Ukrainian officials were framing the attack as such, the institute said in another assessment Wednesday, suggesting that the “Ukrainian military expects intense fighting in August and September that could decide the outcome of the next phase of the war.”

“The strike has put a number of Russian aircraft out of combat, and may limit Russia’s ability to stop a Ukrainian attack,” Horowitz said. But Ukraine has its work cut out, he added, as Russia has sent a lot of reinforcements to the south and is aware that this may be the next major battle. So Kyiv will need to carry out multiple similar strikes against Russian military bases and weapons depots before launching any major offensive, he said.

Ukraine’s south has been the focus of growing international alarm in the past week over the situation at the Russian-controlled Zaporizhzhia nuclear plant.

United Nations Secretary-General Antonio Guterres called Thursday for an immediate halt to all military activity near the plant. The Security Council will be briefed later at Moscow’s request on what it claims were Ukrainian attacks on the site.

Kyiv has accused Russian forces of using the plant as a “nuclear shield” and being behind the shelling, which raised fears of a disaster worse than Chernobyl. Ukraine’s national energy company accused Russia on Thursday of launching new strikes against the plant.

Meanwhile, the Russian state news agency Tass quoted local Russian-installed officials as saying it was the Ukrainian forces behind the fresh shelling of the plant and its nearby town.

NBC News could not independently verify the claims from either side.

Caroline Radnofsky is a supervising reporter for NBC News’ Social Newsgathering team based in London.