CIA warned of rapid Afghanistan collapse. So why did U.S. get it so wrong?

Home WORLD NEWS CIA warned of rapid Afghanistan collapse. So why did U.S. get it so wrong? 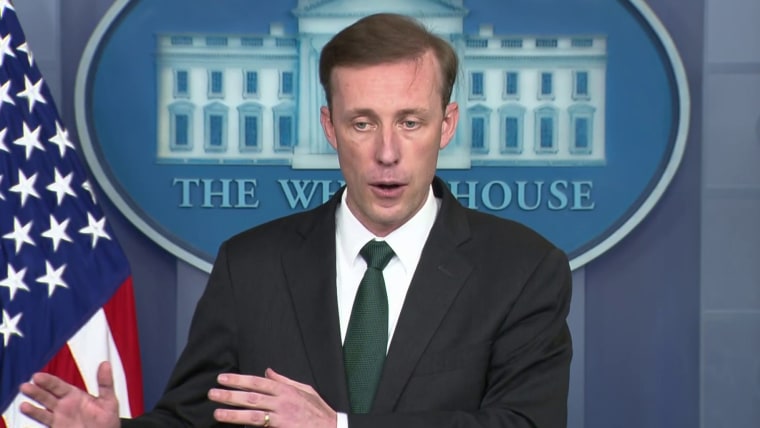 As the Taliban began seizing provinces across Afghanistan in recent weeks, the CIA’s intelligence assessments began to warn in increasingly stark terms about the potential for a rapid, total collapse of the Afghan military and government, current and former U.S. officials told NBC News.

In the end, the CIA’s description of what a worst-case scenario could look like “was pretty close to what happened,” one former official briefed on the matter said.

The White House won’t confirm whether President Joe Biden ever received such a dire forecast from his national security team. The president himself appeared to dispute a month ago that intelligence suggested the increasing likelihood that the Afghan military would fold.

But it is precisely that outcome that has emerged as one of the administration’s chief arguments to justify the president standing by his decision to end the U.S. military operation in Afghanistan.

“Afghanistan political leaders gave up and fled the country,” Biden told the nation Monday. “The Afghan military collapsed, sometimes without trying to fight. If anything, the developments of the past week reinforced that ending U.S. military involvement in Afghanistan now was the right decision.”

On the surface, it’s a stark contrast from what the president had said just a month ago. Speaking in the same room July 8, the president was asked directly about reports that he was presented intelligence predicting a rapid collapse of the Afghan government without a continued U.S. presence. At first, Biden challenged the premise.

“That is not true. They did not reach that conclusion,” he said then.

But when pressed on what the intelligence did say, Biden sidestepped the issue.

The answer was a resounding no. Now, national security agencies in the Biden administration are awash in recriminations and finger-pointing, as officials seek to explain why America’s longest war ended in not only defeat, but chaos. One theme that emerged from a series of interviews: There is plenty of blame to go around.

Top military officials, for example, are furious at Biden’s national security team because they wanted to start evacuating vulnerable Afghans as early as May but were not allowed to do so, multiple officials told NBC News. After their advice not to pull out was disregarded, Pentagon brass sought to exit as soon as possible in the interest of troop safety and planned to get all troops out by as early as July 4, according to a senior official.

As the July date approached, the White House grew concerned and ordered the military to delay and keep troops until Aug. 31, the official said.

“Intelligence clearly indicated multiple scenarios were possible: one of those was an outright Taliban takeover following a rapid collapse of the Afghan Security Forces and the government,” Milley told reporters at the Pentagon. “However, the timeframe of a rapid collapse, that was widely estimated and ranged from weeks, months, and even years following our departure. There was nothing that I or anybody else saw that indicated a collapse of this army and this government in 11 days.”

A senior intelligence official also said Wednesday that the Afghan government “unraveled even more quickly than we anticipated.”

But the official added: “We consistently identified the risk of a rapid collapse of the Afghan government. We also grew more pessimistic about the government’s survival as the fighting season progressed.”

CIA officials were taken aback by the rapid pace of the military’s pullout, including the dead-of-night withdrawal from Bagram Air Base in July, according to a former official. And many officials are expressing annoyance at the State Department, which officials say was extremely slow in processing the paperwork needed to deal with Afghan translators and others eligible for resettlement.

“Interagency coordination, especially among warfighters, diplomats and intelligence officers, is critical at times like this,” the former official said. “Obviously, it was deficient.”

At the State Department, officials are pointing the finger at Congress, which created an onerous 14-step process for the special visa program that diplomats by law must complete before they can issue the visas. No diplomat wants to be the one who cuts a corner and ends up admitting into the U.S. someone who could pose a risk, one diplomat said. Congress ultimately passed legislation streamlining and expanding the program, but not until the end of July.

The State Department also bristled at the suggestion that it acted too slowly in issuing visas, with one senior official saying the intelligence community bore some responsibility for not anticipating an immediate collapse.

Even under the grimmer contingencies the U.S. Embassy in Kabul had prepared for in the event of a rapid Taliban advance, the State Department anticipated it would have at least several months to continue operating safely in Kabul before the capital would fall, a senior official said. The official said the State Department had anticipated potentially needing security reinforcements but assumed they would still be operating in territory at least nominally controlled by the Afghan government, not the Taliban.

Another State Department official cast blame on the Trump administration, arguing that the incoming Biden administration had been left a significant backlog of special immigrant visas that could have been processed during the previous administration after former President Donald Trump signed an agreement to withdraw U.S. troops.

In his speech Monday, Biden said the buck stops with him and that the Taliban takeover happened faster than he had believed possible. But one of his allies in Congress, Sen. Mark Warner, D-Va., noted in a statement that “intelligence officials have anticipated for years that in the absence of the U.S. military the Taliban would continue to make gains in Afghanistan. That is exactly what has happened.”

Warner pledged “to ask tough but necessary questions about why we weren’t better prepared for a worst-case scenario involving such a swift and total collapse of the Afghan government and security forces. We owe those answers to the American people and to all those who served and sacrificed so much.”

The White House says it was prepared for all contingencies, including what has played out this week.

“When a civil war comes to an end with an opposing force marching on the capital, there are going to be scenes of chaos,” national security adviser Jake Sullivan told reporters Tuesday. “There are going to be lots of people leaving the country. That is not something that can be fundamentally avoided.”

He also acknowledged the debate about whether the U.S. should have drawn down its embassy and worked to evacuate Afghan allies sooner.

“We did dramatically accelerate the SIV process and move out a substantial amount of SIV applicants and families. But the Afghan government and its supporters, including many of the people now seeking to leave, made a passionate case that we should not conduct mass evacuation, lest we trigger a loss of confidence in the government,” Sullivan said. “Now, our signaling support for the government obviously didn’t save the government, but this was a considered judgment.”

Sullivan, like the president a month ago, seemed to dispute the idea that the president was presented with intelligence that the Taliban could take control of the capital within weeks.

“I’m not actually familiar with the intelligence assessments you’re describing. But I also don’t want to get into specific intelligence products,” he said. “And one thing I will not do from this podium or anywhere else is talk about what a different component of the inner agency did or didn’t do because from my perspective, we are one team with one mission trying to execute and do so in the best interest of our interest and values.”

Taken together, the White House’s statements now and those it offered a month ago present a delicate balancing act, taking steps to avoid stating publicly what it now offers freely: a lack of confidence in the elected government’s future.

When Biden had disputed dire intelligence warnings last month, he went on to say his own conclusion — specifying it was not the intelligence community’s — was that “the only way there’s ultimately going to be peace and security in Afghanistan is that they work out a modus vivendi with the Taliban and they make a judgment as to how they can make peace.”

That did not happen. As the Taliban were advancing, the administration pressed Afghan leaders to adopt a realistic military plan to consolidate their forces, regrouping and shoring up defense of key population centers so they could resupply, organize and take the fight back to the Taliban. Their refusal to do so was a major factor in their collapse, a source familiar with the matter told NBC News.

“Because they tried to defend everything, they wound up defending nothing,” the source said.

Current and former intelligence officials insist there was no intelligence failure. Rep. Peter Meijer, a Michigan Republican, said on MSNBC’s “Morning Joe” on Tuesday that the intelligence community failed to detect efforts by the Taliban to bribe, cajole and threaten local Afghan government officials in a successful effort to induce their surrender.

But U.S. officials took issue with that, saying they were well aware of Taliban efforts. They also reported that the Afghan military had stopped guarding the roads into Kabul, a troubling sign of how easy it might be for the Taliban to advance.

“It takes some serious gall to be angry from inside the Pentagon when they were telling us two weeks ago that Kabul wouldn’t fall for months, if at all this year,” said a senior congressional official who was regularly briefed on Afghanistan. The military, he said, “did not predict this complete collapse. So why would Biden be in a hurry if these military leaders were telling it wasn’t going to fall?”

Biden said the U.S. did not evacuate Afghan civilians sooner because “some of the Afghans did not want to leave earlier — still hopeful for their country. And part of it was because the Afghan government and its supporters discouraged us from organizing a mass exodus to avoid triggering, as they said, ‘a crisis of confidence.’”

But now, for many Afghans, the crisis is of a different order of magnitude. Many are miles away from the only way out at the Kabul airport, trying to decide whether to hold on to documents that prove their service to the United States — documents that could earn them a flight out, but could also get them killed.