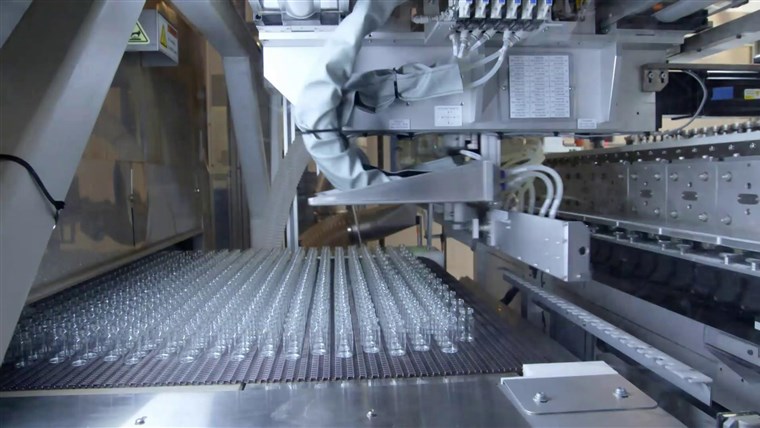 LONDON — Now the camera flashes have stopped, and an arduous journey begins.

The United Kingdom drew the gaze of the world Tuesday by administering the first clinically approved vaccine to patients. It was a rare moment of optimism in a hellish year.

But for all the morale boosting symbolism and political soundbites, this vaccine will make little practical difference to the vast majority of people for months to come.

A procession of mostly elderly patients — one memorably named William Shakespeare — earned rounds of applause and global attention as the first recipients of this groundbreaking medicine. But British doctors and nurses now face an unglamorous slog this winter that will be repeated in countries across the world.

The number of people receiving shots will be low at first — and it will take time to make any dent in a pandemic that’s killed more than 62,000 people in the U.K. and more than 1.5 million around the world.

“There is a danger that the next three months will see some of the worst outcomes of the pandemic before the vaccine really starts to take effect,” said Tim Colbourn, an associate professor of global health epidemiology and evaluation at University College London.

“It looks like the end could be in sight for the pandemic in the U.K. at least,” he added. “But there is a danger that people will take their eye off the ball before it’s finished.”

The U.K. has ordered 40 million doses of the BioNTech-Pfizer vaccine but most of these won’t arrive until next year. The first delivery of 800,000 shots will only be enough to inoculate 0.5 percent of the country’s 67 million people. This is in a country that has one of the world’s highest deaths per capita.

These first few shots will be given to people over the age of 80, nursing home staff and residents, and some front-line health care workers. With demand already throttling supply, exactly who takes priority has already been the subject of heated debate.

British officials say it may take until April to vaccinate everyone in nine identified priority groups, graded by age and underlying health conditions.

And it’s unclear whether it will stop them from transmitting the virus to others. Masks, social distancing and the risk to elderly, vulnerable groups are likely not disappearing any time soon.

Sarah Hartley is a nurse with Britain’s National Health Service who has been in extreme isolation since March because she has severe asthma. She was among the first to be vaccinated in the British city of Coventry on Tuesday.

“To have the vaccination now is just amazing because it means I’ll be able to return to work and feel more confident in returning to work safely,” she said. “I was delighted and proud to be one of the first in the country to receive it.”

But until it becomes more widespread, many experts say that governments need a better plan than just waiting for the shots to come.

Last month 79 scientists published a letter to the Lancet medical journal calling for a “sustainable strategy” to tackle the virus.

The recommendations were aimed at the U.K. but Colbourn, who was among the signatories, says they just as easily apply to the United States.

“We really hope that actually the Biden administration would be doing similar things to what we suggest in the Lancet paper,” he said. “This pandemic just hasn’t been managed very well in the U.K. the last few months,” he added. “It seems to be even worse in the U.S.”

The U.S. remains one of Covid-19’s global epicenters, with 4 percent of the world’s population but 19 percent of its coronavirus deaths — and thousands more dying every day.

President-elect Joe Biden has vowed at least 100 million vaccines will be administered in his first 100 days.

But the latest White House coronavirus task force report, obtained by NBC News, warns that until the 100 million Americans with underlying health conditions can be inoculated, this “will not substantially reduce viral spread, hospitalizations or fatalities.” That might take until late spring, it says.