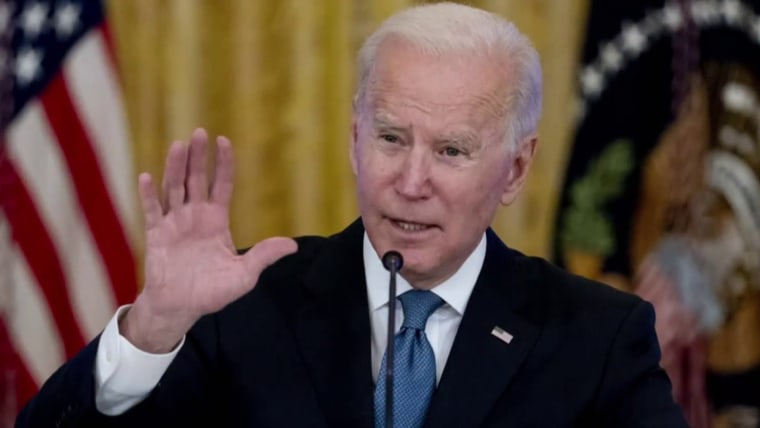 BRUSSELS — President Joe Biden heads to Europe Wednesday under increasing pressure at home and abroad to do more to aid Ukraine, as he tries to walk a fine line between providing support and deterring Russia while avoiding further escalation.

Biden was scheduled to travel to Brussels to attend a last-minute emergency meeting of NATO country leaders to discuss the response to the Russian invasion of Ukraine. While in Brussels, he also planned to attend a meeting of G7 leaders and a European Council gathering. He was then set to travel to Poland, which has found itself on the front lines of the military and refugee crisis, to meet with that country’s president.

The trip will provide a high-profile leadership moment on the world stage for Biden in one of the greatest periods of European conflict since World War II. But it will also come with pressure to respond to calls to do more for Ukraine from Democrats and Republicans at home, European allies, and Ukrainian President Volodymyr Zelenskyy.

“It will feel very flat if there is this giant meeting of NATO, the most powerful alliance in the world, and the only outcome from it is a statement of solidarity. That will not look like a strong move,” said Michael McFaul, U.S. ambassador to Russia under the Obama administration. “That will be demoralizing for Zelenskyy and uplifting for Putin.”

McFaul said he is also looking for the NATO and EU countries to come together at the summit on new sanctions against Russian oligarchs and top officials, to provide additional military equipment and to ratchet up economic moves, like an oil embargo.

“If we want to put more pressure on this economy, there is lots more we can do,” McFaul said. “I would hope of a meeting of so many people there would be something like that.”

White House National Security Advisor Jake Sullivan said there would be an announcement about additional sanctions and sanction enforcement efforts in the coming days, after the U.S. has met with its allies.

Sullivan said Biden will also discuss at the meetings Thursday what the long-term troop presence in Europe should look like. Another topic: the potential for Russia to use nuclear weapons and how the U.S. and its allies should respond if that occurs.

If Biden and the other heads of state gathering fail to strike the right tone, they risk a split-screen moment where they will appear to be comfortably gathering in Brussels and posing for photos while images of a humanitarian crisis play out on television and Ukraine’s Zelenskyy pleas for help as his capital is under assault.

“I worry that it’s a lot of hoopla. There’s a lot of expectations and there’s a lot of demands for the U.S. and NATO and the EU to do more because of what we’re seeing on our television screens every hour,” said Barry Pavel, who was a defense policy and strategy advisor to the National Security Council during the Obama and Bush administrations. “So I’m worried that if it’s just more of the same it could end up not helping, but end up underwhelming. So I think it’s a fine line that’s going to be tread here, and I hope the administration errs on the side of doing a lot more.”

At home, congressional lawmakers on both sides of the aisle have been pushing Biden to do more to support Ukraine, particularly around that nation’s request for fighter jets and additional sanctions on Russian oligarchs. Republicans have seized any opportunity to accuse Biden of being weak on Putin.

White House officials say a key purpose of the trip, along with discussing how to coordinate their assistance for Ukraine, will be to reassure NATO countries of the U.S.’s support and act as a show of unity against Russia that could deter a potential invasion into NATO territory.

“I think what’s important to remember here, from the beginning of the president’s presidency, but also certainly over the last couple of months, unity has been front and center for the president in terms of what will make us successful over time,” White House press secretary Jen Psaki said on Monday. “Unity with our European counterparts, unity among NATO, unity among the G7, and that doesn’t happen by accident.”

While NATO member countries, which range from Canada to Lithuania to Turkey, have shown a united front so far, that unity may become harder to maintain as the conflict continues and the decisions being made get more complex and carry more weight.

“I think Biden will want to do everything he can to praise the alliance for the unity it has shown and try to ensure that unity continues,” said James Goldgeier, a visiting fellow at the Center on the U.S. and Europe at the Brookings Institution. “The longer the war goes on, the more chances there are of differences to emerge so he will want to use this trip in order to keep this alliance unified.”

Reassurance from the U.S. that it will defend NATO members is also still greatly needed after former President Donald Trump repeatedly criticized NATO and publicly mused about withdrawing U.S. support while pushing for Russia to become a member of the G7, foreign policy experts said.

Among the allies Biden will be seeking to reassure and offer support for will be Poland, which has found itself on the front lines of the refugee crisis while Russia missiles have struck miles from its border.

During Biden’s stop in Poland, he plans to meet with Polish President Andrzej Duda Saturday to thank him for his efforts and the work his nation has done to welcome Ukrainian refugees, the White House said. Biden’s visit follows trips to Poland by Vice President Kamala Harris, a Congressional delegation and Secretary of State Antony Blinken.

Poland has become a crucial ally for the U.S., taking in millions of refugees and hosting thousands of U.S. troops. In Warsaw, where Biden plans to stay, 300,000 refugees have arrived, straining the resources for the city of 1.8 million.

The country will also be a main supply route for military equipment entering Ukraine, putting it at risk of becoming a potential target by Russia.

In Poland, Biden will also meet with U.S. troops and experts in the humanitarian response, Sullivan said.

Poland has been pushing the U.S. to do more to get involved in the conflict, including a proposal for a NATO peacekeeping mission to Ukraine. It has also appeared to be out of step with the White House on some fronts: Earlier this month, it sought to donate Soviet-era MiG 29 aircraft to Ukraine, a move the Biden administration rejected, saying it could escalate the war.

“It will be important to reassure Poland that the U.S. and others have their back when they are doing so much,” said Sean Monaghan, an expert in European defense at the Center for Strategic and International Studies. “So there’s a clear reassurance job there.”