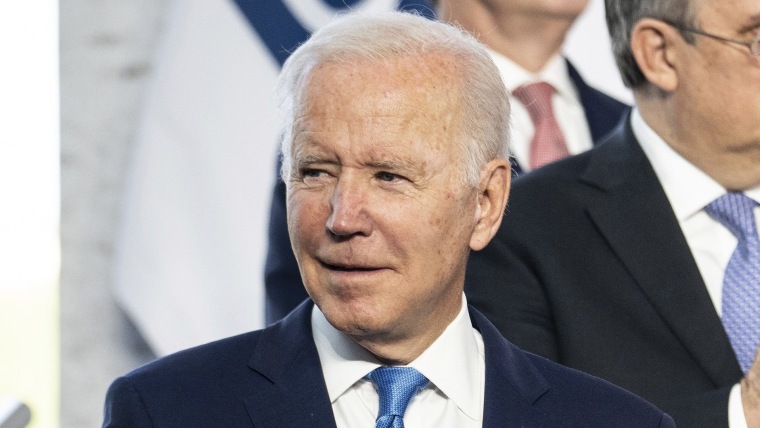 ROME — President Joe Biden on Sunday said that G-20 leaders had made “tangible progress” on shared challenges including climate change, as pressure ramps up for the United States and other high carbon-emitting countries to commit to more aggressive action at this week’s United Nations climate summit.

When asked at a press conference Sunday evening to respond to disappointment from some experts that the G-20 climate commitments had not gone far enough, Biden said the disappointment “relates to the fact that Russia and China basically didn’t show up.”

The president also expressed confidence that his infrastructure and social safety net bills would pass in Congress next week, which he said combined would allocate $900 billion towards climate initiatives.

The Biden administration used the G-20 in part to encourage oil-rich countries to produce more as energy prices in the U.S. continue to rise, leading to higher gas prices and electric bills for Americans. Biden has been criticized by some climate experts for encouraging oil production, rather than using the moment to accelerate the break away from oil dependency and transition to clean energy.

“On the surface it seems like an irony,” Biden acknowledged, but said that the suggestion that “we will be able to move to renewable energy overnight” was “just not rational.”

His news conference wrapped up his three-day trip to Rome for the Group of 20 summit — an annual gathering of international leaders representing the world’s biggest economies — that included developments on a wide range of global economic priorities, from the rollback of steel and aluminum tariffs to development toward a global corporate minimum tax.

An early August poll from Gallup suggested that six months into Biden’s presidency, global approval of the U.S. had rebounded from record lows under the Trump administration. The median approval of U.S. leadership was 49 percent, up from 30 percent at the end of President Donald Trump’s term.

Still, Biden arrived in Rome looking to mend relations with European allies like the French, who said they were blindsided by a deal between the U.S. and Australia for the purchase nuclear-powered submarines. Some European allies also felt they were not fully consulted on the U.S. withdrawal from Afghanistan.

As the president makes the case for his agenda abroad, he faces trouble back home. The infrastructure or social safety net bills still have not passed despite signs of progress, and his domestic approval rating has dropped to 42 percent, according to results from the latest national NBC News poll.

“I’m not running because of the polls,” Biden told reporters.

Part of the commitments Biden made abroad rely on Congress’ approval. For example, the minimum tax on corporations endorsed by the G-20 heads of state will require Congressional action in order to be implemented in the U.S. Many of the climate goals the president outlined will also realistically need to be addressed in Congress in order to have a meaningful impact. Executive actions can be easily undone by following administrations, as was the case when Trump undid many Obama-era climate actions.