‘A heavy disaster’: More than 40 killed in stampede at religious festival in Israel

Home WORLD NEWS ‘A heavy disaster’: More than 40 killed in stampede at religious festival in Israel 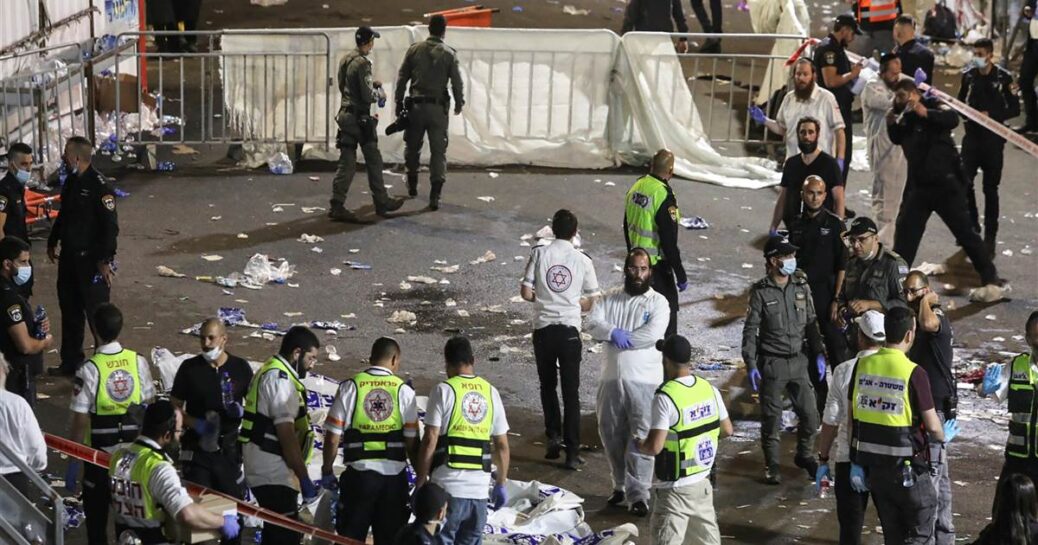 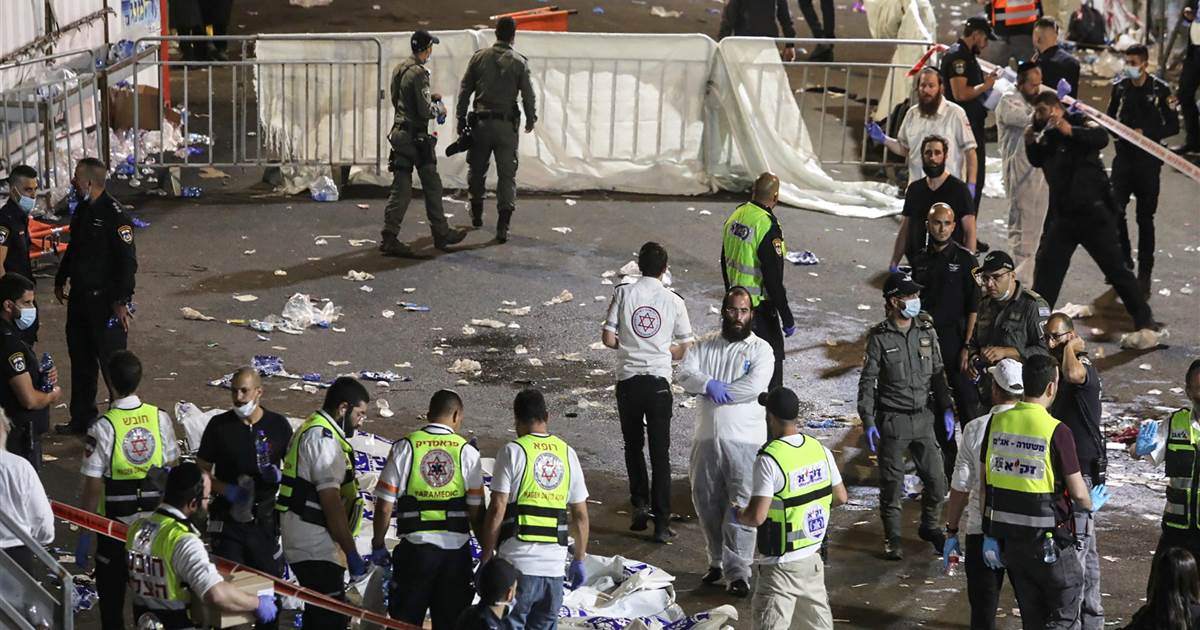 JERUSALEM — At least 44 people were killed and more than 150 were injured in a stampede at a religious festival in northern Israel, medical officials said Friday. It was one of the country’s deadliest civilian disasters.

Prime Minister Benjamin Netanyahu said children were among the dead, and he declared a national day of mourning Sunday.

The stampede occurred during celebrations of Lag BaOmer, at Mount Meron, the resting place of a second century sage and mystic, Rabbi Shimon bar Yochai.

Each year, tens of thousands of people, mostly ultra-Orthodox Jews, gather to celebrate the rabbi and traditionally light bonfires as part of the celebrations.

“People came to celebrate Lag BaOmer and Rabbi Shimon bar Yochai and unfortunately were literally crushed to death,” said Dov Maisel, of United Hatzalah, an Israeli volunteer emergency medical services organization that was on the scene.

Stills from drone video taken of the event Thursday showed what appeared to be thousands of people gathering for the festivities.

One video posted on social media overnight appeared to show a mass of people spilling down an open-air corridor, amid what appeared to be a cacophony of alarmed sounds as people were carried along with the crowd.

In a separate video, people appear to be being pulled back and forward by the momentum of a crowd.

Avi Maruc, head of United Hatzalah’s medical department, told NBC News how in the early hours of Friday he had performed CPR on around two dozen people, including a teenager, who he had found collapsed on the stairs.

“There were a lot of people just lying on top of the other, not breathing,” he said. “People were suffocated because they fell on top of each other.”

Maruc said that, having worked more than 18 years a paramedic, it was surreal to see people not bleeding, but suffocated.

“It’s a scene that doesn’t make sense,” he said.

A 24-year-old witness, identified only by his first name, Dvir, told the Army Radio station that “masses of people were pushed into the same corner and a vortex was created,” according to The Associated Press.

He said a first row of people fell down, and then a second row, where he was standing. Then he also began to fall down from the pressure of the stampede, according to the news agency.

Video put out by The AP appeared to show the moment that the festivities were interrupted, music cut and crowds of dancing revelers and others milling around were told to clear the area.

Photos from the aftermathshow rows of wrapped bodies, and others showed bodies being lifted into ambulances by rescue workers.

Netanyahu visited the scene and described it as one of the “heaviest disasters” to befall Israel.

“There were heartbreaking sights here, people crushed to death, including children,” he said. “A large proportion of those who have perished have not yet been identified. … This is tearing up the hearts of families.”

The prime minister said he was grateful for the “rapid” rescue operation and said a thorough investigation would be conducted.

Video posted on social media appeared to show angry crowds shouting at Netanyahu during his visit and blaming him for what happened.

The Israeli Defense Forces said search-and-rescue brigade troops and medical teams were helping evacuate the casualties and providing treatment at the scene.

The mass gathering overnight was held after Israel had relaxed nearly all of its pandemic restrictions following a successful national vaccination campaign.