Home TRAVEL What the Maldives looked like before mass tourism 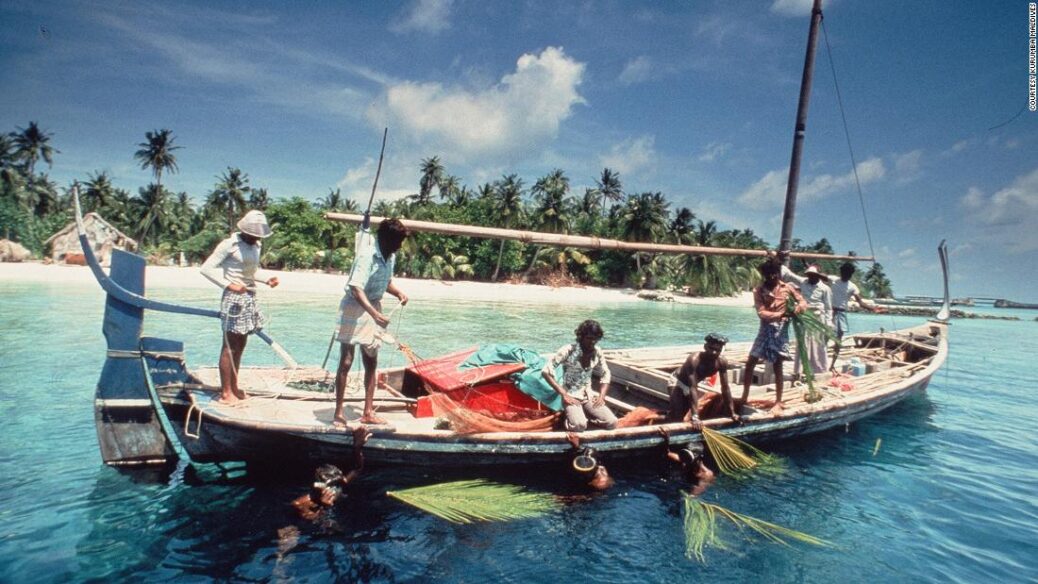 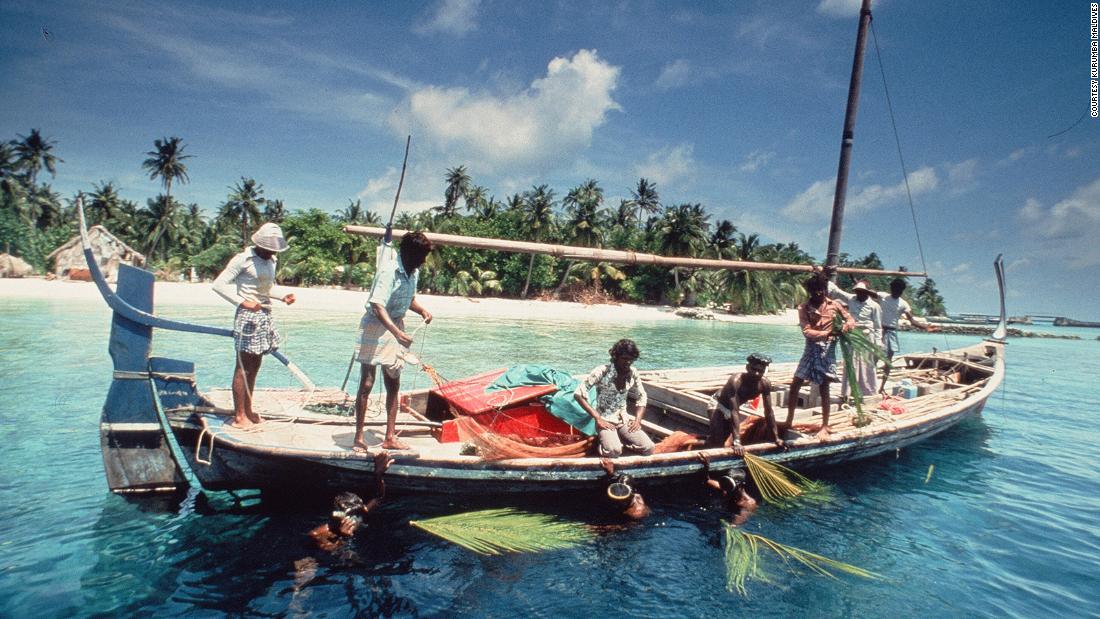 But believe it or not there was a time when the Maldives wasn’t one of the most glamorous getaways in the world.

When Mohamed Umar “MU” Maniku and three friends opened Kurumba, the country’s first tourist resort, in 1972, there wasn’t even a dock. Visitors had to wade in waist-high water to get from the boat to the beach.

The first visitors were mostly journalists and photographers from Italy.

Even though there weren’t glass-bottom overwater villas and seaplanes yet, it was clear that the Maldives was already working its magic. Today, there are more than 100 resorts spread across more than 1,200 islands.

Meet the island pioneer behind the country’s first tourist paradise in the Indian Ocean.

Kurumba, which means “coconut” in the Maldives’ local Dhihevi language, was originally an uninhabited coconut farm. Now it has all the expected bells and whistles of a luxury Maldives resort.

Still, though, it’s nice to think about how things were in the early days of the tourism industry here. Some people call MU “the man who built paradise,” and it’s a moniker he well deserves.

The first guest accommodations were made out of coral and limestone. Anything that didn’t grow locally had to be brought in by ship and could take as long as three months to arrive.

Newspapers arrived months late and telephone services were inconsistent. Forget to pack toothpaste and you were on your own, as there were no shops on the island.

Before tourism, there were only about two residents on the island where Kurumba now sits.

And you can forget about joining a stand-up paddleboarding class or being whisked off by speedboat to a remote island for a romantic dinner under the stars.

There wasn’t much for travelers to do besides fishing and sunbathing, which they enjoyed — perhaps a little too much.

“They were very happy,” MU recalls. “Some of them, you know, sunbathing so much they were like lobsters.”

A traditional fishing excursion gets to the heart of the country, even if you don’t catch any fish.

Though Kurumba these days is more about upscale villas and fine dining restaurants, MU’s description of the early days sounds more like a hippie escape.

In the guest rooms, the taps poured out brackish water. The toilets back then could politely be described as “weird.”

It could have been a risky proposition — bringing people out to an isolated, faraway island in the Indian Ocean. But for MU, it was the most logical decision in the world. “I never doubted it,” he says.

Luckily, a few things haven’t changed. They still harvest coconuts the old-fashioned way, shimmying up the side of a tree, which is harder than it looks.

The breathtaking views that first brought people to paradise are also every bit as gorgeous now as they were when MU was a boy. And as an older man beyond normal retirement age, he still can’t bear to tear himself away.

“If I can’t come here (every) single day and then walk around here… it’s like, something is missing in my life,” he says.

MU is far from the only person so captivated by the beauty of the Maldivian islands that they don’t want to live anywhere else.

Denise Schmidt originally came from her native Germany to the Maldives to work as an intern at a hotel. Now, she lives there full-time with her husband, Ali Amir. They work as the managers of the Reethi Beach Resort on peaceful Baa Atoll and have a young daughter who gets to grow up in paradise.

Schmidt’s original six-month stint has now turned into years, and it’s not hard to understand how someone could be mesmerized by the scenery here and want to stay forever.

“I think there is an island for everybody’s liking and disliking,” Schmidt says diplomatically — although it’s hard to visualize an island here that somebody could dislike.

Isolation could be one of the downsides to living on a remote island, but in the pandemic era, that’s something the Maldives has used to its advantage.

Coral gardening in the Maldives

Even before Covid-19 reared its head, there has been trouble in the Maldives paradise. The threat of climate change and rising seas is an existential threat to these low-lying islands, at one point prompting the radical suggestion that the entire country relocate.

The delicate environmental balance here is visible beneath the waves on a snorkel safari of the many coral beds, which are facing damage from pollution, erosion and climate change.

Hussain “Sendi” Rasheed is widely regarded as the father of the Maldivian diving industry, having become the country’s first PADI-licensed Instructor Trainer, getting his certification in 1986. As the country’s then-fledgling tourism industry was taking off, he began taking on more and more students. Now, he reports that more than 1,600 people have followed in his flipper steps.

A view through a snorkel mask reveals more than colorful fish — it’s a window into the DNA of this tropical paradise.

“You come up happy, a different person,” he says of the underwater experience. And considering the warm, happy perma-smile attached to his face, it’s clear Rasheed knows what he is talking about.

But teaching people how to dive is only a fraction of Rasheed’s true calling, caring for the Maldivian waters.

He has worked to outlaw killing sharks for recreation and selling their teeth as souvenirs. This hard work paid off in 2010, when the Maldives became one of only a handful of countries in the world to completely ban shark fishing. His 2019 induction into the International Scuba Diving Hall of Fame further cemented his legacy as a guardian of the ocean.

“Every single species that lives here is important to us,” he says, glancing over the aquamarine water. Sure, sharks might seem scary, but they are a key part of the underwater ecosystem. Coral provides a home for fish. Fish are food for sharks. The cycle of life just a few inches below the surface.

Enjoying a luxurious beach getaway while also helping to preserve the sea for future generations — what’s more soothing than that?