The gigantic boat that can carry cruise ships

Home TRAVEL The gigantic boat that can carry cruise ships 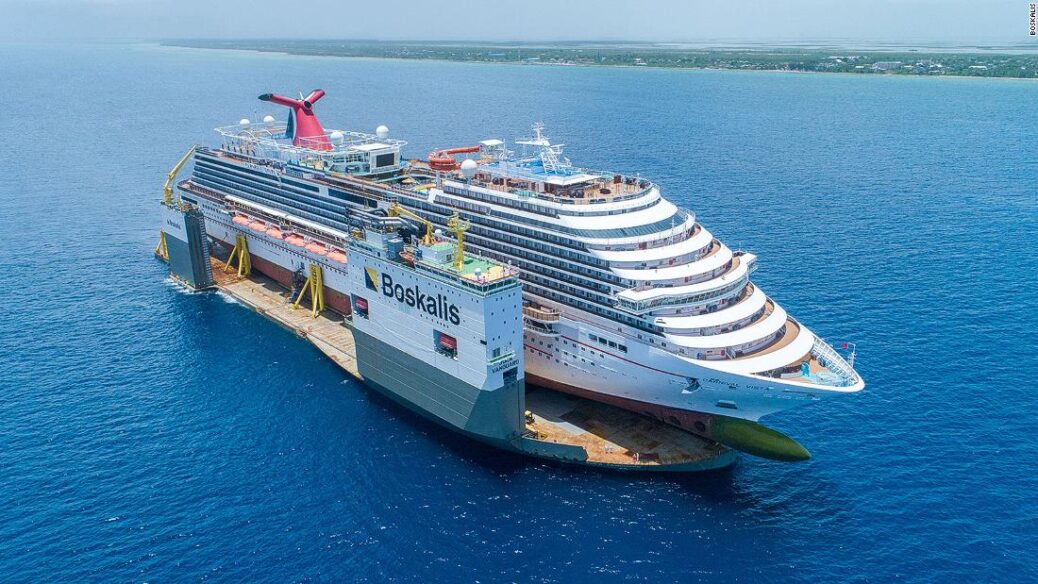 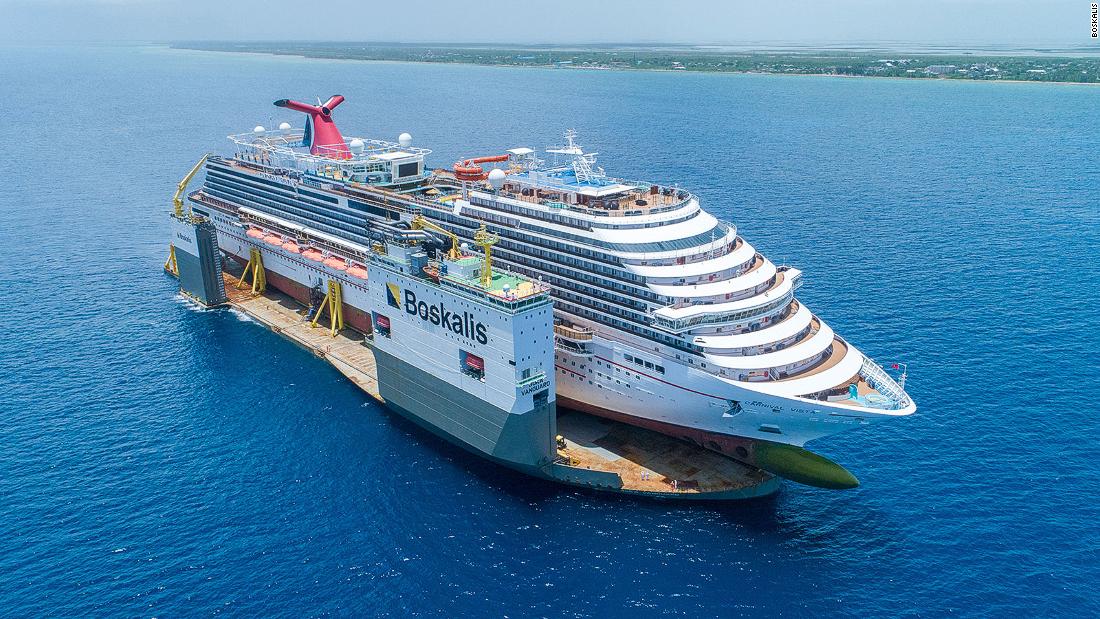 (CNN) — Few man-made movable structures are larger than a modern cruise ship, but even those giants of the sea sometimes need someone to lend them a hand to get to port.

So what do you do when one of these giants of the sea is unable to move on its own power?

You call a ship-carrying ship, or, to be more precise, a “semi-submersible heavy transport vessel,” such as the Boka Vanguard.

Constructed in 2012, the 275-meter-long Boka Vanguard is the largest ship of its kind. Typically it transports large offshore oil and gas structures, but occasionally it will be called on to to carry other vessels — such as happened with the Carnival Vista back before the pandemic.

The Carnival Vista is the second largest in Carnival’s fleet, with capacity for 4,000 passengers and 1,500 crew, and in July 2019 it needed rescuing after experiencing a malfunction in Caribbean waters.

Cranes aren’t really an option when you need to lift a 133,500-ton ship out of the water (the largest cranes in the world lift about 20,000 tons), so the Boka Vanguard uses a rather different approach.

This peculiar-looking vessel has a flat, open central deck — completely empty — with five large vertical wall-like structures protruding from its sides. The control bridge and the crew’s living quarters are nested in one of them, which is considerably larger and taller than the other four.

The ship’s awkward shape hides a complex system of ballast tanks that makes it possible for it to become semi-submerged, with only the top of the vertical structures remaining over water. Different types of floating cargoes, including whole ships, can then slide onto its deck to be properly fastened. This is called the “float-on” operation.

Once the cargo has been secured on deck, the ballast tanks can be emptied for the Boka Vanguard to emerge again from the water, lifting its heavy cargo upwards with it. It can then start its journey just like any other ship. When it has arrived at its intended destination, the process is reversed. This is the “float-off” stage.

“We simply take advantage of Archimedes’ law to lift some massive cargoes,” says Michel Seij, global engineering general manager at Boskalis, the Dutch company that owns Boka Vanguard. You might remember the Archimedes principle from the “Eureka!” story — any body submerged in fluid is acted upon by an upward force, with a magnitude equal to the weight of the fluid displaced by the body.

The oil and gas industry

Boskalis ships, for example, have assisted in the transportation of two US Arleigh Burke Class destroyers after they were both damaged in two separate collisions with merchant ships in Asian waters in 2017, USS Fitzgerald (DDG-62) and USS John S. McCain (DDG-56). Although on that occasion it was not the Boka Vanguard, but two smaller semi-submersible heavy lift ships, the Transshelf and Treasure respectively.

Ship-carrying isn’t among the most common assignments for this type of ships. The bread-and-butter work is moving platforms and heavy equipment around the world’s major offshore oil and gas fields. But you never know.

In the case of the Carnival Vista, the need to call in the Boka Vanguard arose when the ship’s propulsion system malfunctioned and the only dry dock in the region wasn’t available. An alternative solution had to be found.

“We were called in at short notice, but we managed to dispatch the ship quickly. It took a couple of weeks for our ship to get to the Caribbean from Europe and another week to take care of all the necessary arrangements. What followed was a very smooth operation and the cruise ship was safely transported to Freeport, Bahamas. During this operation part of the cruise ship’s crew remained on board,” says Seij of the Carnival Vista dry-docking operation.

The Boka Vanguard is not only the largest ship of its kind, making it possible for it to comfortably contain the 325-meter-long Carnival Vista within its structure, but it can also be used as a moving dry-dock, making it possible to conduct maintenance on the ship while underway or in port.

This was the case with the Carnival Vista, a clockwork operation assisted by multiple smaller vessels, that has provided us with mesmerizing footage of the whole sequence.