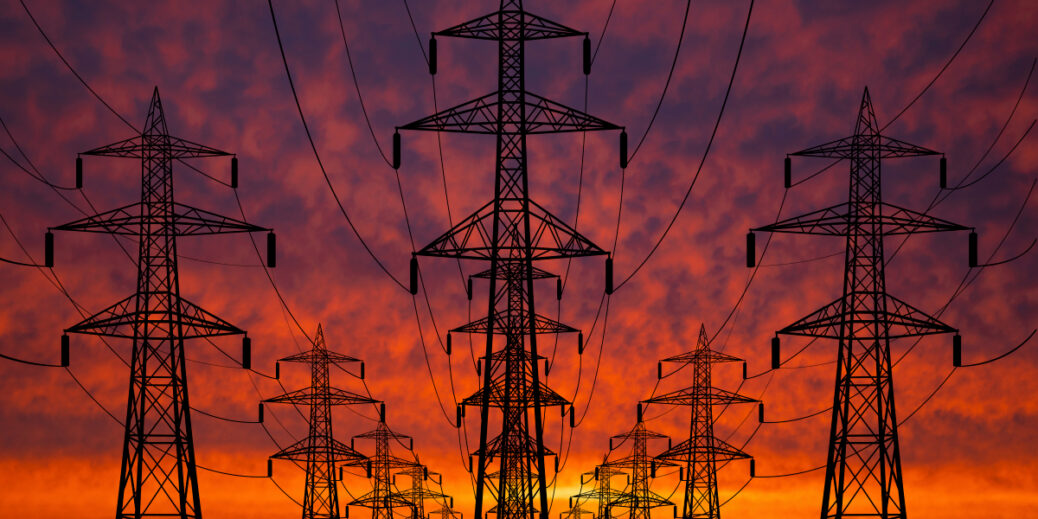 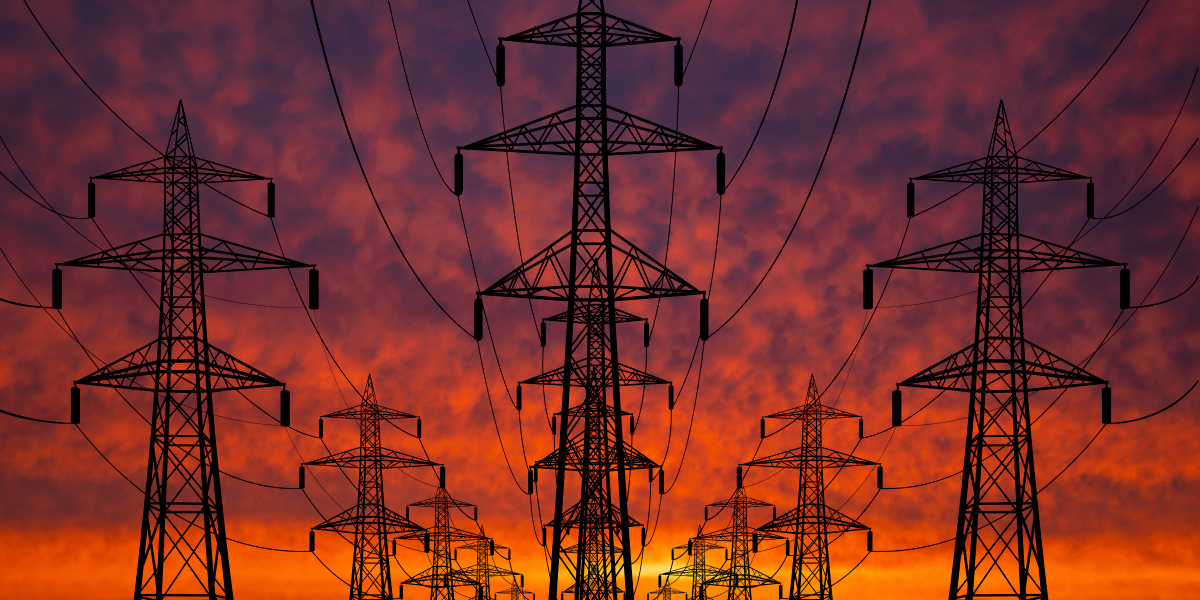 The US needs to add hundreds of thousands of miles of transmission lines in the coming decades to weave together fragmented regional power systems into an interconnected grid capable of supporting a massive influx of renewables.

A national network of short spur lines and long-distance, high-voltage wires would deliver wind, solar and hydroelectric power to where it’s needed when it’s available across the country. It could help provide reliable backup power when heat waves or winter storms cause regional power shortages, and keep up with soaring demands as homes and businesses increasingly come to rely on electricity to power their vehicles, heating systems, and more.

It’s a grand vision with a few serious flaws. For starters, it will be massively expensive. A Princeton-led study found it will take an additional $350 billion for the US to develop the transmission capacity needed just in the next nine years. That’s under a scenario in which wind and solar provide half of the country’s electricity by 2030, putting the nation on track to zero out emissions by midcentury.

Even if the government and businesses free up the necessary funds, there’s a trickier challenge ahead: states, counties, cities, and towns across the nation would need to quickly sign off on a multitude of new transmission lines. And the US has become terrible at permitting such multi-state projects.

A series of efforts to deliver cheap, clean hydro power from Canada, wind from the Great Plains, and a blend of renewables from the Southwest have been mired in legal battles for years, or rejected, often because a single region balked at having the wires cut through its land. Even those large grid projects that do get built can easily take a decade to work through the approvals process.

Some help may finally be on the way. The roughly $1 trillion infrastructure package moving forward in the Senate, which has bipartisan support, provides billions of dollars for transmission lines. It also includes some provisions that might prove even more important than the money, by enhancing and clarifying federal power over project approvals.

Still, the package would represent just a small down payment on the investments and permitting changes that will be required.

The US doesn’t have a single grid. It has three aging, disconnected systems, largely built around the middle of the last century, with limited abilities to swap electricity across states and larger regions. That’s a problem because power plants can be hundreds of miles away from major cities, where the demand for the electricity is greatest.

The isolated grids mean that electricity from fluctuating sources like solar and wind can only be shipped so far, wasting some portion of the output and driving down prices when generation outstrips regional demand during particularly windy and sunny periods (which is occurring more and more as those sources make up a greater share of the electricity supply). For instance, California can’t ship its excess solar power to the Midwest during the middle of a summer day, or draw on the steady wind power from, say, Oklahoma when the sun starts to dip on the West Coast.

But operators of an integrated grid could tap into the lowest-cost electricity available across a far larger area and deliver it to places with high demand, notes Doug Arent, an executive director at the National Renewable Energy Laboratory. Whatever renewable sources are cranking out electricity at the time, whether it’s wind in Wyoming or solar in Florida, could find a willing market.

Long-distance, high-voltage transmission lines also enable more development of solar, wind, hydro, and geothermal plants in the regions blessed with the weather, geology, or waterways to supply them: developers will be able to count on larger customer bases in cities that may be a time zone or two away.

A recent Lawrence Berkeley lab presentation noted there’s already more than 750 gigawatts of power generation proposals in the queue across five regions of the US, awaiting transmission connections that could deliver the electricity to customers. The vast majority of them are solar and wind projects. (By way of comparison, the US’s entire fleet of large-scale plants can generate a little more than 1,100 gigawatts.)

Other countries are zipping ahead in this area. China has emerged as the world’s clear leader in high-voltage transmission, building tens of thousands of miles of these lines to connect its power plants with cities across the vast nation. But while China developed 260 gigawatts of transmission capacity between 2014 and 2021, all of North America added just seven, according to a survey conducted by Iowa State University.

“The US is lagging behind, yet it has every reason to catch up,” James McCalley, a professor of power systems engineering at Iowa State University and a coauthor of a national grid study published late last year, said in a statement.

A fraction of what’s needed

So how could the US begin to close that gap?

First, it will need more money. While the Biden administration has boasted that the infrastructure package provides $73 billion for “clean energy transmission,” those funds are spread across a wide array of efforts, including research and development as well as demonstration projects in areas like carbon capture and clean hydrogen.

The current version of the infrastructure package sets aside only about $10 billion to $12 billion specifically for erecting transmission towers and wires, notes Rob Gramlich, president of power consulting firm Grid Strategies.

That’s a fraction of the amount the Princeton study found the US will need to put in work in the next nine years. While federal spending is designed to unlock private capital, the US would still need to invest tens of billions more to get to the necessary scales this decade, says Jesse Jenkins, a coauthor of the Princeton study and an assistant professor at the university.

It also establishes a $2.5 billion revolving loan program for projects, which effectively makes the Department of Energy the initial customer for new transmission lines. This federal financing could help get time-consuming but necessary transmission projects under way before the developer has lined up customers. That could ease the perpetual chicken-and-egg problem between building more electricity generation and constructing the lines needed to transport it, observers say.

Eventually the federal government can sell those rights to clean electricity plants that need access to the lines.

It’s a promising policy tool that “just needs another zero in that budget line,” Jenkins says.

Though short on money, the proposed infrastructure bill does address approval logjams.

A long-running challenge in many parts of the US is that electricity generating capacity and energy demands grow faster than transmission systems. People and businesses want cheap, reliable electricity, but few embrace the necessary towers and wires—especially if they seem to deliver electricity and economic benefits mostly to far-off areas. There are often aesthetic, environmental, social justice, and business competition criticisms as well.

“If we are going to meet our climate goals, we have to figure out ways to approve these big transmission projects—and historically we’ve struggled to do so,” said Lindsey Walter, deputy director of the climate and energy program at Third Way, a center-left think tank in Washington, DC, in an email.

A 2005 energy law sought to address these tensions, granting the Federal Energy Regulatory Commission (FERC) the ability to step in and sign off on projects that could alleviate transmission constraints in certain areas designated national electric transmission corridors. But so far, the Department of Energy has only designated two such areas, in the mid-Atlantic and in Southern California.

In addition, a federal court of appeals ultimately limited FERC’s authority, finding it only had the right to sign off on projects if states or other jurisdictions held up an application for more than a year. It did not have the ability to overrule state rejections of applications under the law, the court ruled.