Asteroid Bennu may have been home to ancient water flows 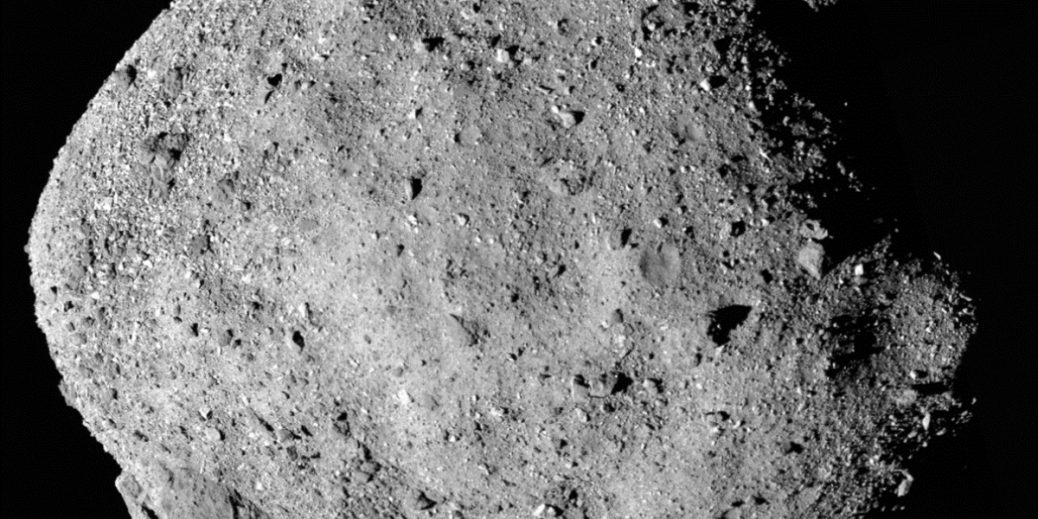 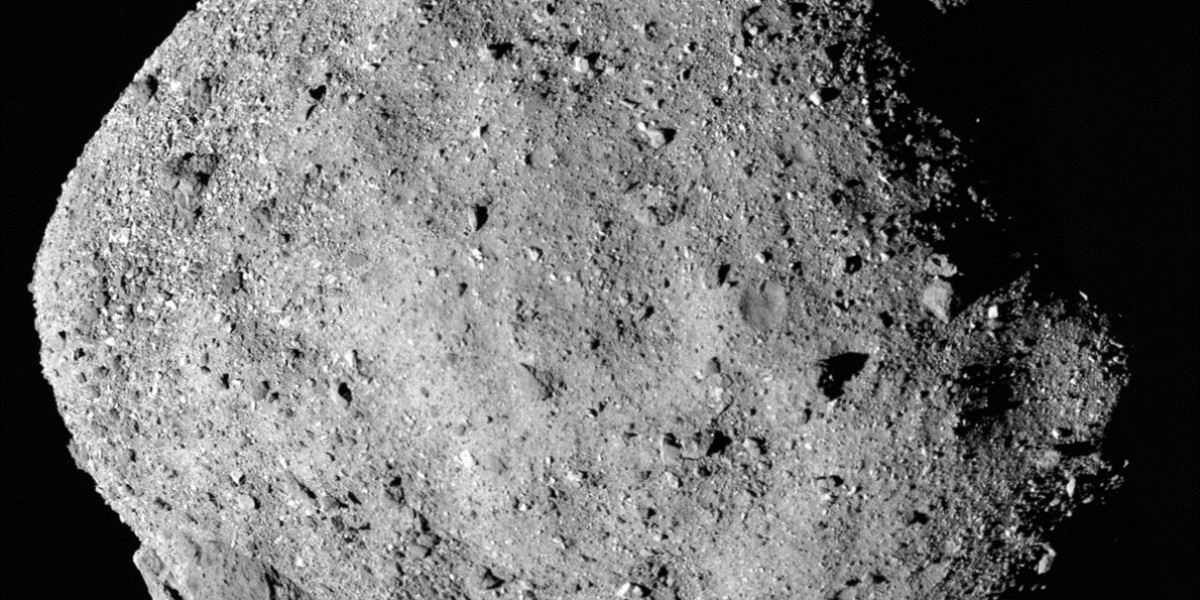 Perhaps as a prelude to this attempt, researchers just published a number of new studies about the geochemistry of Bennu today in the journals Science and Science Advances, providing some of the biggest revelations to date. Here are the most compelling.

In the first Science study, scientists used high-resolution images taken by OSIRIS-Rex, as well as spectroscopy (which involves analyzing electromagnetic waves emitted from Bennu to determine its chemistry), to better understand the composition and history of the asteroid’s Nightingale crater region, where the sample will be collected.

They found that boulders in this area showed bright veins, narrow in width but about a meter in length, similar to what’s found in other carbonaceous chondritic meteorites that have landed on Earth. In those cases, the veins indicate that the rock had once interacted with flowing water.

So naturally, for Bennu, “the veins suggest that water flowed through this asteroid very early in the solar system’s history,” says Hannah Kaplan, a planetary scientist with NASA’s Goddard Space Flight Center in Maryland and the lead author of the study. From the size of the veins, the researchers estimate that there was “a system of fluid flow that extended kilometers in size” back when Bennu was part of a much larger parent body. These water flows could have lasted for up to millions of years. Similar phenomena likely occurred on many other carbonaceous chondritic asteroids as well.

Another Science study used infrared spectroscopy to demonstrate how widespread carbon-bearing minerals and hydrated clay minerals were across Bennu’s surface. According to Amy Simon, a planetary scientist at NASA’s Goddard Space Flight Center and the lead author of this study, these minerals are found all over Bennu (though they are particularly concentrated in specific boulders). This is very good news, since it means “we should find both [materials] in our returned samples,” she says.

Scientists think that Bennu formed from the rubble of a collision its parent body experienced in the main asteroid belt of our solar system. The remnants that came together as Bennu soon migrated out to an orbit closer to Earth. According to Simon, this process may be one way that small asteroid bodies delivered organics and hydrated minerals to the inner solar system, where they later became part of planets like Earth.

One study published in Science Advances used infrared cameras to investigate the boulders and rocks that make up Bennu’s rubble-pile structure. The findings reveal that two types of rocks are common on Bennu, but one type is much more porous and brittle than rocks found on Earth, the moon, or Mars. “It is likely that we don’t have similar specimens in meteorite collections on Earth, because Bennu’s rocks are likely too weak to survive atmospheric entry,” says Ben Rozitis, a researcher at the Open University in the UK and the lead author of this study. “It is likely that OSIRIS-REx will bring back asteroid samples not previously studied by scientists in the laboratory.”

Things in space can weather down just as they do on Earth—only out there, the main forces to reckon with are solar winds and granular matter like micrometeorites. Daniella DellaGiustina, a research scientist with the University of Arizona, led a study in Science that looked at signs of this weathering on Bennu.

As it turns out, weathering is a strange process on Bennu. While most other asteroids and the moon darken (or redden) as they are weathered, Bennu actually brightens (or gets bluer). “It tells us that something about Bennu’s surface is quite different from other planetary objects we’ve observed,” says DellaGiustina. The darker the surface on Bennu, the better preserved that area should be. It just so happens Nightingale is one of the darkest areas of Bennu, which means it might be an undisturbed record of some of the most ancient activity in the solar system.

Another study in Science Advances focused on characterizing Bennu’s weak gravitational field by observing the motion of OSIRIS-REx as it orbited the asteroid, as well as the behavior of pebble-size grains of debris ejected from its surface. The measurements suggest that the asteroid’s rubble pile is unevenly distributed along its surface and is especially light at the asteroid’s equator. These data make sense with models that suggest Bennu had a period of rapid rotation at some point in its history (a hypothesis supported by another Science Advances study, looking at the hemispherical asymmetry of Bennu).

“Even though the current measurements do not definitively solve all of our questions on how rubble-pile asteroids evolve, they do significantly narrow the range of options and will provide more focus on our future investigations, both theoretical and in situ,” says D.J. Scheeres, an aerospace engineer at the University of Colorado, Boulder, and the lead author of the study.

Scheeres adds that the study also validates a novel research technique for assessing a small body’s gravitational field by studying the particles it ejects. Future missions to other asteroids can now build on this method, and try to make it faster and more accurate.