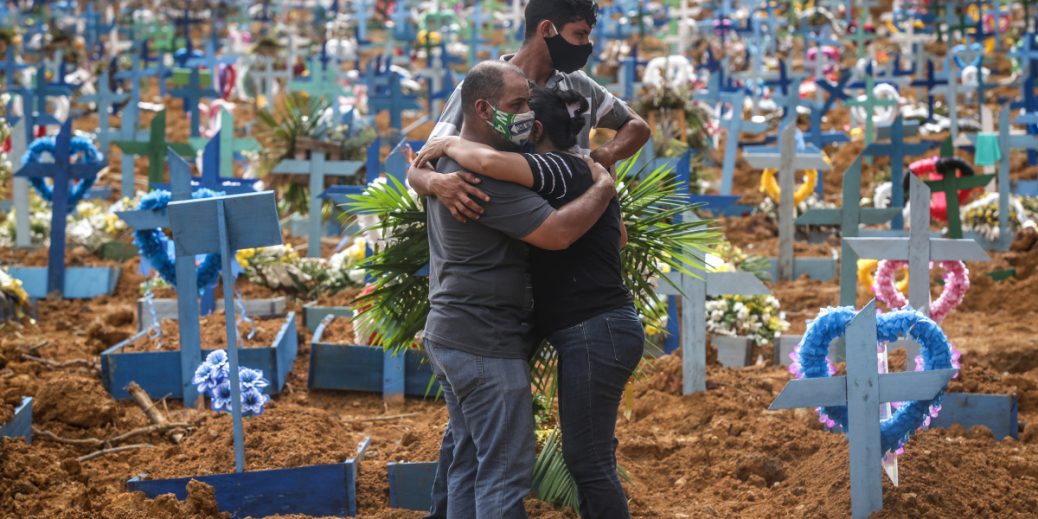 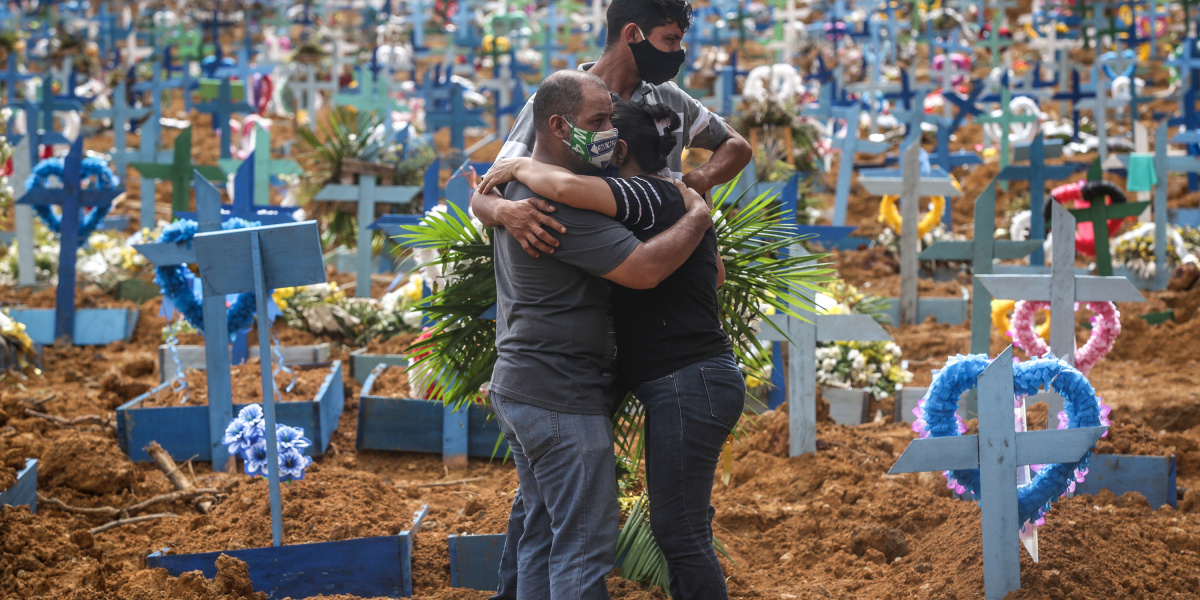 What happens when a major city allows the coronavirus to rage unchecked?

If the Brazilian city of Manaus is any answer, it means about two-thirds of the population could get infected and one person in 500 could die before the epidemic winds down.

During May, as the virus spread rapidly in Manaus, the equatorial capital of the state of Amazonas, dire reports described overwhelmed hospitals and freshly dug graves. Demand for coffins ran at four to five times figures for the previous year. But since hitting a peak four months ago, new coronavirus cases and deaths in the city of 1.8 million have undergone a rapid and unexplained decline.

Now a group of researchers from Brazil and the United Kingdom say they know why—so many people got infected that the virus is running out of hosts.

In a report posted to the preprint server medRxiv, a group led by Ester Sabino, of the Institute of Tropical Medicine at the University of São Paulo, says it tested banked blood for antibodies to the virus and estimates that between 44 and 66% of the population of Manaus has been infected since the city detected its first case in March.

“From what we learned this is probably the highest prevalence in the world,” Sabino said in a phone interview. “Deaths have dropped very rapidly, and what we’re saying is that it’s related.”

In the US, President Donald Trump has attracted ridicule for saying the virus “will go away” on its own. His comments may be a reference to the fact that if enough people get infected by a virus and develop antibodies to fight it off, so-called herd immunity starts to build in the population: As more people gain immunity, it becomes harder for the virus to infect new people and continue its spread.

That’s exactly what’s happening in Manaus, the authors believe. “Although nonpharmaceutical interventions, plus a change in population behavior, may have helped to limit SARS-CoV-2 transmission in Manaus, the unusually high infection rate suggests that herd immunity played a significant role in determining the size of the epidemic,” they wrote.

The Amazon region has seen the virus at its worst, with people dying at home and infections hitting indigenous groups. However, by mid-August, the Washington Post was documenting a sudden turnaround in Manaus. From a peak of 79 deaths on one day in May, the rate in the city is down to two or three a day in September, according to its health department.

It remains unclear why the virus spread so quickly in Manaus, where mobility data shows people did begin social distancing in March. Sabino and her colleagues think the outbreak may have been accelerated by dense housing, poor water supplies, and crowding on boats that serve as local transportation.

According to the authors, the infection fatality rate in Manaus was about 0.28%, or one death in every 350 people infected by the virus. Considering that not everyone has caught the virus in Manaus, the city-wide covid-19 death rate would be between one in 500 and one in 800 people overall.

Florian Krammer, an immunologist at Mt. Sinai Hospital in New York, says it was expected that some regions would reach levels of immunity high enough to interrupt local outbreaks, but that such events should be considered public health failures, not successes.

“Community immunity via natural infection is not a strategy, it’s a sign that government failed to control an outbreak and is paying for that in lives lost,” Krammer tweeted.

Other cities should be cautious about drawing conclusions from Manaus since, among other factors, it has a fairly young population. Just 6% of citizens there are over 60, according to Brazil’s Institute of Geography and Statistics. In New York City, that figure is around 16% and for the US overall, it’s 20%. Elderly people have a much, much higher risk of dying if they catch the virus than younger people.

The Brazilian figures do suggest just how many people in one place could get infected as the virus spreads—a concept known as the attack rate. Were two-thirds of the US population to be infected, the virus could easily claim more than 500,000 American lives, mostly among the elderly. That’s in line with early projections for worst-case scenarios and with recent events on the ground. The US today surpassed the grim record of more than 200,000 deaths attributed to the virus. Tens of thousands of people are still being infected daily.

In Brazil, Sabino’s team was well placed to study the trajectory of the pandemic because the group was previously involved with checking blood donations for transmissible pathogens. Since Brazilian blood banks retain samples of donated blood, they were able to go back and look for coronavirus antibodies at several points in time—a technique known as serial sampling.

“Very few people have the capacity to do serial sampling, but in Brazil it’s mandatory to save samples, so we could,” says Sabino. During the month of June, a high of 40% of new blood donors were positive for coronavirus antibodies, though the number has decreased since then as antibodies tend to wane over time.

Gabriela Gomes, a mathematical modeler at the University of Strathclyde, says the new report finds that twice as many people in Manaus had coronavirus antibodies as a previous study had suggested; there could be ongoing discussion among immunologists over which finding is more accurate. Sabino says her team used an improved antibody test developed by Abbott Laboratories for their analysis, which she says is more sensitive than the test used for the earlier study and misses fewer cases.

Going forward, the Amazonian capital could now help public health officials better understand how long immunity to covid-19 lasts and how often the virus reinfects people. The blood survey clearly showed that with time, people’s antibodies become harder to detect. That could mean individual immunity to the virus is not permanent. “Manaus may act as a sentinel to determine the longevity of population immunity and frequency of reinfections,” the authors wrote in their preprint.