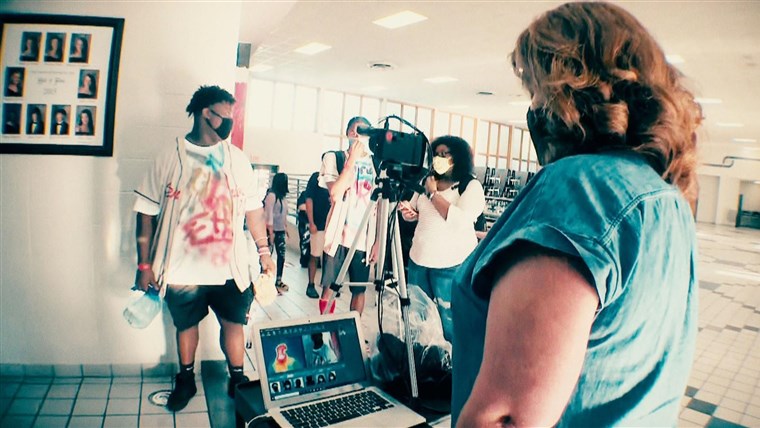 One study, published in the journal Thorax, reports that asymptomatic people can carry as much virus in their noses and throats as people showing symptoms of the illness. The second study, a review published in Plos Medicine, found that while the majority of infected individuals do develop symptoms, they may test positive before those symptoms begin.

Taken together, the research underscores the need for preventive measures to slow the spread of the coronavirus.

“Even if we’re seemingly healthy, we have to wear masks” to reduce the risk of asymptomatic spread, Dr. William Schaffner, an infectious disease expert at Vanderbilt University Medical Center in Nashville, Tennessee, said.

In the Thorax study, researchers at the Asan Medical Center in Seoul, South Korea, compared what’s called the viral load — that is, the amount of virus lurking in the bodies — among 183 Covid-19 patients.

Of those, 144 had mild symptoms, such as sore throat, chills, runny nose or appetite loss, and 39 patients never developed any symptoms, but were given tests because they’d been identified as having been in close contact with infected individuals.

Swab samples taken from patients’ noses and throats found no difference in the viral loads of either group. That suggests both groups can spread the virus to others, Schaffner said, though it’s unclear if both groups are equally as infectious.

“Considering that most asymptomatic individuals with Covid-19 are likely to go unnoticed by health care workers and continue to reside within communities, such individuals may act as an essential driving force for the community spread of Covid-19 and the ongoing pandemic,” the study authors wrote.

The research had some caveats: It’s unclear how infectious each group was, and most participants were in their 20s or 30s, so the findings might not apply to other age groups. However, previous research has shown that children under 5 can carry just as much of the coronavirus in their noses as older children and adults.

Overall, 20 percent of the study participants were found to be asymptomatic, a finding mirrored in the second paper, in Plos Medicine.

In that report, researchers at the University of Bern in Switzerland pooled data from 79 studies of people infected with the coronavirus from March to June. More than 6,600 patients with follow-up data were included in the analyses.

Researchers estimated 20 percent of the patients who tested positive for Covid-19 never developed symptoms. Others turned out to pre-symptomatic, meaning their symptoms did not show up until after they were tested.

“Both of these studies reinforce the need for a vaccine — and even before that, masks, social distancing, hand hygiene — all to diminish the transmission of this virus,” Schaffner said.

Infectious disease experts in the U.S. have previously acknowledged that the virus can indeed spread from both asymptomatic and presymptomatic people.

The director of the Centers for Disease Control and Prevention, Dr. Robert Redfield, said in April that some cases may be asymptomatic. And research published in May reported as many as 40 percent of cases may be without symptoms.

“Social distancing measures will need to be sustained at some level because droplet transmission from close contact with people with asymptomatic and presymptomatic infection occurs,” the study authors in Switzerland wrote.

Last week, the CDC changed its testing recommendations to again include asymptomatic people. “If you have been in close contact, such as within 6 feet of a person with documented SARS-CoV-2 infection for at least 15 minutes and do not have symptoms, you need a test,” the CDC wrote on its website.