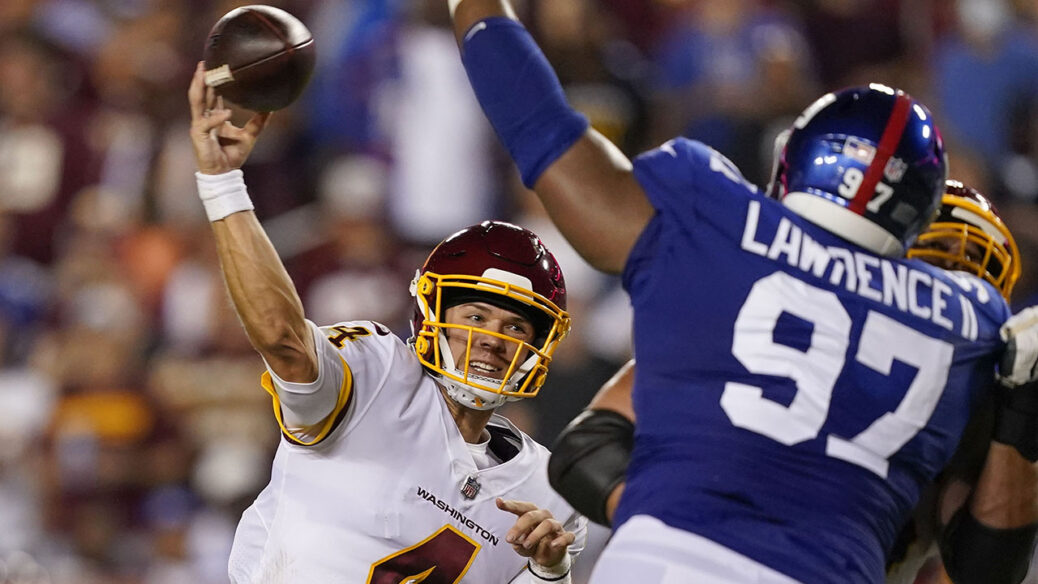 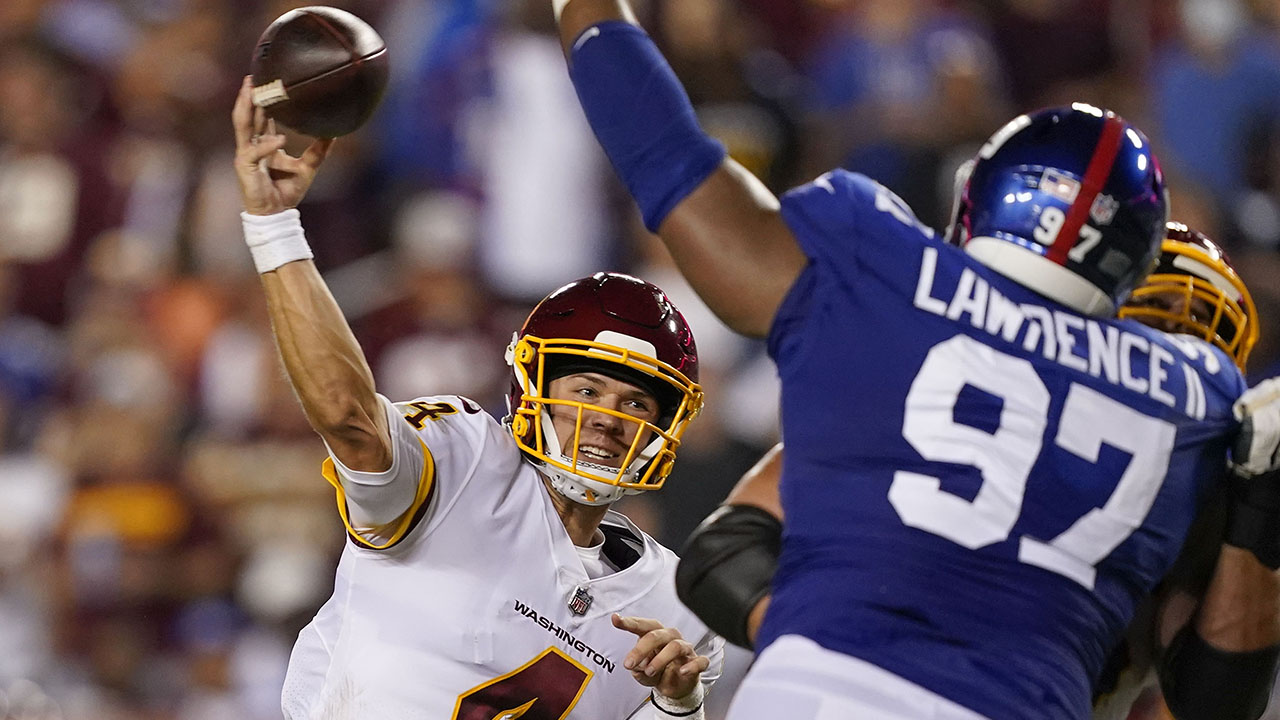 The Washington Football Team played tough and were handed a victory in dramatic fashion on Thursday night against the New York Giants.

Washington quarterback Taylor Heinicke orchestrated two important scoring drives on the way to the 30-29 victory – the last one being the game-winner. The backup quarterback who was thrust into the starting role due to Ryan Fitzpatrick’s injury put his team into a position to win in the final 2 minutes.

Heinicke’s final drive set up kicker Dustin Hopkins for a 48-yard field goal. Hopkins’ first kicked missed wide right, but luckily the Giants’ special teams was offsides. Hopkins retried the kick from 43 yards and nailed it for the win.

Earlier in the fourth quarter, Heinicke needed only two plays to put Washington ahead 27-26 when he found tight end Ricky Seals-Jones on a great toss and catch for the touchdown. But it wasn’t all easy sailing in the final 4 minutes of the game.

The Giants would punt the ball back to Washington and as the clock crept closer to the 2-minute warning Heinicke threw an interception to Giants cornerback James Bradberry. New York appeared to play for the field goal and Graham Gano put the team up two points with a 35-yard field goal.

New York had a six-point lead twice in the fourth quarter before letting the game slip away.

Heinicke finished 34-for-36 with 336 passing yards and two touchdown passes along with the interception to Bradberry.

Antonio Gibson had 69 yards on 13 carries. J.D. McKissic made some key plays running and catching the ball. He had 10 yards on the ground and a rushing touchdown along with five catches for 83 yards. Terry McLaurin had the other touchdown catch from Heinicke. He finished with 11 receptions for 107 yards.

The Giants had a costly penalty and a dropped pass that would’ve given them at least two touchdowns if the plays were perfectly executed. A Daniel Jones 58-yard touchdown run was nullified by an offensive holding penalty and a surefire touchdown pass to Darius Slayton was dropped.

All things considered, Jones played well. He finished 22-for-32 with 249 passing yards and a touchdown pass to Slayton early in the game. Jones led the team in rushing with 95 yards and touchdown in the first quarter.

Saquon Barkley was still trying to get his legs under him in his second game back from injury. He had 57 rushing yards on 13 carries. Sterling Shepard led the way for New York with nine catches for 94 yards. Slayton finished with three catches for 54 yards.

What killed New York was the mistakes. The Giants had 11 penalties for 81 yards and were only 1-for-3 in red zone opportunities. Gano ultimately saved the team with five field goals, including two from more than 50 yards out.

Washington is 1-1 to start the season now and ended a five-game losing streak against the Giants.

New York is now 0-2. It’s the fifth consecutive season the Giants have started 0-2.