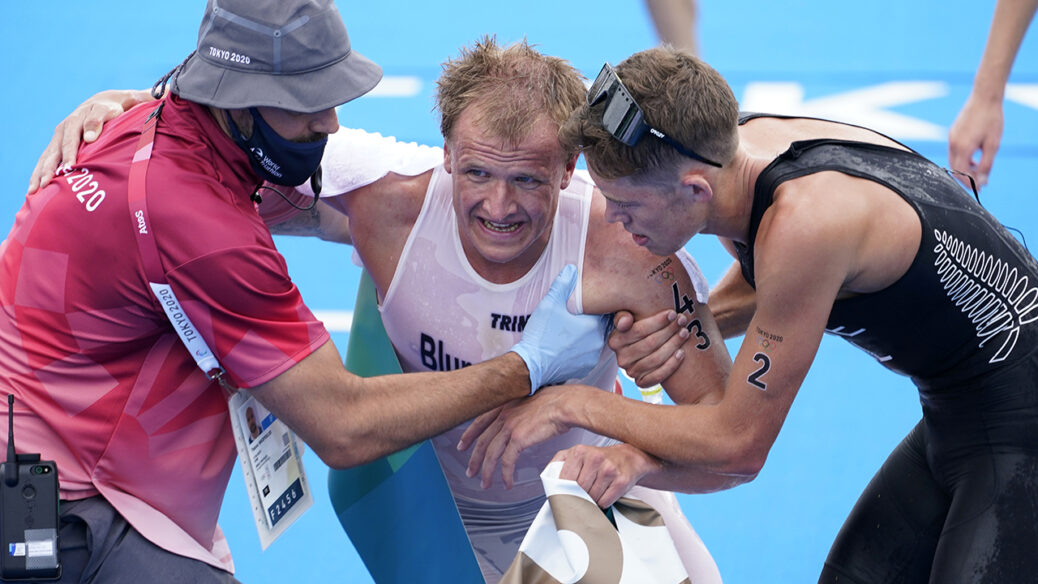 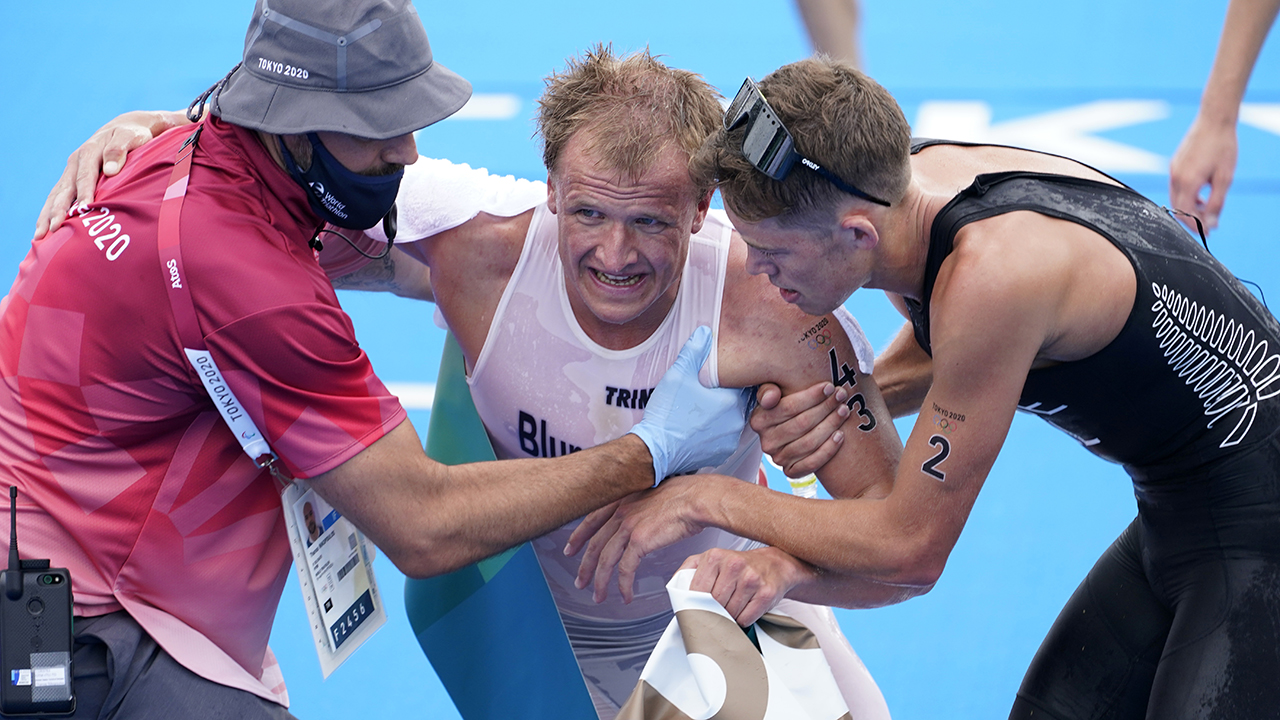 Norway’s Kristian Blummenfelt took home the gold medal in the men’s triathlon event at the Tokyo Olympics on Sunday and showed just how grueling the competition can be.

Blummentfelt swam, rode and ran his way to victory in Tokyo. He narrowly held off Britain’s Alex Yee and New Zealand’s Hayden Wilde. Blummenfelt was in a group of about 40 other athletes who came off the bike leg before the group narrowed down to about three competitors, according to Reuters.

The long event appeared to take a toll on Blummenfelt. As he crossed the finish line, he fell to the ground and vomited before having to be carried off the course in a wheelchair.

He said he needed a good jump on some of his quicker rivals.

“I don’t really have the leg speed if it came down the carpet against these guys, so I knew I had to drag it out from about five minutes away and go really, really hard and all out and hopefully it would be enough to break them,” he said, via Reuters. “It was a great feeling to realize I’d got a little gap.”

Parts of Japan saw temperatures soar to above 100 degrees.

He had three gold medals in the Ironman 70.3 Middle East Championship from 2017 to 2019. He also had one gold coming into the event from the ITU World Triathlon Series. He had finished 13th in the 2016 Rio Olympics.

The triathlon was briefly delayed after a TV boat spun into the way of athletes at the start of the swimming leg. The incident caused a 10-minute pause.