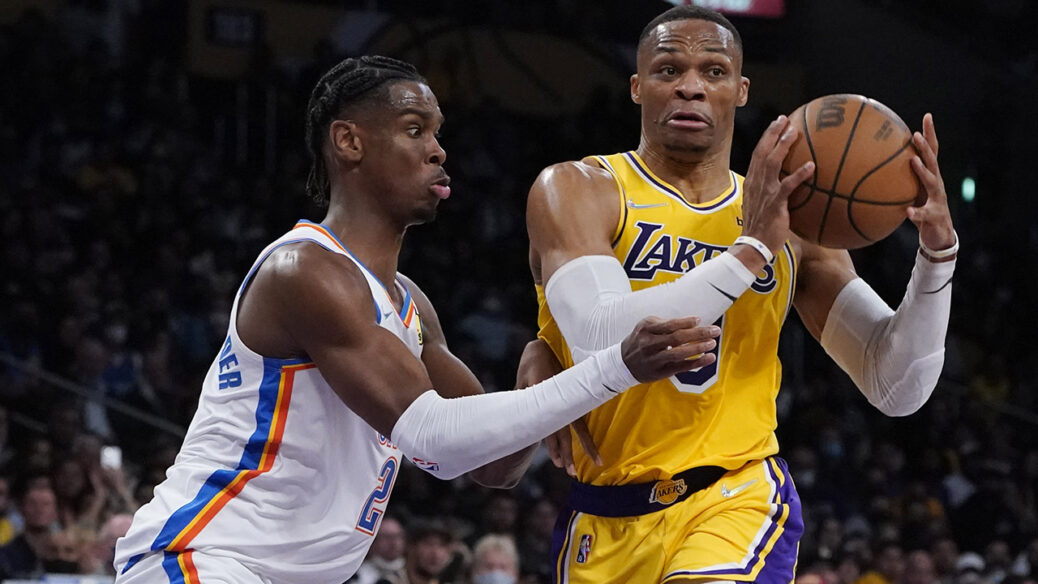 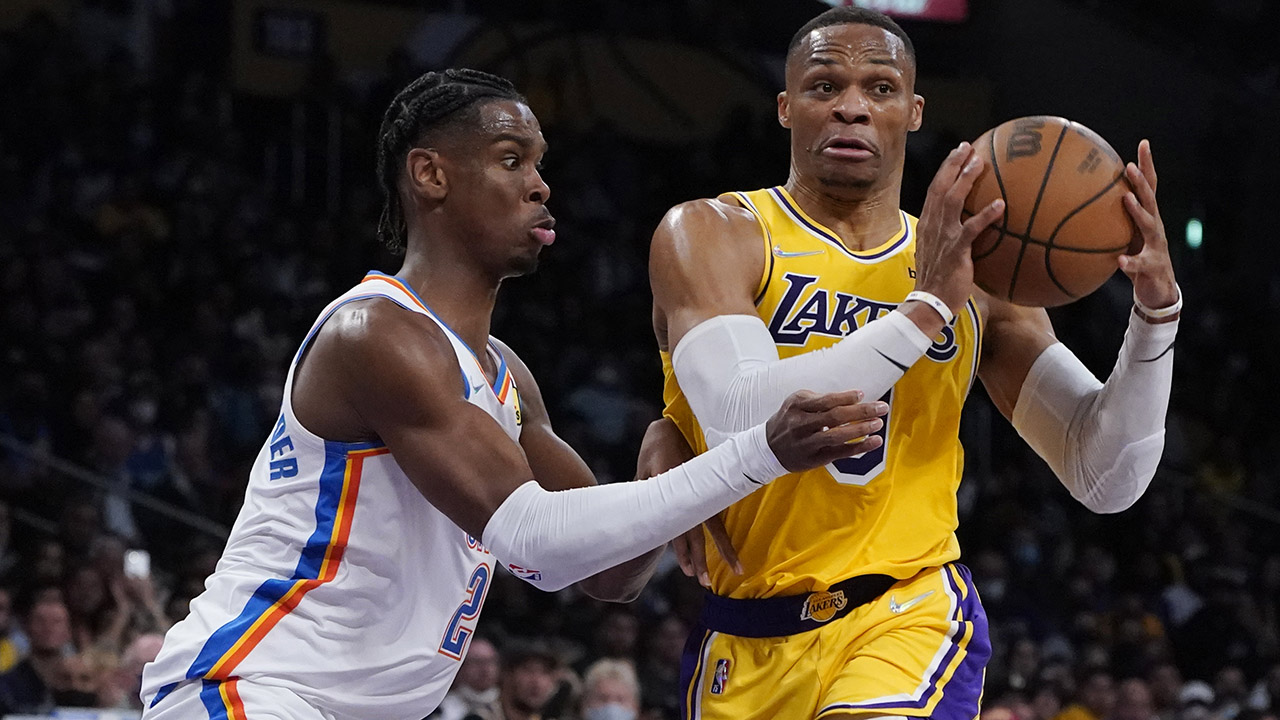 Shai Gilgeous-Alexander scored 11 of his 28 points in the fourth quarter, and the Oklahoma City Thunder rallied from a 19-point deficit to beat the Los Angeles Lakers for the second time this season, 107-104 on Thursday night.

Kenrich Williams scored nine of his 13 points in the final period for the Thunder, who haven’t beaten anybody in their eight games this season except the vaunted Lakers — both times while rallying from enormous deficits, and both times with LeBron James sidelined. James sat out the rematch with an abdominal strain.

Anthony Davis had 29 points and 18 rebounds despite spraining his right thumb near halftime for the Lakers, whose three-game winning streak ended with just their second loss in seven games. Carmelo Anthony had another big game off the bench, scoring 21 points with five 3-pointers — including two in the final minute while LA’s rally fell short.

“We shouldn’t have lost this one,” Anthony said. “It didn’t come down to LeBron not being here. … We’re OK, but it hurts to lose to the same team twice within a week in the same way, the same fashion. That’s something we’ve got to take upon ourselves and hold ourselves accountable.”

Russell Westbrook scored 27 points for the Lakers, but the veteran guard made a comical turnover against his former team with 21 seconds left and a chance to tie the game.

“It’s interesting, but I’m a person that you just play the cards you’re dealt,” Westbrook said. “Whoever is available, you have to make it work. We haven’t had our full team one time, not close. We just have to make the best of it and compete to the best of our ability.”

After rallying from a 26-point deficit last week in Oklahoma City, the Thunder came all the way back again at Staples Center before surviving a tough fourth quarter.

Oklahoma City took its first lead of the night on Williams’ driving dunk with 5:27 to play during a 12-0 run. Davis’ jumper put the Lakers back ahead with 2:23 remaining, but Williams hit a 3-pointer before Gilgeous-Alexander added his 29-footer right after crossing midcourt.

“Anybody else, I would have said something,” Williams said with a grin. “But Shai, I’m cool with it. He is a special player.”

Gilgeous-Alexander shrugged and called it “just a momentum shot. I was feeling good.”

After Anthony hit a 3-pointer with 39 seconds left to trim Oklahoma City’s lead to two, Westbrook accidentally flung the ball into the seats while driving to the lane. After a shoving match broke out between the teams before the ensuing inbounds pass, Lu Dort got free for an uncontested dunk with 17 seconds left.

Anthony hit his fifth 3-pointer to trim the lead to 105-104, but Dort hit two free throws before Westbrook missed a 3-pointer that would have tied it.

“For some reason, this team comes in every time and makes shots against us,” Davis said. “There’s guys who we want shooting the ball, and they made shots. Nonetheless, we’re still supposed to win the game.”

Thunder: Argentine F Gabriel Deck sat out his second straight game with a bruised right heel. … Dort played despite a bruised right shoulder, but struggled from the field.

Lakers: Davis was late to return from the locker room for the second half, and he was wearing a black brace around his thumb and wrist. … Wayne Ellington scored three points on 1-of-6 shooting in his season debut. … Dwight Howard played only eight minutes in his return from a two-game absence with a strained neck.

James, who turns 37 next month, missed a game for the third time already this season, but Lakers coach Frank Vogel didn’t confirm reports that the four-time league MVP will be out for at least a week.

“Any time LeBron’s out and he’s going to miss some time, there’s obviously concern,” Vogel said. “Hopefully this is something that’s minimal, and hopefully he’ll be back soon.”

James’ production has been solid this season, although he’s hitting just 46.7% of his shots. The 19-year veteran is averaging 24.8 points, 7.0 assists and 5.5 rebounds.

Davis said his thumb swelled and his fingernail filled with blood after he banged it into Gilgeous-Alexander’s leg shortly before halftime. The star big man said it was “fine,” but he wasn’t sure whether he’ll play Saturday.

Thunder: At Spurs on Sunday.

Lakers: At Trail Blazers on Saturday.