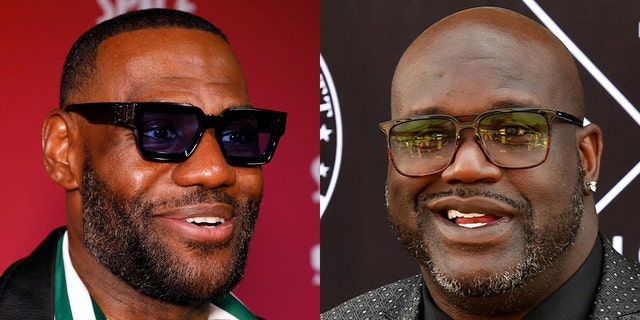 Shaquille O’Neal called out LeBron James this week after the Los Angeles Lakers player faulted the NBA for starting the season too soon, in his view causing a spate of players’ injuries.

The normal NBA season ends in June and starts up again in October, allowing for four months of what James called “rim rest,” but because of last year’s coronavirus pandemic, the season ended in October and the 2020-21 season started two months later in December.

“They all didn’t wanna listen to me about the start of the season. I knew exactly what would happen,” James wrote last month in a series of tweets. “I only wanted to protect the well being of the players which ultimately is the PRODUCT & BENEFIT of OUR GAME! These injuries isn’t just “PART OF THE GAME”. It’s the lack of PURE.”

He continued, “8, possibly 9 ALL-STARS has missed Playoff games(most in league history). This is the best time of the year for our league and fans but missing a ton of our fav players. It’s insane. If there’s one person that know about the body and how it works all year round it’s ME!”

Shaquille O’Neal (right) blasted LeBron James over his claim that the NBA started the 2020-21 season too soon, causing an uptick in injuries.

O’Neal told CNBC he wasn’t trying to “knock” what James said, “but me personally, I don’t complain and make excuses, because real people are working their tail off and all we gotta do is train two hours a day and then play a game for two hours at night and make a lot of money … So my thought process is a little different.”

The NBA has disputed James’ claims.

NBA spokesman Mike Bass told The New York Times last month that injuries during the 2020-21 season were about the same as 2019-20.

“Injury rates were virtually the same this season as they were during 2019-20 while starter-level and All-Star players missed games due to injury at similar rates as the last three seasons,” Bass said. “While injuries are an unfortunate reality of our game, we recognize the enormous sacrifices NBA players and teams have made to play through this pandemic.”

The Lakers won the NBA Championships last year but were eliminated in the first round of playoffs last month for the 2020-21 season. James sprained his right ankle in March and missed 27 games this season, according to USA Today.