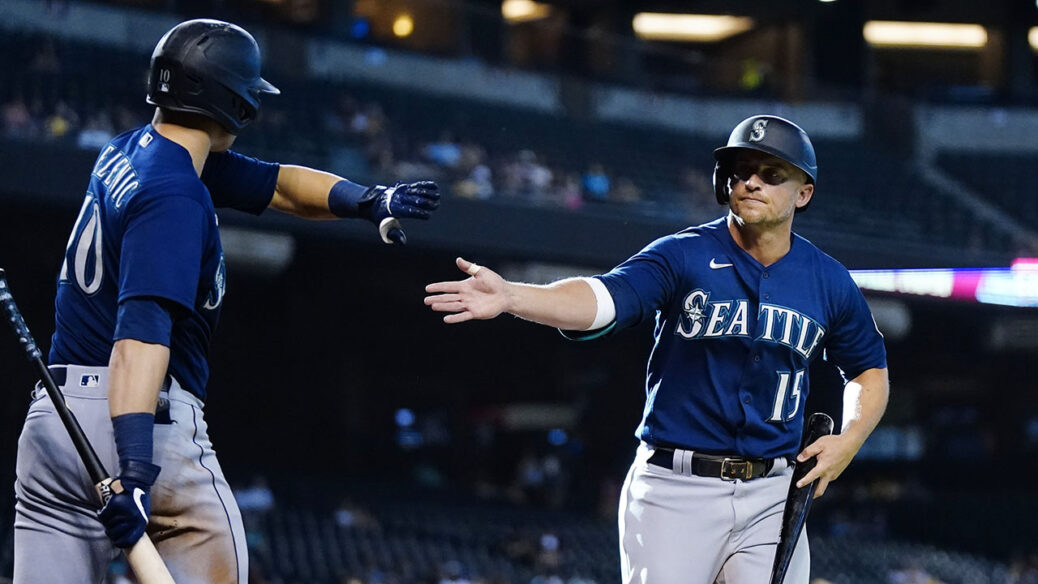 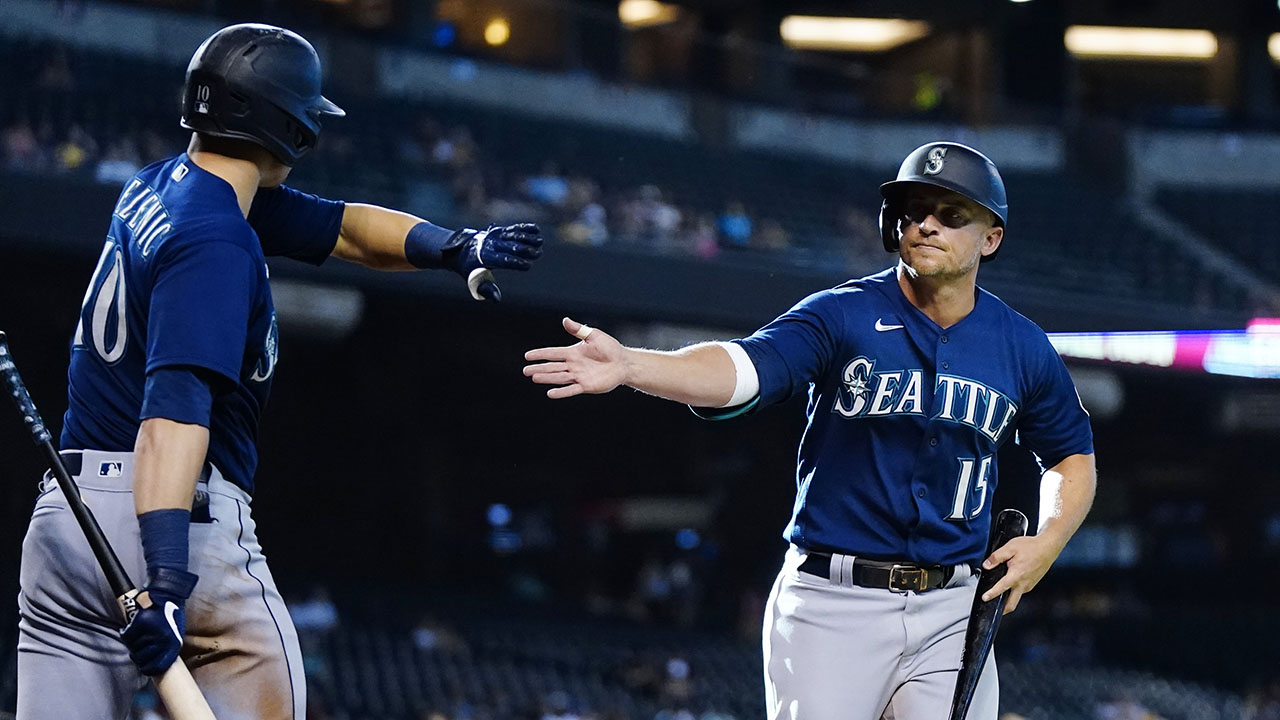 Kyle Seager hit a go-ahead, two-RBI double to spark an 11th-inning rally and lift the Seattle Mariners over the Arizona Diamondbacks 10-4 on Sunday to complete the three-game series sweep.

The Mariners are on a five-game winning streak and continued to make up ground in the AL playoff race. Seattle is just three games behind Boston for the final wild card spot after the Red Sox lost on Sunday.

Arizona has lost eight of its past nine. Seattle improved to 14-4 in extra inning games, continuing a trend of playing its best in big moments.

“Heck of an effort by our guys,” Mariners manager Scott Servais said. “This team is so much fun.”

Seattle’s J.P Crawford started the 11th on second base and then Mitch Haniger and Ty France drew back-to-back walks off Taylor Clarke (1-3), who threw just three strikes in 13 pitches. Seager ripped his bases-loaded double down the right-field line, followed by RBI singles from Abraham Toro and Tom Murphy.

Jake Bauers added a two-run double and Haniger had an RBI single to complete the seven-run outburst. The Mariners sent 11 batters to the plate in the 11th. Yohan Ramirez (1-2) pitched a scoreless 10th for his first MLB win, capping a stellar effort from Seattle’s bullpen.

“I tried to stay calm and not allow the game to speed up,” Ramirez said. “Then I just attacked hitters and control what I can control.”

The Diamondbacks took a 3-2 lead in the sixth when Pavin Smith brought home Josh Rojas with an RBI double. David Peralta followed with a two-run homer into the left-center seats.

The Mariners tied the game at 3-all in the seventh when Toro led off with a double and eventually scored on a double play.

Seattle starter Chris Flexen cruised through the first five innings — giving up just one hit on a bunt single — before the D-backs scored three in the sixth. Flexen threw six innings, giving up three runs. The right-hander four hits, two walks and struck out four.

It was the same frustrating story for the Diamondbacks, who have generally been competitive since the All-Star break but haven’t been able to pull out many wins. They’re now 45-93, which is the worst record in the National League.

They might eclipse their worst season in franchise history, when they had 111 losses in 2004.

“We were a hit or two away from winning two out of three games,” D-backs manager Torey Lovullo said. “Instead, we lost two extra-inning games.”

The Mariners jumped ahead 2-0 in the fourth inning when Haniger walked and France singled to start the inning. Seager then reached to load the bases on a defensive mental blunder by D-backs first baseman Pavin Smith, who threw home to stop Haniger, who was faking a charge down the baseline and then retreated to third.

Toro then brought home Haniger on a fielder’s choice and Tom Murphy made it 2-0 on his sacrifice fly that scored France.

Peralta’s homer was his 97th with Arizona, which is tied with catcher Miguel Montero for eighth all-time in D-backs history. Peralta also passed Steve Finley for fourth in career at-bats with the D-backs.

11 YEARS IN THE MAKING

The Diamondbacks added OF Henry Ramos to the active roster and sent OF Stuart Fairchild to Triple-A Reno. Ramos had never played in the big leagues. The 29-year-old has played 11 minor league seasons.

He singled in his first at-bat on Sunday, hitting a line drive single up the middle.

Mariners: Seattle travels to Houston for a three-game series against the Astros. The Mariners will start LHP Yusei Kikuchi (7-7, 4.12) in the opener.

Diamondbacks: Arizona has a day off on Monday before starting a two-game series against the Rangers on Tuesday at Chase Field. The D-backs will send RHP Zac Gallen (2-8, 4.34) to the mound to face Rangers RHP Spencer Howard (0-3, 6.56).