Phillies retire Halladay’s No. 34 in tribute to late ace 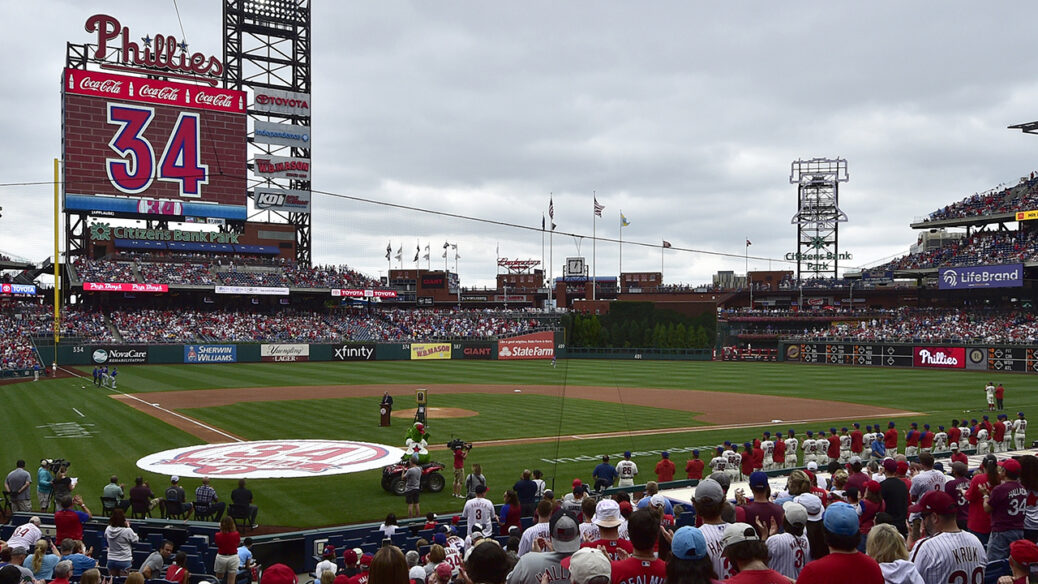 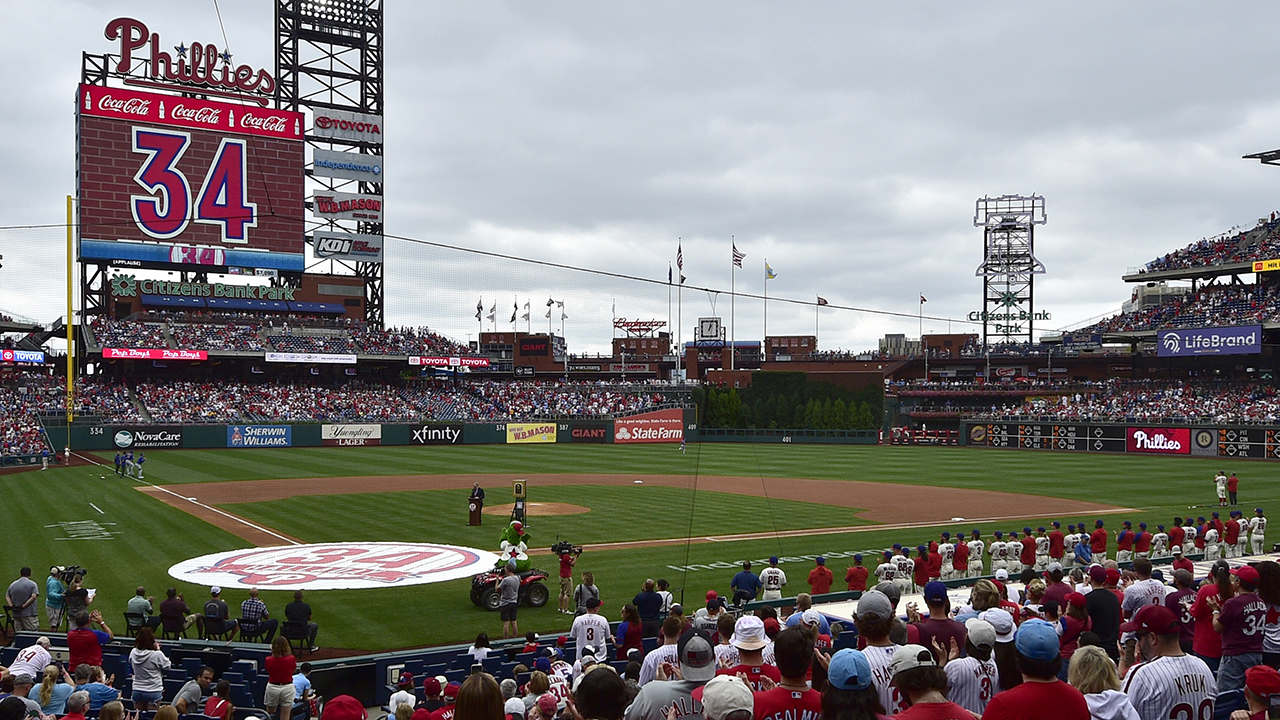 On the same diamond where Roy Halladay pitched himself into baseball history and the hearts of Philadelphia fans, the Phillies retired the late Hall of Famer’s No. 34 jersey in a touching tribute Sunday.

Former teammates Jimmy Rollins, Ryan Howard and Raúl Ibañez as well as pitching coach Rich Dubee and manager Charlie Manuel were among those in attendance for the ceremony at Citizens Bank Park before the Phillies played the New York Mets.

Halladay’s wife and two children were unable to attend due to COVID-19 protocols, Ibañez said. Halladay died in a plane crash at 40 years old on Nov. 7, 2017.

The right-hander tossed a perfect game at Miami on May 29, 2010, and threw the second no-hitter in postseason history that Oct. 6 against Cincinnati.

Ibañez spoke of how great of a teammate Halladay was, pointing out how the ace gave each member of the Phillies a watch following the perfect game that was inscribed: “We did it together.”

“He gave us a material gift,” Ibañez said, “but the true gift was being part of his team and part of his life.”

“There was nothing like a Roy stare,” Ibanez told.

Ibañez spoke to the large crowd from a podium next to Halladay’s Hall of Fame plaque in front of the pitcher’s mound.

Halladay’s former catcher, Carlos Ruiz, unveiled a No. 34 statue along with Phillies owner John Middleton. After removing a red sheet, Ruiz kissed the statue and then touched his heart.

Former Phillies great and fellow Hall of Famer Steve Carlton pulled off the sheet to show Halladay’s retired Phillies No. 34 on a wall in center field at the ballpark. The No. 34 is right between Carlton’s No. 32 and the No. 36 of another Hall of Fame member, Robin Roberts.

Halladay’s number was the seventh retired for a Phillies player. Along with Carlton and Roberts, there is Mike Schmidt’s 20, Dick Allen’s 15, Richie Ashburn’s 1 and Jim Bunning’s 14.

Halladay was 55-29 with a 3.25 ERA in four seasons with the Phillies that halted in 2013 when right shoulder trouble ended his career.

Overall, the eight-time All-Star won 203 games and struck out 2,117 in his career that began with 12 seasons with the Toronto Blue Jays.