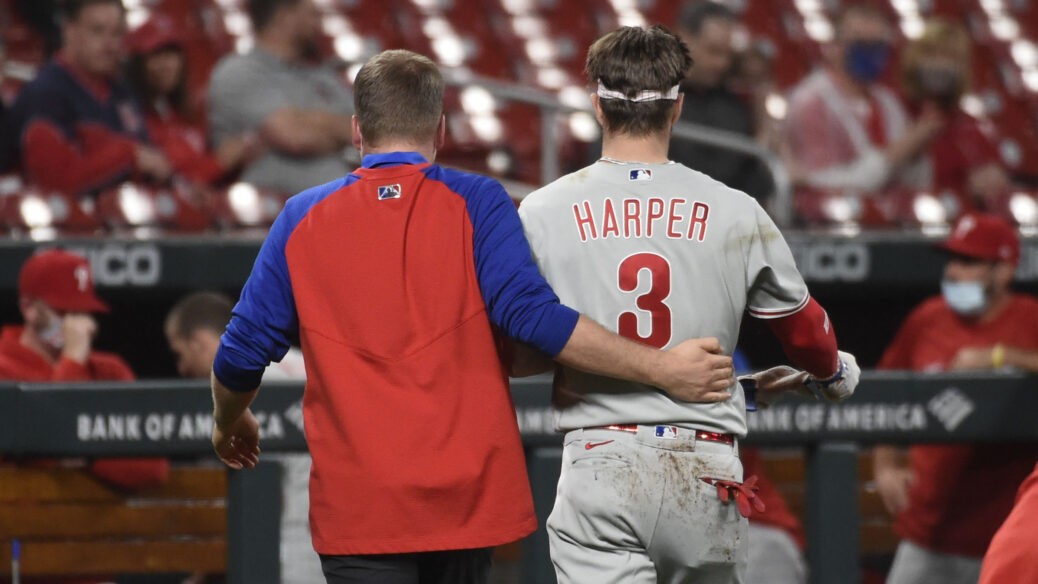 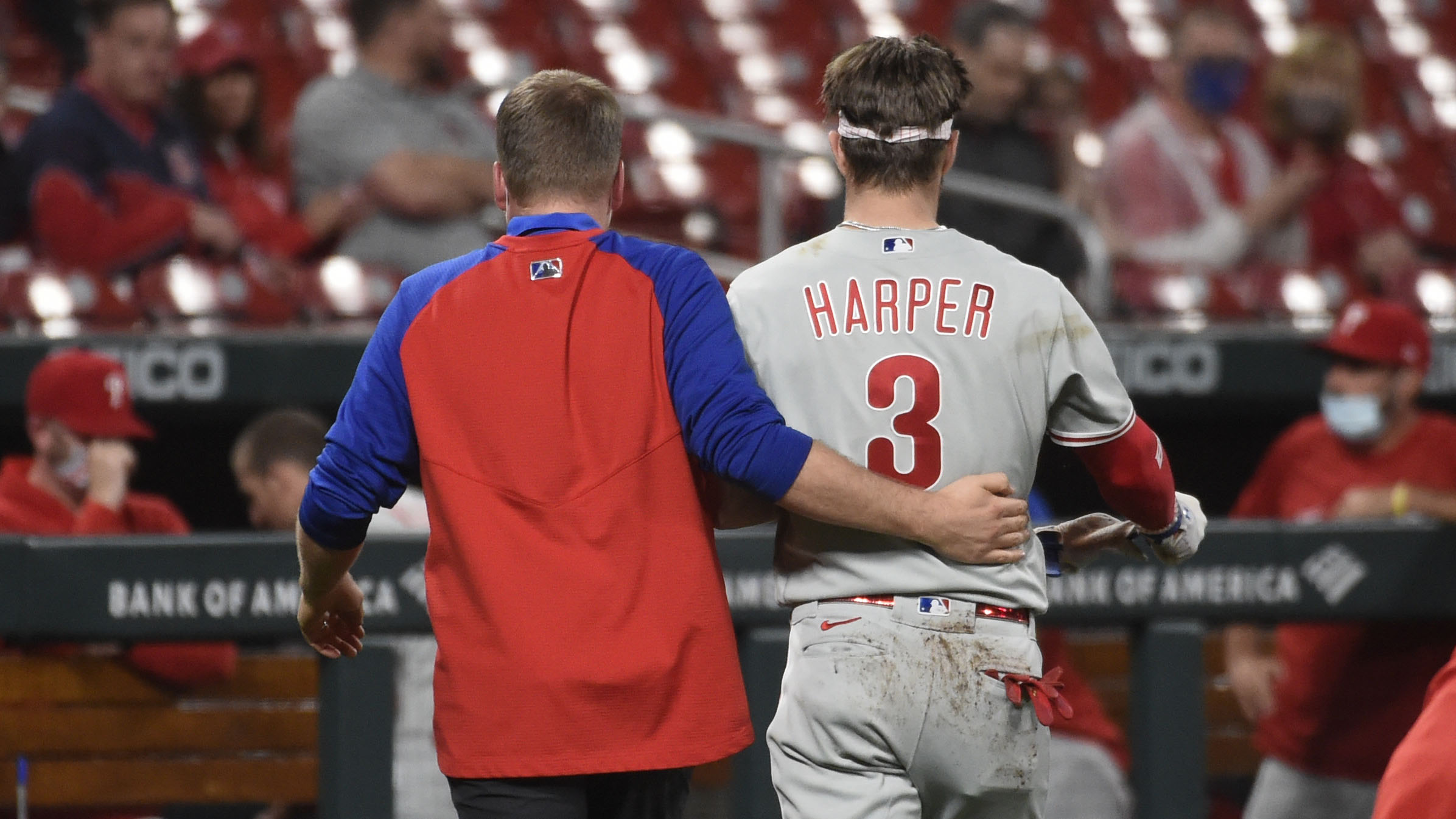 Phillies star Bryce Harper said he feels fine after being hit in the face by a 96.9 mph fastball Wednesday night, forcing him from Philadelphia’s game against St. Louis.

“Everything feels good,” Harper said in a video he posted to Instagram. He said he got a CT scan and other testing and “Everything came back good.”

Harper was drilled in the left cheek by left-handed reliever Génesis Cabrera’s first pitch in the sixth inning. The All-Star slugger picked himself up and walked off the field, blood dripping from a cut on the side of his nose.

He appeared to have only minor swelling and bruising in the video he sent to social media.

“Face is still there, so we’re all good,” he said.

Cabrera drilled Didi Gregorius with another fastball on his next pitch. Phillies manager Joe Girardi came out of the dugout to argue with plate umpire Chris Segal and was ejected.

Matt Joyce ran for Harper, and Gregorius remained in the game. Cabrera allowed an RBI single to Andrew McCutchen the next at-bat before being pulled.

“I’ve been hit in the face, broke my nose. It’s scary,” Girardi said. “I don’t think he did it on purpose. I’m not saying that. But for the protection of the players, he has to go.”

Cabrera, through translator Antonio Mujica, expressed remorse for his pitching.

“I’m very sorry for Bryce Harper,” Cabrera said. “I want to again to apologize to all of the action that happened, especially to Harper. I really wish him the best and I hope he has a speedy recovery. The game got away from me. I’m really sorry for everything that happened. It was not intentional.”

Under the three-batter minimum rule for relievers, Cabrera had to stay in. McCutchen followed with his RBI single.

“Man, that was tough watching that,” McCutchen said.

St. Louis manager Mike Shildt said he would have pulled Cabrera if he could have.

“It was a tie game. It was right in his spot,” Shildt said. “It was completely unfortunate the ball got away from him. Our prayers are with Bryce Harper and we hope he’s OK.

“It’s a failure of the three-batter minimum. Completely, absolutely no doubt. You’re talking about an aggressive young pitcher throwing to one of the superstars of this game. Clearly, he felt terrible. Everybody knows it was completely unintentional.”