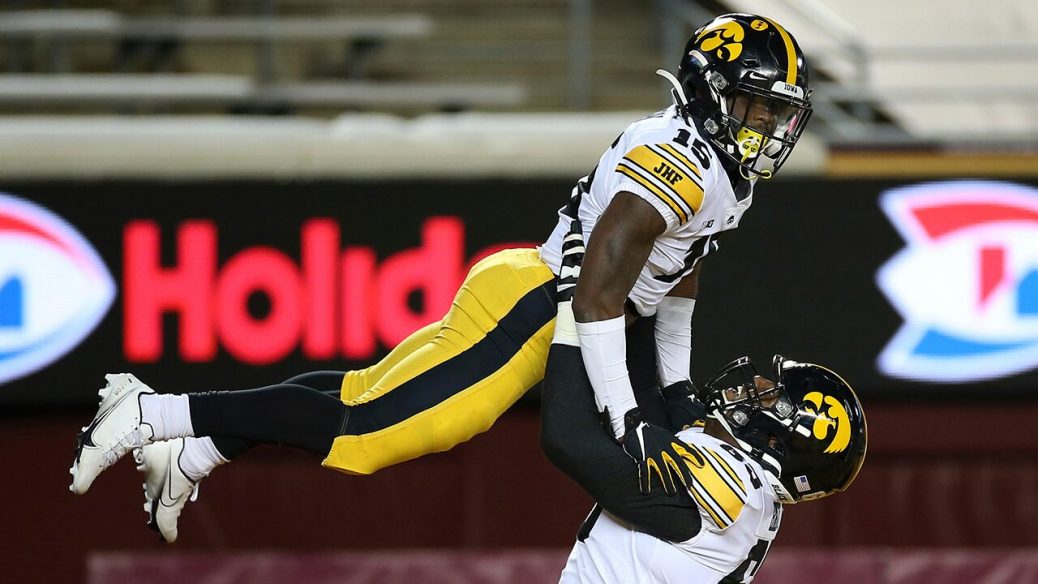 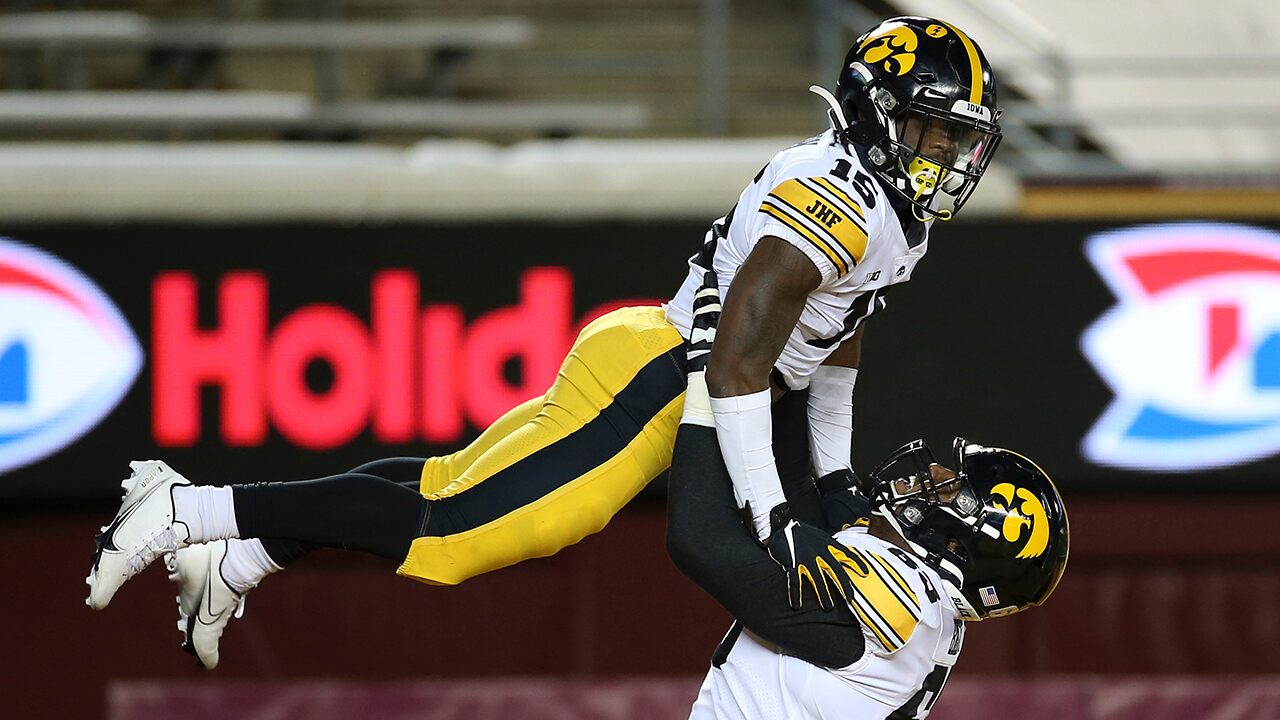 Tyler Goodson rushed for a career-high 142 yards and two touchdowns on 20 carries, and Iowa’s defense clamped down hard on Minnesota for a 35-7 victory on Friday night that gave the Hawkeyes possession of the Floyd of Rosedale trophy for the sixth season.

Jack Koerner and Riley Moss each picked off Tanner Morgan for the Gophers quarterback’s first two-interception game in two years, and Zach VanValkenburg had three of the team’s four sacks. Iowa’s defense has a streak of 11 straight games with at least one interception.

The Hawkeyes (2-2) had to wait to hoist the 98-pound bronze pig until they reached the locker room out of respect to the virus protocols required to get the season going, but their 16th win in the last 20 games against their border-state rival to the north was just as sweet.

“I was the first person to get into the locker room, and I tried to pick it up by myself. It’s a little heavier than I thought,” said defensive end Chauncey Golston.

Minnesota’s Mohamed Ibrahim rushed for 144 yards on 33 attempts, but the junior tailback who entered the evening with the highest rushing average in the FBS didn’t come close to controlling the game like the last two weeks.

“You’ve got to give it up to ’em. They came in with a good game plan, and it worked,” said Ibrahim, who rushed for 431 yards and eight scores against Maryland and Illinois.

Morgan finished 16 of 33 for 167 yards passing — hitting Rashod Bateman eight times for 111 yards and a touchdown with 14 seconds left that prevented the Hawkeyes from finalizing their first shutout of the Gophers since 2009. After coach P.J. Fleck called a timeout to try to help get them in the end zone, Iowa coach Kirk Ferentz used all three of his in response.

Minnesota (1-3) had seven penalties for 75 yards in the first half and just 110 total yards on offense. With his team trailing 14-0 in the third quarter, Fleck opted for a 39-yard field goal that was blocked — leaving a 17-play, 74-yard drive that lasted nearly 11 minutes with no points. Goodson broke off a 45-yard run on the next snap.

“We just couldn’t get going enough to get in that rhythm,” Fleck said.

Nico Ragaini and Mekhi Sargent each rushed for scores, and Spencer Petras went 9 of 18 for 111 yards passing and one touchdown to Ihmir Smith-Marsette, plus one interception for Iowa. Smith-Marsette returned from a one-game suspension for a drunken driving charge.

The Hawkeyes, who went 10-3 last year and finished 15th in the Associated Press poll, five spots behind the Gophers, lost their first two games this season to Purdue and Northwestern by a combined five points. They’ve recovered deftly, winning their last two games by a combined 84-14.

Moss has four interceptions in three career games against Minnesota. This one came in the fourth quarter at the 7-yard line, preceding a 57-yard return that set up Goodson’s score for a 28-0 lead.

The Gophers struggled to get favorable field position all game. They squandered a golden opportunity in the first quarter when freshman linebacker James Gordon intercepted Petras and returned the ball to the Hawkeyes 25. But Mariano Sori-Marin was called for unnecessary roughness during the runback. Then Fleck picked up his own unsportsmanlike conduct penalty — he said he was confused by the explanation from the officials because he was on the field talking to his team — and the Gophers were pushed back to their own 45. They wound up punting on that drive.

Then in the second quarter, Sori-Marin, the team’s best linebacker, was ejected for targeting on a helmet-to-helmet hit of Goodson. The Gophers had only 10 penalties over their first three games. They finished with eight infractions for 85 yards on Friday.

Iowa: With the kickoff temperature at 33 degrees, the Hawkeyes and their outside stretch zone running scheme were in their element. Goodson’s first touchdown capped an 85-yard drive during which Petras did not complete a pass, aided by 20 penalty yards on the Gophers.

“The stretch play worked out really well for us. The guys up front did a fantastic job of getting to their blocks,” Goodson said.

Minnesota: Whether it’s the inexperience on defense, the effect on Morgan and the offense of the departure of wide receiver Tyler Johnson to the NFL or the disrupted offseason by the virus outbreak, the Gophers are missing the mojo they had on their way to an 11-2 finish in 2019 for their fewest losses in 52 years.

Iowa: Visits Penn State next week, back on a Saturday schedule.