Home Sports HOW TO WIN $1,000 ON THE FINAL ROUND OF THE MASTERS 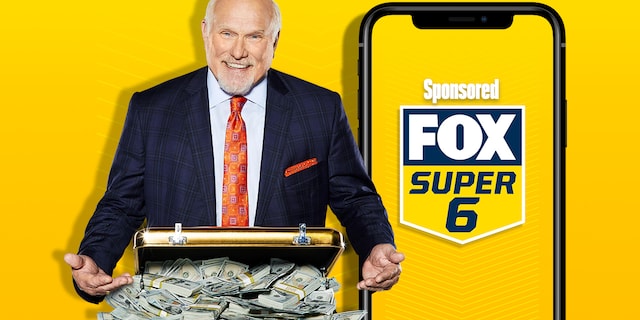 There’s an old saying that the Masters doesn’t really get underway until the back nine on Sunday afternoon.

If that’s the case, a whole lot of golfers had better hope that Hideki Matsuyama has a poor first nine holes in order to even the playing field.

Matsuyama’s blistering Saturday afternoon allowed him to take a four-shot lead over a quartet of golfers heading into the final round at Augusta National on Sunday afternoon. Justin Rose, Xander Schauffele, Will Zalatoris and Marc Leishman are four shots back, with Corey Conners lurking one shot behind them.

One of the best ways to keep up on the action is by playing the FOX Super 6 Augusta contest. Answer all six questions about the final round and you could win the $1,000 grand prize.

Just download the Super 6 app on your phone or tablet device to play for free.

Here are the six questions.

How low can they go?

The best rounds of this tournament have been a pair of 65’s – one by Rose on Thursday to take the early lead and Matsuyama’s 65 on Saturday that was aided by a six-under stretch from Hole 11 forward.

Traditionally, the pins are placed in tougher spots on Sunday, especially at the par-3 12th (which has seen several balls go to a watery grave) and on the par-3 16th – down on the lower shelf near the water. Some of the chasers will have to get into the 67 range and hope Matsuyama backs up over par to have a chance.

Trying to guess what group will produce a Masters champion is a game for Sunday morning at the clubhouse. This year, the lead is so big that the strong feeling will be that it will come from that.

Matsuyama is clearly the leader and will play in the 2:40 p.m. ET tee time grouping. His partner will be Schauffele, who may have the best chance and has played progressively better in each round. Rose and Leishman are the 2:30 tee time as the second-to-last group.

Avoid the big bogey round

Matsuyama’s round on Saturday was the first of the weekend to post a bogey-free card. Mistakes always happen in the final round. The key is to minimize the double-bogey stretch or multiple bogey holes.

Rose’s strength this week has been on the second nine at Augusta National, throwing a nine-under number in the second half of his rounds so far. Two things are going to be needed for someone to take this away from Matsuyama – he’s going to have to make some bogeys and someone will have to put up a big birdie number early to make the scoreboards rattle.

Green is their color

Five former champions are listed on the FOX Super 6 question of which will have the best final-round score – Jordan Spieth, Bubba Watson, Patrick Reed, Phil Mickelson and Charl Schwartzel. Of that group, the best Saturday score went to the 50-year-old Mickelson – who shot a 69 on Saturday to get back to even par.

There are a lot of tournaments where a four-shot lead will hold up in the final round. The Masters is not one of them. It should get tighter on Sunday with warm weather and clear skies in the forecast.  Don’t be surprised if the winner holds a one-shot edge at the conclusion Sunday.

Download the FOX Super 6 app now to predict the outcomes of the biggest events in sports, and you could win thousands of dollars absolutely for free each and every week. Just download and play!