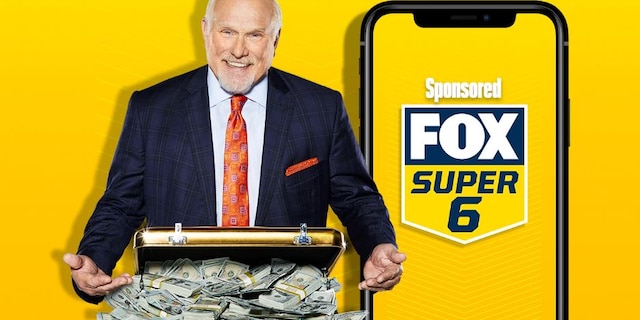 On the night that Tom Brady won his second Super Bowl as a member of the New England Patriots – Feb. 1, 2004 — with a win over the Carolina Panthers in Super Bowl XXXVIII, Patrick Mahomes was just the eight year old son of a Major League Baseball pitcher.

That game would be the first of back-to-back Lombardi Trophies for the Patriots and the last time that any NFL team has a chance to repeat as World Champions. And now, it is the Kansas City Chiefs and Mahomes’ chance to etch his name in the record books. And the one standing in the way is the ageless Brady, who has switched teams to the Tampa Bay Buccaneers but found his way back to the NFL’s ultimate showcase at the age of 43.

Throw in a cavalcade of stars, a team playing on its home field for the first time in Super Bowl history and there’s no lack of storylines for Super Bowl LV when it kicks off Sunday night (6:30 p.m., CBS) at Raymond James Stadium in Tampa.

FOX Bet Sportsbook is your sports betting home to get the latest odds, prop bets and bet boosts for the biggest game of the season. Check it out now for special promotions when you open an account. FOX Bet is available in Pennsylvania, New Jersey, Colorado, and Colorado through the FOX Bet app and online at FOXBet.com.

Over the past 10 years, the favorite is 4-6 outright as a winner. The last team to cover a spread and still lose the game were the Arizona Cardinals, who was a seven-point underdog in Super Bowl XLVIII and lost to the Pittsburgh Steelers, 27-23. Ironically, that game was in Tampa.

This is Tampa’s second trip to the Super Bowl, having beat the Oakland Raiders 48-21 in Super Bowl XXXVII in 2003. Kansas City is making their fourth appearance, having lost the initial contest to Green Bay, but following it up with a shocking upset of 12-point favorite Minnesota in Super Bowl IV. Last year, Mahomes led a furious fourth-quarter rally to beat San Francisco 31-20 in Super Bowl LIV in Miami.

This will be the second meeting between the two teams since Thanksgiving. In the first game, Mahomes threw for 462 yards and three touchdowns to Tyreke Hill in a 27-24 victory at Raymond James Stadium.

The storylines to watch

Mahomes and the Chiefs have gone 25-2 in 27 games since Nov. 10, 2019. One of those losses was to the Chargers in Week 17 when Andy Reid rested every key Kansas City offense and defensive starter to prepare for the playoffs. They have done it in every different type of way, but the main formula is using Mahomes and the Chiefs offense to turn a tempo up to a level that no other offense in the sport can even dream of matching. In the AFC Championship game, the Chiefs defense frustrated Buffalo quarterback Josh Allen with different defensive looks that took away Allen’s running ability and sealed Stefon Diggs off. Against Brady and Bucs, the challenge will be different since the 43-year-old is a strictly pocket passer.

But the one area that could be exposed on Kansas City’s defense could be the middle of the field. Tampa’s Rob Gronkowski had six catches and 106 yards in the first meeting against the Chiefs. Chris Godwin ran a ton of slot routs for a nine catch, 97-yard performance.

Tampa’s defense could find a foothold with the loss of offensive tackle Eric Fisher, who tore his Achilles Tendon in the win over the Bills. It is possible that Kansas City could have three offensive starters out along the offensive line – which is trouble against Jason Pierre-Paul, Devon White, and a Tampa defense that has played its best in the post-season.