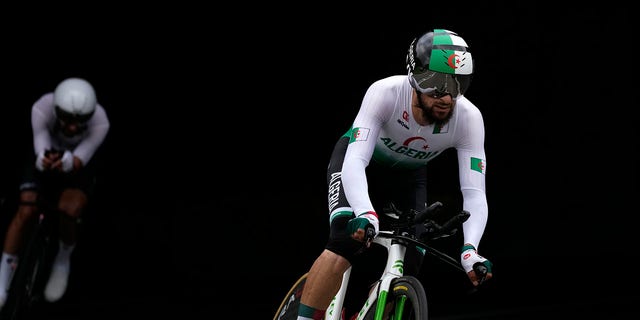 A German cycling coach has been dismissed from the Olympics this week after he was heard on TV broadcasts using a racial slur to describe two African riders during the men’s time trial.

The German Olympic Sports Confederation (DOSB) announced Thursday that cycling sports director Patrick Moster would be returning to Germany after he was caught on camera shouting a racial slur to describe Algeria’s Azzedine Lagab and Eritrea’s Amanuel Ghebreigzabhier.

“We remain convinced that his public apology for the racist remarks he made yesterday is sincere. With this derailment, however, Mr. Moster violated the Olympic values. Fair play, respect and tolerance are non-negotiable for Team D, ” DOSB President and Tokyo delegation leader Alfons Hörmann said in a statement.

Monster, 54, was shouting at Germany’s Nikias Arndt in Wednesday’s race as he trailed Legab and Ghebreigzabhier. He repeated a racial slur directed at the two riders as he encouraged Arndt to catch up to them, which was then heard on a live broadcast, German state public media Deutsche Welle reported.

Moster later apologized, saying he was caught in “the heat of the moment,” according to the outlet.

“In the heat of the moment and with the overall burden that we have here at the moment, my choice of words was not appropriate,” he said. “I am extremely sorry and can only offer my sincere apologies. I didn’t want to offend anyone.”

Arndt took to Twitter after the event to distance himself from Moster following his remarks.

“I am appalled by the incidents at today’s Olympic time trial and would like to distance myself clearly from the statements of the sporting director! Such words are not acceptable,” a translation of the tweet read.