Australia’s Aron Baynes out of Olympics after freak bathroom accident 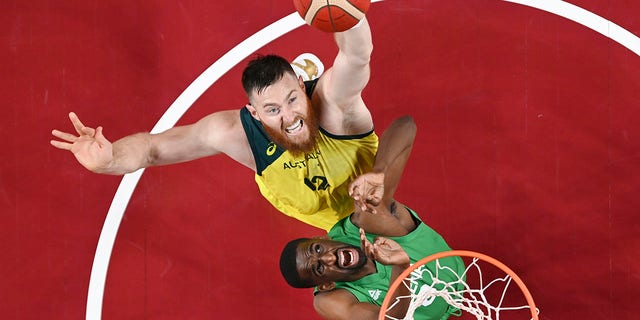 Australia’s men’s basketball team will be without Toronto Raptors center Aron Baynes after he fell in the bathroom, exacerbating an on-the-court injury he suffered during Wednesday night’s victory over Italy.

Baynes, 34, suffered a neck injury during the second half of the game but shortly after, his Olympic journey would come to an unfortunate end when he slipped in the bathroom and fell, making his injury worse.

“It was a complicated series of events,” AOC Chief Medical Officer Dr. David Hughes told reporters, via The Australian. “He did suffer an injury during the match on the court, and then he slipped in the bathroom and suffered further injury.”

Hughes continued: “It became apparent to the medical staff that this was a bit more serious than just an average injury.”

Baynes said in a statement through the team that he was “disappointed” with his early departure.

“I along with the rest of the team have been working so hard in our quest for a historic Olympic medal and I am gutted that I can’t complete the journey with the boys, but I have every confidence that they will get the job done.”

The team said that Baynes underwent a series of tests and is expected to recover in the coming weeks.

Australia is leading Group B with a 2-0 record. They are set to play Germany on Saturday.