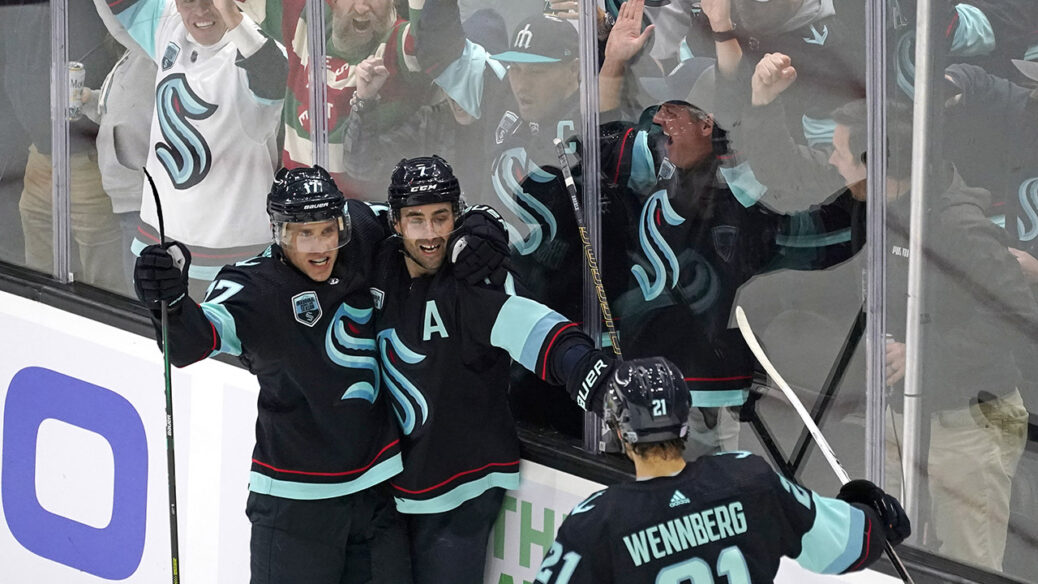 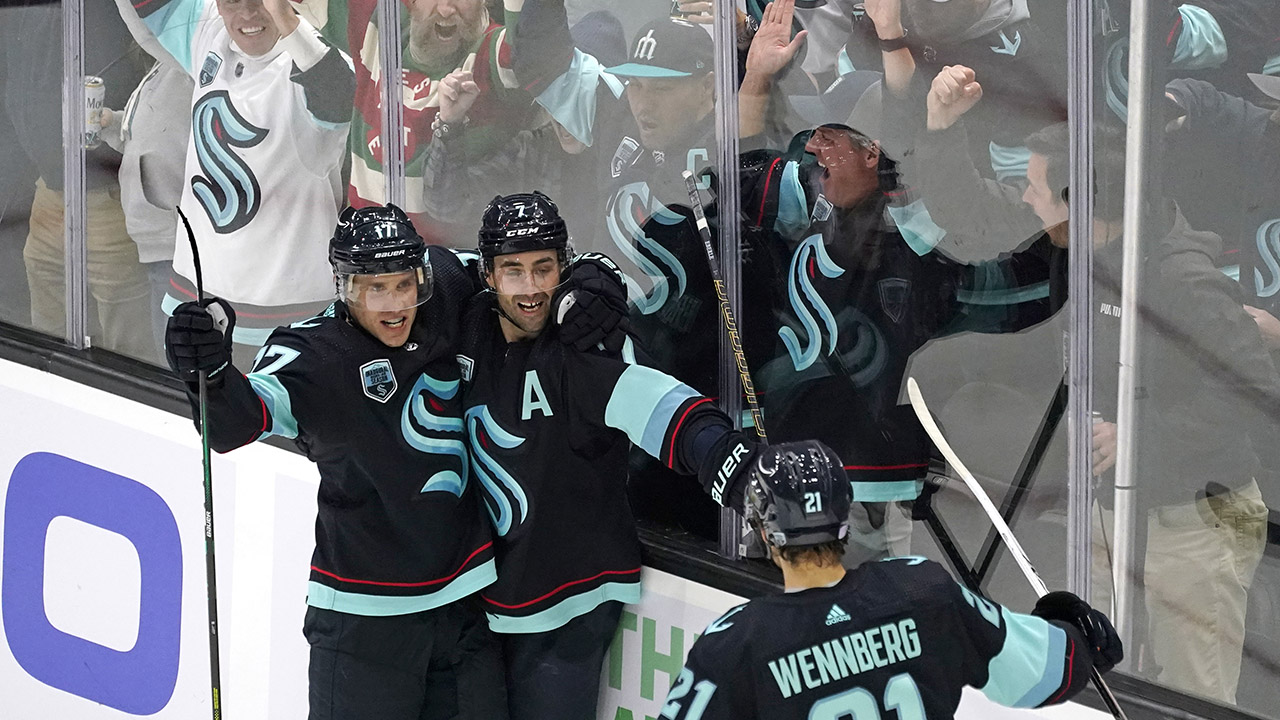 Jordan Eberle provided the big momentum swing for the Seattle Kraken when he scored seconds after the Buffalo Sabres took the lead in the second period.

He was just getting started.

Eberle scored three goals in a 9:41 span in the second and third periods for the first hat trick in Seattle franchise history, and the expansion Kraken beat the Sabres 5-2 on Thursday night.

“It’s obviously an honor. It’s really cool,” Eberle said. “I’ve had a couple but you get first in Kraken history in this arena it’s pretty special. I’m not going to lie, when (the third) went in I definitely thought about it.”

The loss capped a long, emotional day for the Sabres that began with the trade of former captain Jack Eichel to the Vegas Golden Knights and ended with Buffalo’s third straight on its West Coast swing.

Despite the distractions of the day, the Sabres said they were able to stay focused on the game, but were unable to cap the trip with a victory.

“Obviously we addressed it in the morning. But it’s business time, game day, and I’m sure guys will think about it, talk about it after now,” Sabres goalie Dustin Tokarski said. “But we know we had a job to try and do and that was our focus today.”

Seattle snapped a two-game losing streak and matched a season-high in goals. Morgan Geekie scored his second goal of the season and first since opening night to give Seattle an early 1-0 lead. Jaden Schwartz had two assists and added an empty net goal in the closing moments. Alex Wennberg also had two assists.

But the star was Eberle, and his goal late in the second period was the most important.

“At the end of the second, we weren’t necessarily playing our best. They had a power-play goal to go up 2-1, so it was good to tie it up,” Schwartz said.

Eberle scored his first goal 26 seconds after Kyle Okposo had given Buffalo a 2-1 lead late in the second period. Okposo scored on a power play to put the Sabres in front, but Eberle was left alone in front of the net and beat Tokarski.

Less than 2 minutes into the third, Eberle again got the better of Tokarski, flipping a shot over his blocker. He capped the hat trick at 8:06 with a measured slap shot that got through Tokarski and sent hats flying onto the ice of Climate Pledge Arena for the first time.

It was the fourth hat trick of Eberle’s career and first since Feb. 21, 2020, while playing for the New York Islanders against Detroit. Eberle has scored five goals in the last five games after a frustrating stretch early in the season.

“The biggest thing is if you’re getting one or two looks a game and you’re finishing them you have the confidence to do it, and that’s big,” Eberle said.

Okposo and Tage Thompson scored for Buffalo and Tokarski made 33 saves.

Thompson scored his third of the season in the second period, and Okposo’s third goal gave Buffalo a lead that didn’t last 30 seconds.

Buffalo played its second straight game without leading scorer Victor Olofsson, who is out for an undisclosed reason. Olofsson played in the first game of the Sabres’ West Coast swing, but missed Tuesday’s loss to San Jose and Thursday’s game.

It took five home games, but the Kraken finally had their first true fight in their home arena. Jamie Oleksiak and Buffalo’s John Hayden dropped the gloves late in the first period. The bigger Oleksiak landed several shots and took Hayden down to the ice. Hayden also picked up a penalty for roughing and Seattle’s first goal came just after the power play ended.

NOTES: Rasmus Asplund recorded an assist on Thompson’s goal to extend his point streak to five games. … The last hat trick for an expansion team came from William Karlsson for Vegas during the 2017-18 season. Karlsson’s hat trick didn’t happen until March 2018 against Calgary. … Seattle was 0 for 4 on the power play and is 3 for 36 on the season.

Kraken: Travels to Arizona on Saturday.