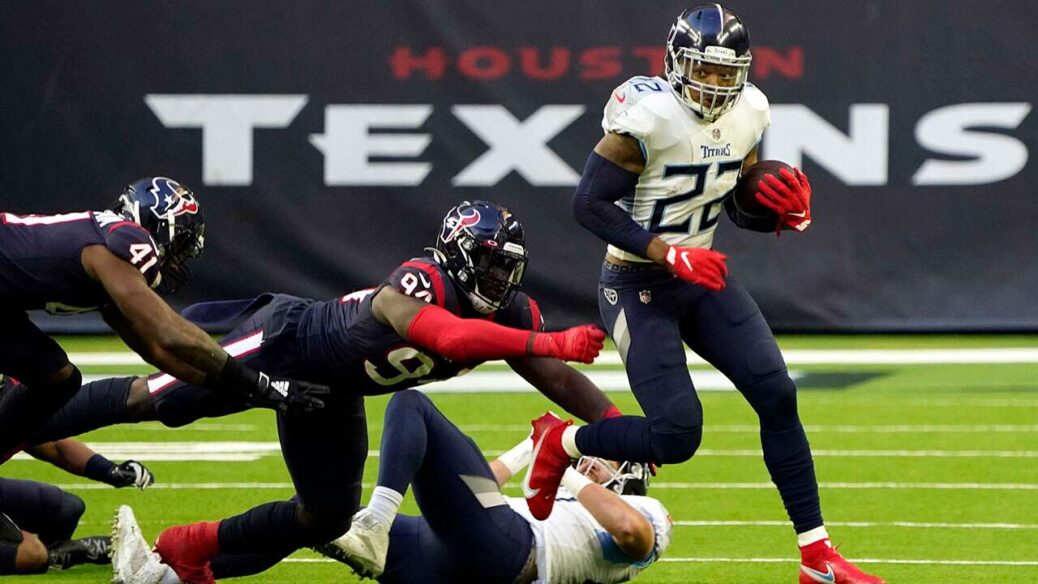 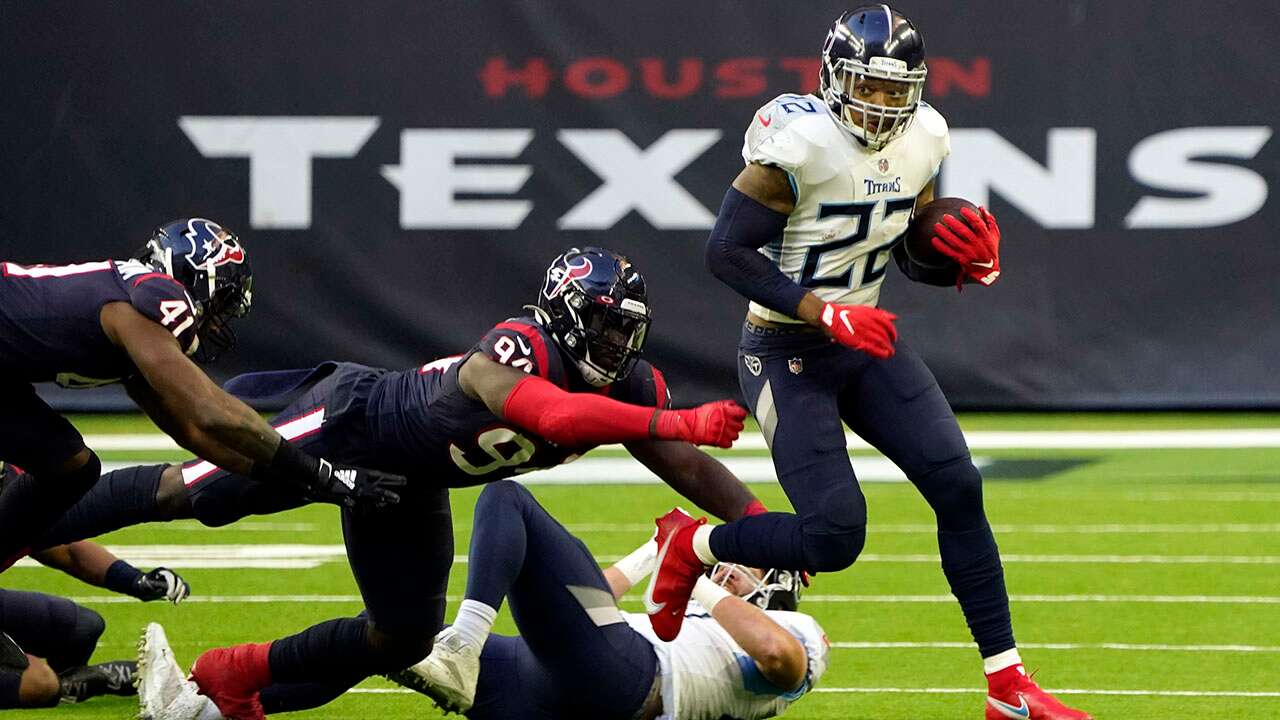 Hand Derrick Henry his crown: he’s the eighth player in NFL history to run for 2,000 yards.

Henry, who entered the game with 1,777 yards rushing, ran for a career-high 250 yards to lead the Tennessee Titans to a 41-38 victory over the Houston Texans to win their first AFC South title since 2008.

Henry finished the season with 2,027 rushing yards, which is the fifth-best rushing total in a season. He’s the first player to accomplish the feat since Adrian Peterson had 2,097 in 2012.

Quarterback Ryan Tannehill connected with wide receiver A.J. Brown for a 52-yard reception shortly after Houston tied the game with 18 seconds left in the fourth quarter.

Rookie kicker Sam Sloman knocked in a 37-yard field goal that bounced off the upright to give the Titans the win as time expired.

Tannehill threw for 216 yards and a touchdown and ran for two more scores.

The Titans will host the Baltimore Ravens in the wild-card round of the playoffs next weekend.

Indianapolis will travel to Buffalo, and Cleveland will visit Pittsburgh to round out the remaining playoff games in the AFC.