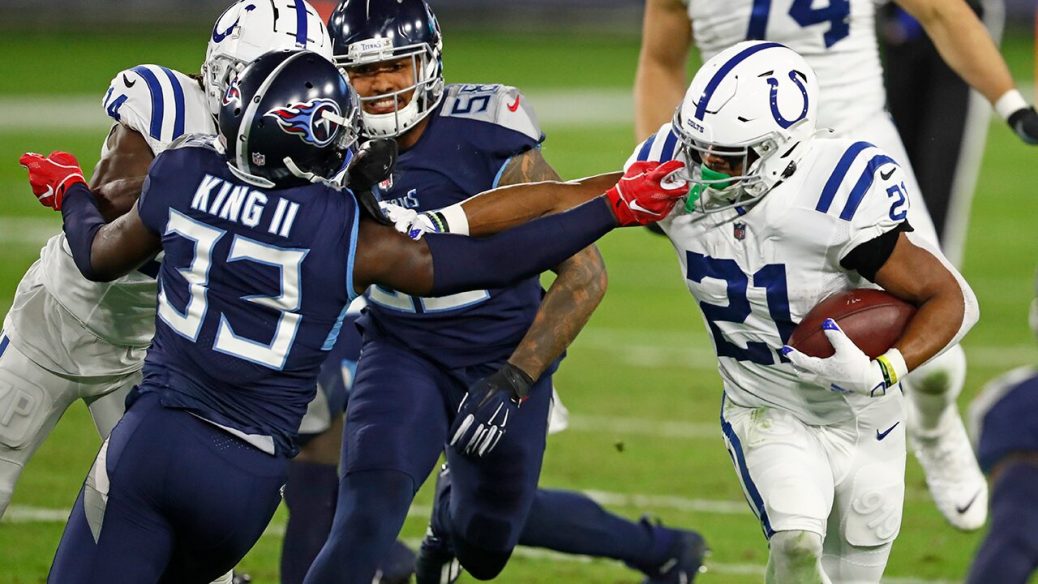 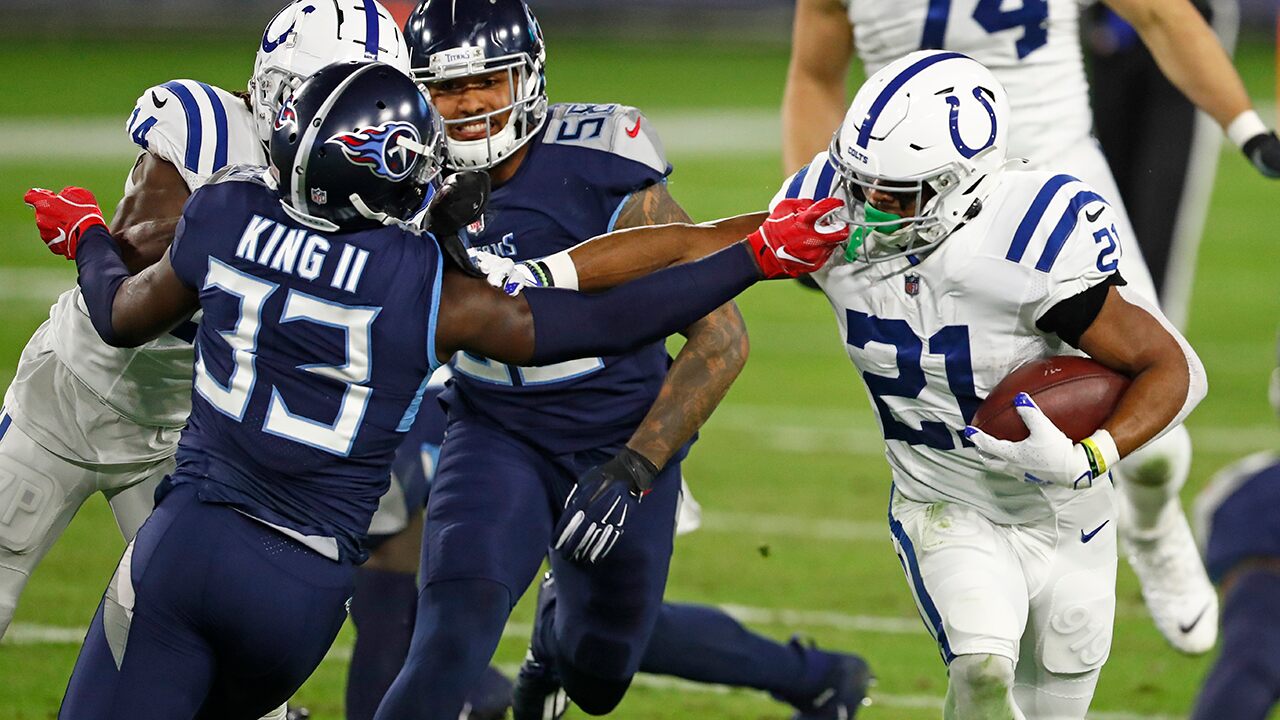 Philip Rivers threw for 308 yards and a touchdown, and Nyheim Hines scored twice as the Indianapolis Colts beat the Tennessee Titans 34-17 Thursday night to grab the head-to-head edge atop the AFC South.

The Colts (6-3) will host the rematch in Indianapolis on Nov. 29 after helping coach Frank Reich improve to 4-1 against Titans coach Mike Vrabel. Indianapolis now is 14-5 at Nissan Stadium.

Indianapolis came in with the NFL’s best defense in terms of fewest yards allowed. The Colts smothered a Tennessee offense that had been averaging 384.6 yards a game, 10th-best in the NFL, and seventh-best averaging 29 points a game. E.J. Speed also blocked a punt that T.J. Carrie returned 6 yards for a TD late in the third quarter.

The Colts outgained Tennessee 430-294, though Derrick Henry ran for 103 yards.

The Titans (6-3) lost for the third time in four games as they head into the toughest stretch of their season with Indianapolis the first of four straight opponents currently with winning records.

Tennessee led 17-13 at halftime. Indianapolis took advantage of the Titans’ special teams woes to score twice in the third quarter for a 27-17 lead.

Tennessee went with a third different punter in three games, promoting Trevor Daniel after signing him to the practice squad last weekend. Daniel’s first punt went 17 yards, and Hines scored four plays later on a 2-yard TD run. The Titans gave Daniel no help on his second, with Speed easily breaking through for the block.

The Colts padded their lead to 34-17 with Jacoby Brissett capping the next drive with a 2-yard TD run with 9:21 left.

Indianapolis’ final margin would’ve been larger. But the Colts settled for a 43-yard field goal at the end of the first half, and the Titans forced a turnover on downs on Indianapolis’ opening drive of the third.

Rivers came in needing only 4 yards passing to move by Hall of Famer Dan Marino for the fifth-most in NFL history. He passed Marino on the Colts’ first play from scrimmage with an 11-yard pass to rookie Jonathan Taylor. Rivers now has 61,666 yards for his career. He also made his 233rd consecutive start and is one away from tying Eli Manning for the 10th-longest streak in league history.

Titans wide receiver Corey Davis played a day after his older brother, Titus, died at age 27 from a rare form of kidney cancer. Davis did not practice Wednesday hours after his brother died. He was crying before kickoff, then finished with a team-high five catches for 67 yards.

Colts cornerback Xavier Rhodes went down on the second play from scrimmage. He walked off on his own and was back before the first quarter ended.

Titans center Ben Jones hurt a knee but returned. Titans left guard Rodger Saffold limped to the sideline late in the second quarter with an injured ankle, but he returned. Defensive lineman Larrell Murchison hurt his back.