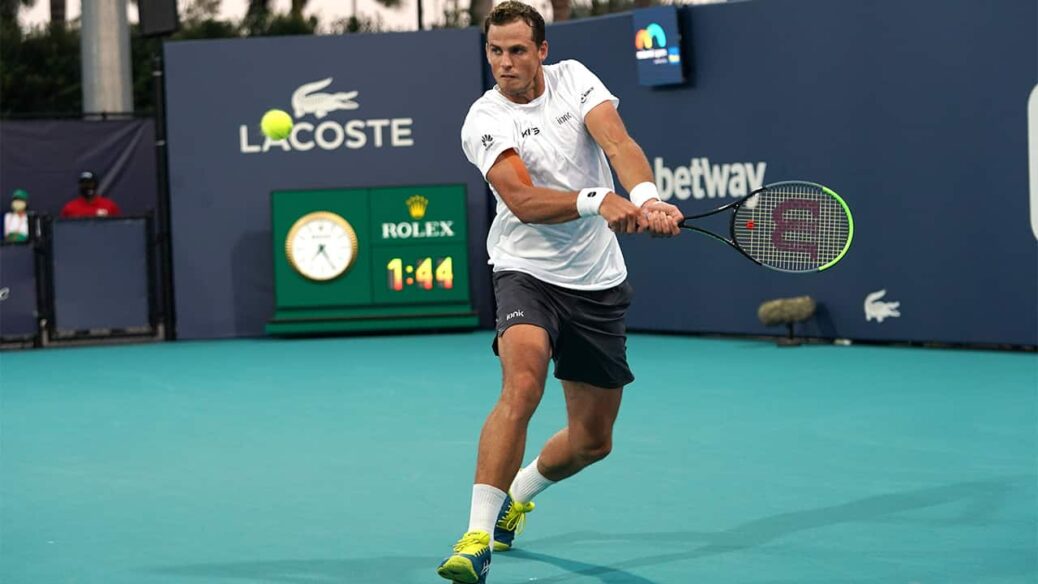 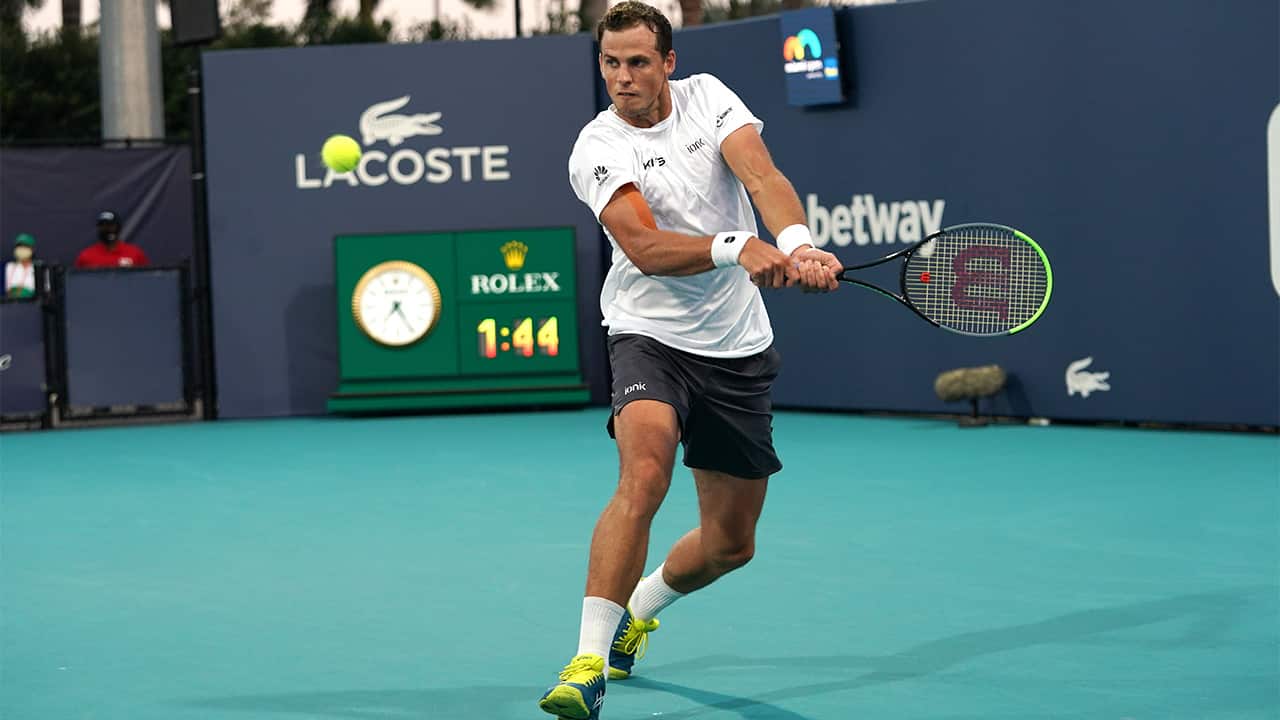 Canadian tennis pro Vasek Pospisil apologized on Twitter Wednesday after he attacked ATP Chairman Andrea Gaudenzi in a profanity-laced tirade during his first-round exit from the Miami Open.

Pospisil had already received a warning for racquet abuse when he had a meltdown during a changeover with regards to a meeting he attended on Tuesday night with Gaudenzi.

SERBIAN MODEL SAYS SHE WAS OFFERED $70G TO SEDUCE, FILM NOVAK DJOKOVIC AS A PART OF SMEAR PLOT: REPORT

“What’s happening today? An hour and half yesterday, the chair of the ATP [expletive] screaming at me in a player meeting, for trying to unite the players,” Pospisil said, per Tennis.com. “For an hour and a half. The leader of the ATP.”

Pospisil was referring to recent efforts to set up a new group to represent men’s professional players.

“Get him out here. Why am I supporting this? … [expletive].”

He at one point even threaten legal action saying: “If you want to default me, I’ll gladly sue this whole organization.”

Pospisil angrily launched a ball out of the court, smashed two rackets and was penalized for verbal abuse before losing in three sets to Mackenzie McDonald.

He took to Twitter a short time later to issue an apology.

“I want to sincerely apologize for my behavior on the court in Miami earlier today. I disrespected the game I love and for that I am truly sorry. By way of explanation, I felt deeply unnerved during a meeting between players and ATP executives last night.”

He continued: “I underestimated the toll those emotions took on me until I stepped onto the court today. Again, I am sorry for my on-court behavior and the language I used.”