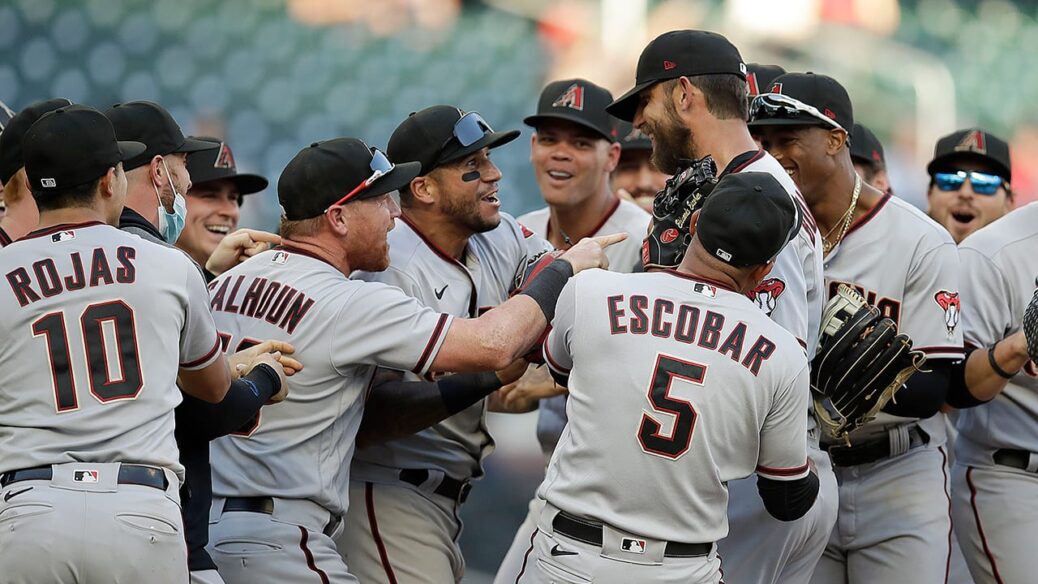 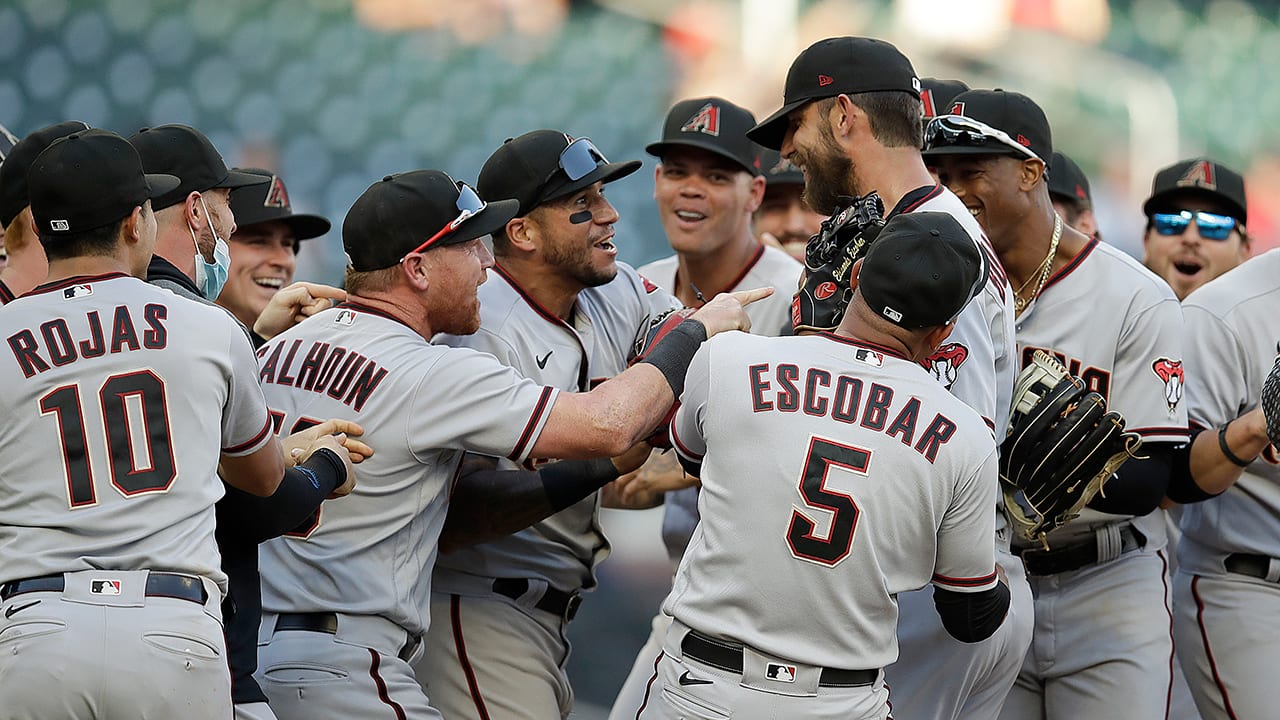 Madison Bumgarner threw a seven-inning no-hitter, an achievement that won’t count in the Major League Baseball record book but completed a dominant day of Arizona Diamondbacks pitching for a 7-0 win over the Atlanta Braves and a doubleheader sweep Sunday.

After Zac Gallen threw a one-hitter to win the opener 5-0, Bumgarner did even better.

Bumgarner struck out seven and the only Braves batter who reached base against him came on shortstop Nick Ahmed’s throwing error in the second inning.

Bumgarner casually shook hands with catcher Carson Kelly after Marcell Ozuna lined out to end it. Then the rest of the Diamondbacks joined in with the tall left-hander and the celebration livened up around the mound.

Officially, Bumgarner’s gem won’t count in the list of no-hitters. MLB’s eight-man committee on statistical accuracy decided in 1991 that a no-hitter was a game of nine or more innings that ended with no hits.

Other pitchers had come close since Commissioner Rob Manfred and MLB switched to seven-inning doubleheaders last year during the coronavirus pandemic.

“It feels good. I just want to say two things before I go celebrate with the guys,” Bumgarner said on a TV interview after the game. “I want to thank these shadows in Atlanta. They helped me out a good bit. That was awesome. And I want to thank Rob Manfred for making these seven-inning games.”

There have already been two official no-hitters this season, by San Diego’s Joe Musgrove and Carlos Rodón of the Chicago White Sox.

Atlanta’s only hit during the afternoon was by reigning NL MVP Freddie Freeman, who lined a clean single to right-center field off Gallen with one out in the sixth of the opener.