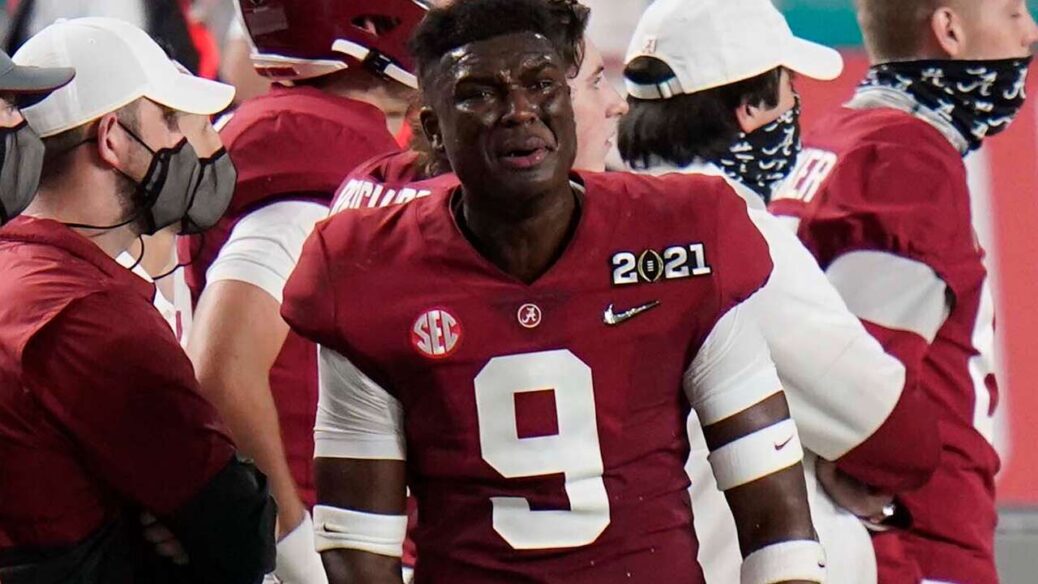 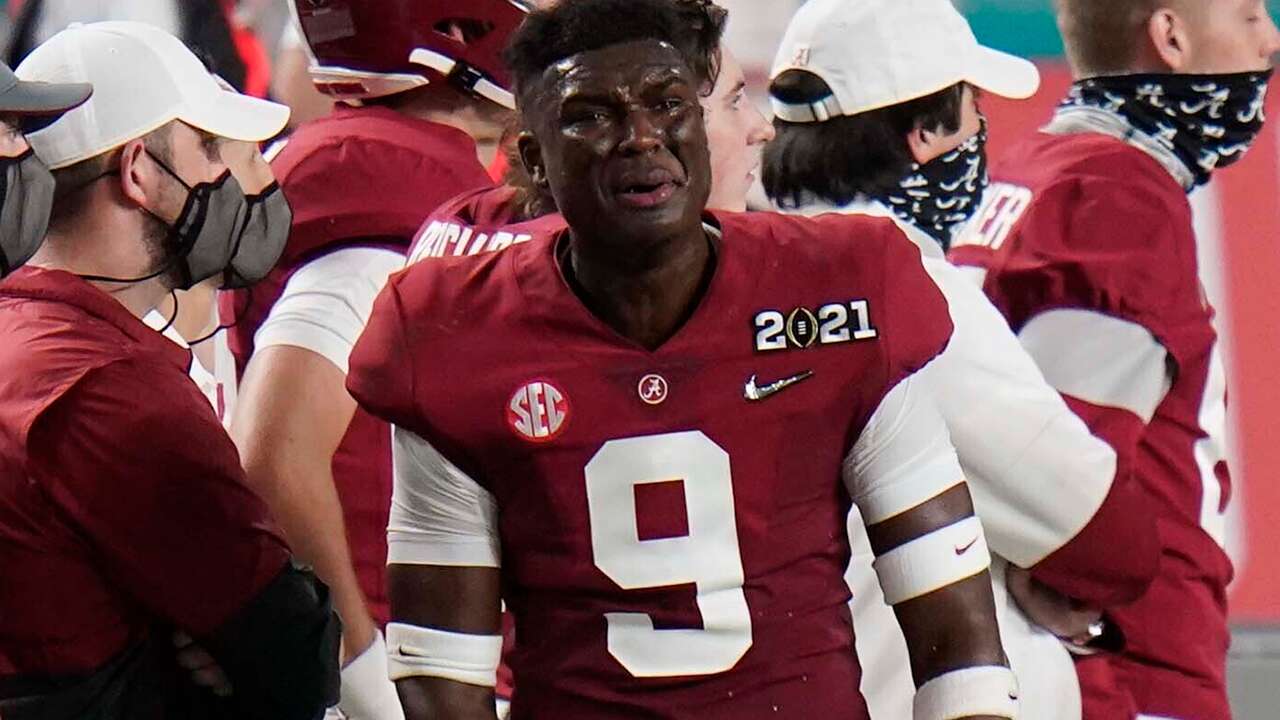 Alabama defensive back Jordan Battle was ejected from the college football national championship game Monday night after receiving a targeting penalty in the second quarter.

Battle was flagged for the penalty after he appeared to hit Buckeyes tight end Jeremy Ruckert with the crown of his helmet as Ohio State was driving down for a score.

Officials determined that Battle leaned with his helmet and made contact with Ruckert’s helmet. Because of NCAA rules, Battle was ejected.

The young defensive back was then seen on the sidelines being a little emotional after the ejection.

The sophomore came into the national championship game with 63 total tackles, including three for a loss and an interception in 11 games for the Crimson Tide this season. He returned the interception for a touchdown in a game against Kentucky.

In his freshman season, Battle had 30 total tackles, two for a loss, an interception and a sack.

Alabama had a narrow lead against Ohio State, 21-17, with about five minutes remaining in the first half of the game.