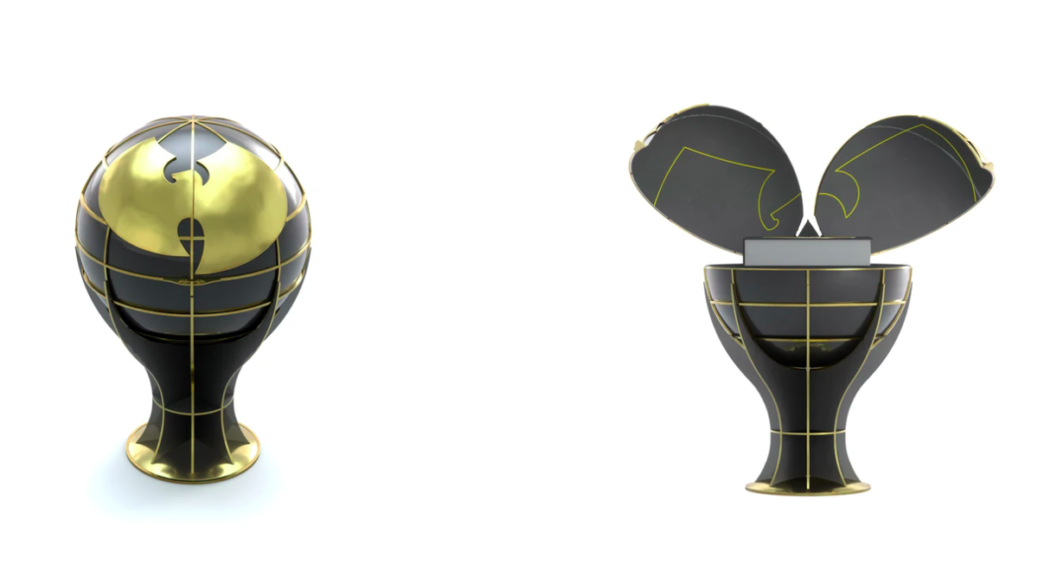 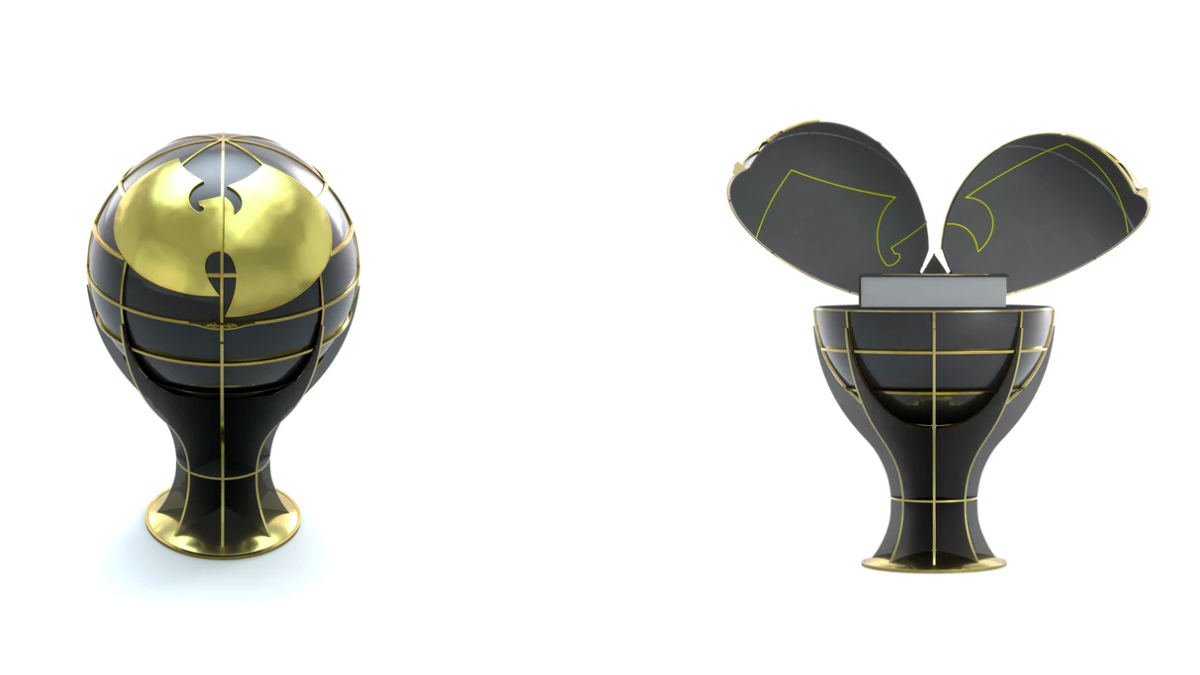 Wu-Tang is for the (very strong) children: the rap legends have unveiled 36 real-life chambers, each a 400 pound case for a limited-edition photo book.

The Shaolin spitters’ fascination with the number 36 dates back to their debut album Enter the Wu-Tang (36 Chambers). The nine members famously put their whole hearts into the project, and that included all four cardiac chambers. Multiply nine by four and you arrive at what has become one of the most mystical numbers in hip-hop.

These 36 works of art are designed by Gethin Jones and inspired, according to the book’s publishing site, by “the ancient past and the bronze ritual bowls of the Zhou Dynasty whose first ruler was King Wu-Wang.” Each artwork is sculpted out of black steel and adorned with solid brushed brass. The top of the globe splits into two hemispheres, both hinged at the back like suicide doors. Inside you might expect the rap holy grail, but instead it’s a leather-bound coffee table book, 21-inches on a side, and featuring over 300 color pages full of unseen images of the Clan. Each copy will be signed, dated, and accompanied by a certificate of authenticity. Altogether it is advertised as “The biggest and rarest book in hip-hop history.”

This isn’t the Wu-Tang’s first foray into wild, one-of-a-kind releases. In 2015, a whole album Once Upon a Time in Shaolin was auctioned off for $2 million to finance douche Martin Shkreli. It was ultimately seized by the federal government as part of the case against Shkreli, and the whole sordid ordeal is being turned into a Netflix movie. Last year, the Clan rolled out “Protect Ya Hands” sanitizer.

Are you ready for the BIGGEST and RAREST book in hip hop history?
For more info go to – https://t.co/pjtoFXNxLZ#wutang #wutanglegacybook #wuwednesday pic.twitter.com/CMSg11KT5N