Home MUSIC Top 10 Trap Classics You Might Have Forgot About 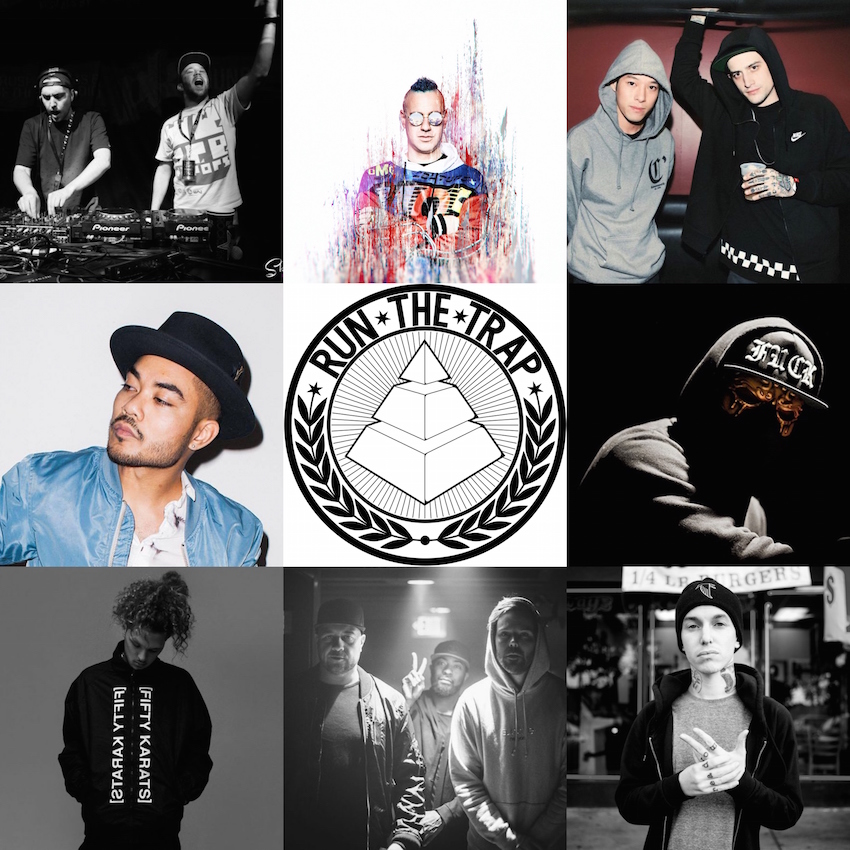 Looking back at the different eras of electronic music throughout recent decades, I bet you can guess what our favorite is. That’s right, we’ll always look back on the “Golden Trap’ era fondly, and sometimes we miss it. So we thought why not take a look back at some of our favorite tunes from the years of 2012-2015, and we had a blast doing it.

Starting off with a bang we have Hucci’s 2015 classic trap record ‘Hitta’. With a massive atmosphere throughout, this record boasts one of the catchiest lead melodies and absolutely incredible drum work for the legend himself.

Moving on we have a record from trap legends Brillz & ETC!ETC!. Before Brillz became one of the founding members of the Wakaan family as LSDream, and during early days of ETC!ETC! rise to become one of the leaders in the moombahton scene, these two join forces for their monster track ’Swoop’.

How can we do a list like this and not pay our respects to two of the genre’s founding fathers? The trap scene will forever be in debt Atlanta-native Mayhem and Bay-are native Antiserum for masterfully combine elements of hip-hop and bass music in their record ‘Trippy’, along with many others.

Next up, we have a record from yet another now seasoned veteran, LA-Native Ricky Remedy. Now known simply as Remedy, the talented producer played a pivotal role in pushing the genre to new heights. That fact is put on full display in his ‘2014’ record ‘Sluggin’’.

These are two names that might have faded away from your mind over the years, but we’re here to tell you that’s a mistake. Instant Party! & Breaux’s record ‘Moon of Pejeng’ retains this timeless groove and lead that will always have us spinning this back. Even better, Instant Party! has begun releasing music again after a nearly five-year hiatus, be sure to check those out!

Trap & Carmack go together like cereal and milk, so you know you’d find a tune from this legend on this list. With so many to chose one, we wanted to showcase one that might have slipped your mind. ’Simpler’ is a record that speaks for itself, have a listen.

Next up, we have yet another legendary trap artist in Gent & Jawns, with his record ‘Turn Up’. Now known simply as Jawns, the man in question has since gone on to become a founding member of RL Grime’s Sable Valley and to stamp his name into the trap hall of fame. ‘Turn Up’ is a reminder of where it all began.

Moving on we have the man, the myth, the legend, Heres x Villians. Now simply known as HxV, this Atlanta-native played a pivotal role in developing the genre way before it was selling out festivals around the world. Together with other legends like Mayhem, HxV will always be considered pioneers of the trap sound, and ‘Flex’ is just a reminder of that.

How could we forget our favorite masked menace, revered trap artist, world champion turntablist, and Quality Goods Records founder, UZ. Rewind to the birth of the UZ project, and we could all recall the impact of his various ‘Trap Shit’ EPs on the genre. So it’s only right we highlight one of our favorites.

Last but most definitely not least we have the legendary duo out of Canada, Keys N Krates with their classic record ‘eI Just Can’t Deny.’

The post Top 10 Trap Classics You Might Have Forgot About appeared first on Run The Trap: The Best EDM, Hip Hop & Trap Music.