Tidal at 25: The Messy, Unconventional Brilliance of Fiona Apple 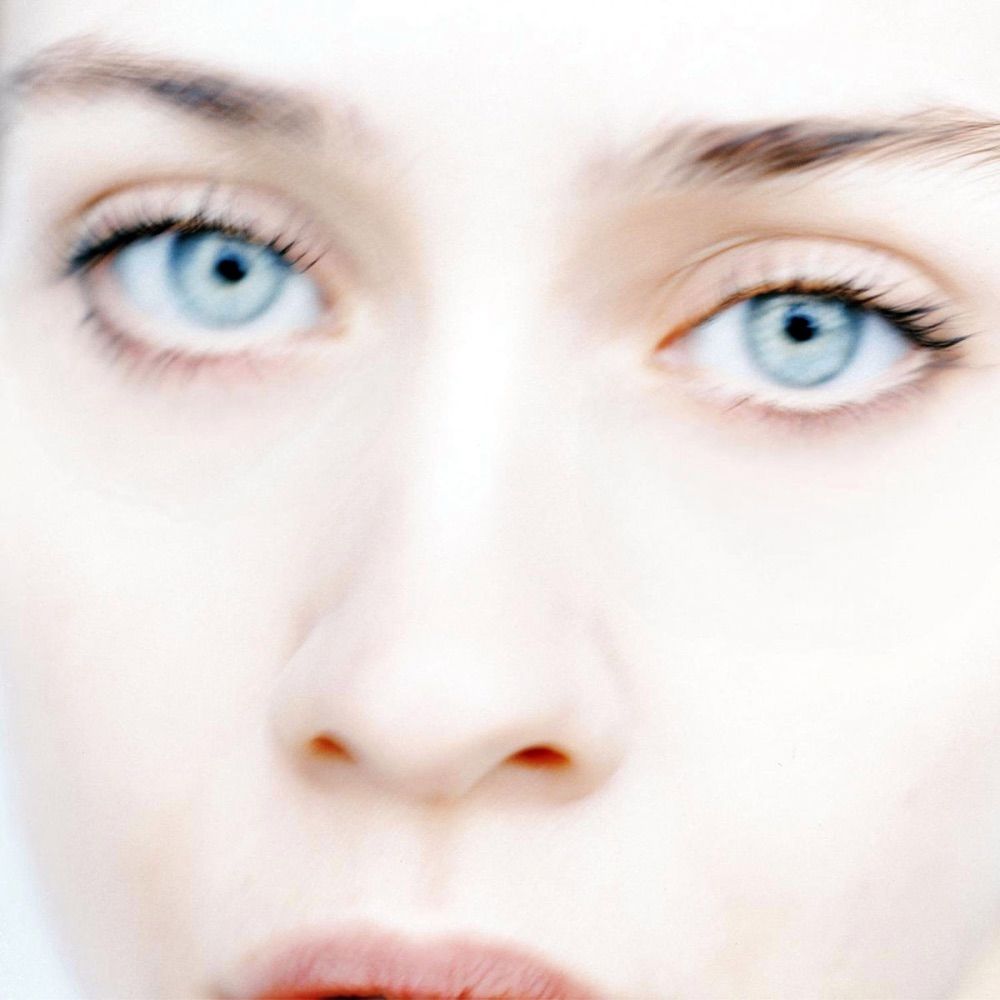 When Fiona Apple released her debut album Tidal on this day in 1996, you could say it gave the music industry whiplash. The album was a dynamic, post-genre masterpiece — blending everything from jazz and alt-rock to pop — and established Apple as a brutally honest and necessary voice in music. Twenty-five years later, Apple remains an incomparable force that has long challenged the landscape and status quo, forging a path for female singer-songwriters in the years since.

In the summer of 1996, the music industry was largely dominated by a sea of male artists. Before Tidal’s release, the commercial successes of artists like Sheryl Crow and Tori Amos helped make room for the possibility of more women on rock radio, but it was Apple, then 18, who upended the whole enterprise.

Like Alanis Morrisette, Shirley Manson and Liz Phair, Apple was radically honest about sexuality and power dynamics, but they were the few in the mainstream who dared to be so outspoken, rebellious, provocative and unapologetically angry at the world. “I’m so sensitive — meaning I feel things very intensely — that when things happen to me, they happen through me, and in me,” Apple explained to Billboard in 1996.

Unlike the more saccharine songs from boy bands like Backstreet Boys or the radio-friendly guitar rock of Goo Goo Dolls, Apple’s music was an eccentric, jazz-filled opus that explored female sensuality, fragility and trauma — topics that were decidedly taboo at the time. With Apple’s husky vocals soaking every lyric, Tidal was poetic defiance paired with piano. “I guess there’s a certain maturity to what I write, but there’s no way to say what an 18-year-old should be writing,” she also told Billboard.

What’s more impressive is that much of Apple’s debut was penned when she was only 16. It shocked even Andy Slater, who would produce her debut LP. ”I was not entirely convinced that this person sitting in front of me — who was clearly 17 — had written those words,” he told The New York Times.

Upon its release, Tidal was met with glowing reviews. And for the past 25 years, one song has remained its centerpiece: “Criminal.” Penned in just 45 minutes, “Criminal” — a self-loathing song about using sex for power — would not only be Apple’s highest-charting single, but endure as her biggest hit of all time. And its video? That would ignite chaos due to Apple’s “heroin chic” look and near-nudity.

But those who simply wrote Apple off because of surface-level judgments didn’t grasp the weight of “Criminal” or Tidal — and she simply didn’t care to make anyone comfortable with her work. Instead of being lauded as an artistic genius, she was seen as a “diva” and a “bad, bad girl.”

To the public, an acceptance speech for Best New Artist at the 2007 MTV Video Music Awards fueled her “reputation.” Apple went off-script and took aim at the pop machine: “Everybody out there that’s watching this world: this world is bullshit. And you shouldn’t model your life around what we think is cool, and what we’re wearing and we’re saying and everything. Go with yourself.”

Her message, while decried then, is more prescient now. The “sit down and shut up” attitude that once encumbered Apple has dissipated. More than ever, individualism and candor are celebrated within the pop music industry.

Indeed, Apple and her inaugural work can largely be credited with influencing her contemporaries’ art over the years. From Billie Eilish to Lizzo, raw, artistic expression has become an industry standard that’s celebrated instead of being criticized. While some influences are more overt than others, at times it’s the subtleties of her art that have permeated.

The singer’s flourishes on Tidal can be heard in the cinematic arrangements from Florence and the Machine, in Lana Del Rey’s syrupy, alto vocals, and particularly, in the frank songwriting of the current generation of female indie-rockers. Apple has been cited as an inspiration for singer-songwriters Soccer Mommy, who was listening to her music during the 2020 colour theory album cycle, as well as by Sharon Van Etten, who penned an Instagram post dedicated to the singer when Apple reimagined Van Etten’s “Love More” on her Epic anniversary reissue.

“The emotional rawness and visceral angst and honesty of Fiona Apple’s music was first met by my teenage years,” Van Etten wrote. “Fiona made me want to be a better player. She made me want to have something to say. Having no concept of age, I heard her voice as experienced and wise and someone that I wanted to be or to know. I carried her with me.⁣⁣”

St. Vincent’s Annie Clark has also praised Apple as a “great writer. “She’s a true freak of nature,” Clark told the BBC. “That brain of hers is really something.”

Apple’s influence has transcended beyond singer-songwriters, too. Kanye West once declared he wanted to be the “hip-hop Fiona Apple.” Lady Gaga has long been a fan of Apple and “gushed” to Billboard about “what a comfort” her music has been this year. “I just reveled in the way that girl is so herself,” she said.

In a then-squeaky-clean pop world, Tidal was messy, moody and rife with self-loathing. And yet it was brilliant. The maturity of Apple’s work was refreshing, palpable; fierce. Written when Apple was only 14, the striking opener “Sleep to Dream” is an amalgamation of teenage frustration and self-assuredness. Second track “Sullen Girl” manages to be even more affecting, as Apple confronts the aftermath of her own rape at age 12: ”They don’t know I used to sail the deep and tranquil sea/ But he washed me ashore and he took my pearl/ And left an empty shell of me.”

What remains throughout Tidal is its sheer unpredictability and its songs that spare no one — not even Apple herself. On “Shadowboxer,” her slinky vocals are a gut punch from being toyed with by a lover — a contrast to “Criminal,” where the singer is in control. But Apple largely grapples with the complications of coming into your sexuality and losing your innocence.

In “The First Taste,” Apple gives into temptation: “I do not struggle in your web/ Because it was my aim to get caught.” Yet “The Child Is Gone” seemingly references “Sullen Girl” and touches on the lasting effects of sexual assault: “Take all of your sympathy and leave it outside/ ‘Cause there’s no kind of loving that can make this all right/ I’m trying to find a place I belong.” The jazz-tinged closer “Carrion” tackles another aspect of sexuality — the loss of attraction. Even in the darkest moments of Tidal, Apple finds empowerment and continues to find a way forward.

While Apple was at one point a total newcomer, she has since become the absolute industry standard. From her vulnerability and authenticity to her lyrical prowess and the experimental nature of her sound, it’s impossible not to see her influence abound. No longer is Apple up for debate. The tables have turned.

Apple and her landmark album Tidal remain canon. The album inarguably recast what pop stardom could look like and set the stage for artists — particularly complicated women — to remain uncompromising in their vision and boldly outspoken. There’s no doubt that the album remains a masterclass in confessional songwriting that will continue to reverberate for generations to come.