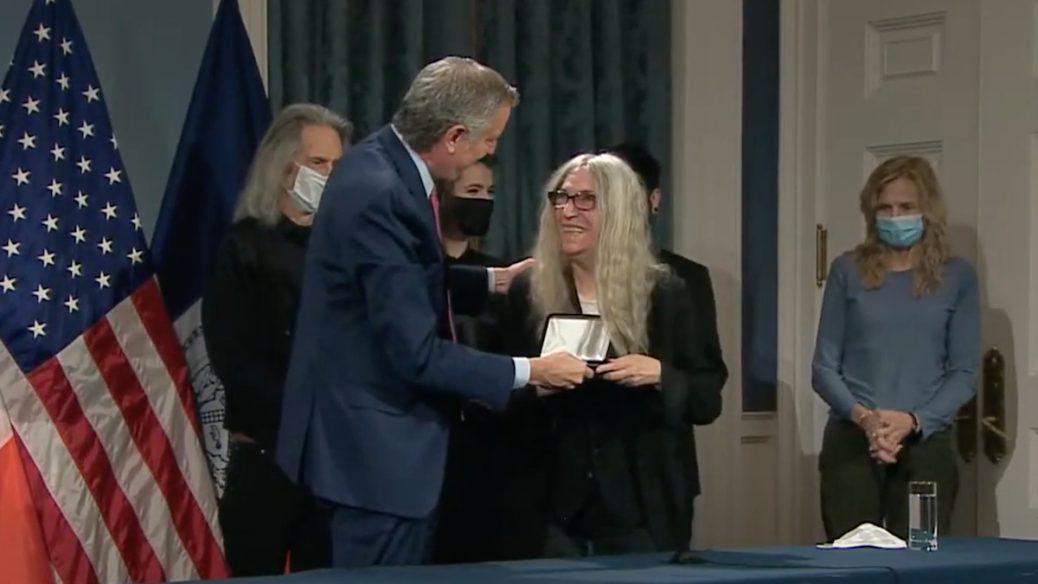 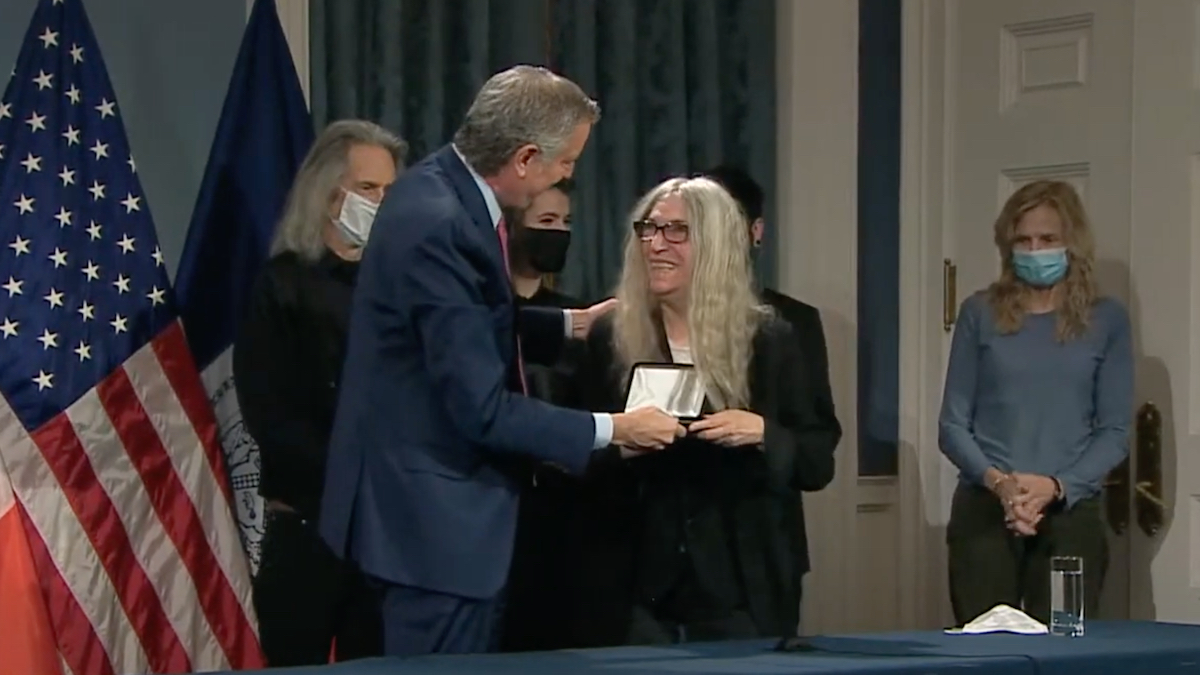 Patti Smith has been New York City nobility ever since she rose to prominence as one of the initial voices of the city’s punk scene in the 1970s. But now, the multi-hyphenate’s mark on the Big Apple is official: Mayor Bill de Blasio honored Smith with a key to the city today (December 27th).

“There are many artists out there, many musicians out there, but there was only one Patti Smith,” de Blasio said at the ceremony. “Patti Smith had an authenticity and has an authenticity that you just didn’t find that many other places — an ability to cut through all the swirl around us and speak some more profound truths.”

“I came here in 1967 from a rural area of South Jersey,” Smith added. I had just a few dollars in my pocket, nowhere to stay, no real prospects. But I came here to get a job and see what I was made of. And I found that the city, with all of its diversities and possibilities, if you’re willing to work, if you maintain your enthusiasm, you’ll make it.”

Smith joins Senator Chuck Schumer and music mogul Clive Davis as de Blasio’s last honorees before his term as mayor ends on December 31st. Alongside fellow musician and longtime collaborator Lenny Kaye, she wrapped up her portion of the ceremony with a rendition of her 1978 song, “Ghost Dance.”

Coming up in the ’70s, Smith kickstarted her music career at the famed East Village music venue CBGB, among the likes of Talking Heads and The Ramones. Also a revered author, her books — including the memoirs Just Kids and M Train and numerous collections of poetry — have cemented her legacy well into the 2020s. See her receive her Key to NYC in the video below around the 27 minute mark.

Earlier this year, Smith started her own Substack newsletter, and shared a live EP called Live at Electric Lady.