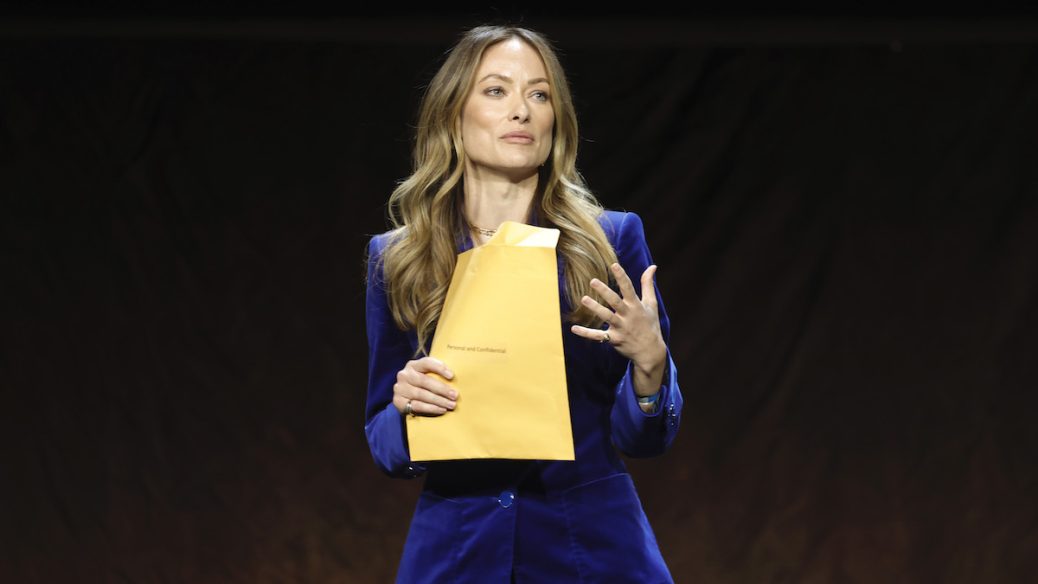 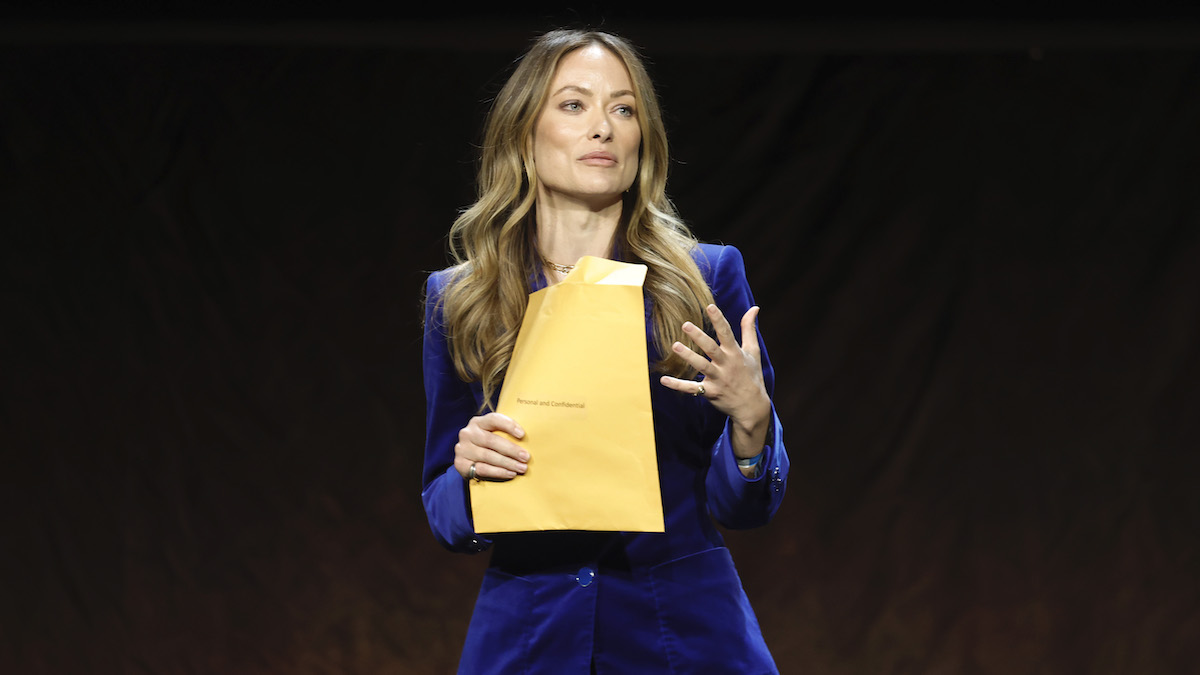 Olivia Wilde was served custody papers from her ex-fiancé, Jason Sudeikis, while presenting the trailer for her upcoming film Don’t Worry Darling at CinemaCon, Deadline reports.

The actress/director was previewing her upcoming project, which stars Florence Pugh and Harry Styles, at the gathering of movie theater owners when an unidentified person approached the stage and slid her a manila envelope marked personal and confidential. “This is for me?” Wilde asked, according to Deadline. It was later confirmed by Deadline that the envelope contained legal documents.

As a result of the incident, CinemaCon organizers said they “will reevaluate our security protocols.”

Wilde and Sudeikis began dating in 2011 and broke up in November 2020. The couple got engaged in 2013, but never officially wed. They have two children together.

Interestingly enough, Wilde began dating Styles in January 2021 after the two met on the set of Don’t Worry Darling. In the film, the singer plays Jack, an employee of a secret 1950s operation known as the Victory Project. Pugh plays Jack’s wife, Alice, who disregards her restrictive housewife duties in order to get to the bottom of her husband’s work. The film hits theaters on September 23rd.

Wilde made her directing debut with 2019’s Booksmart. As for Sudeikis, the Ted Lasso star recently ran a victory lap on Saturday Night Live, coached Foo Fighters in their “Love Dies Young” music video, and starred in an animated Christmas short.