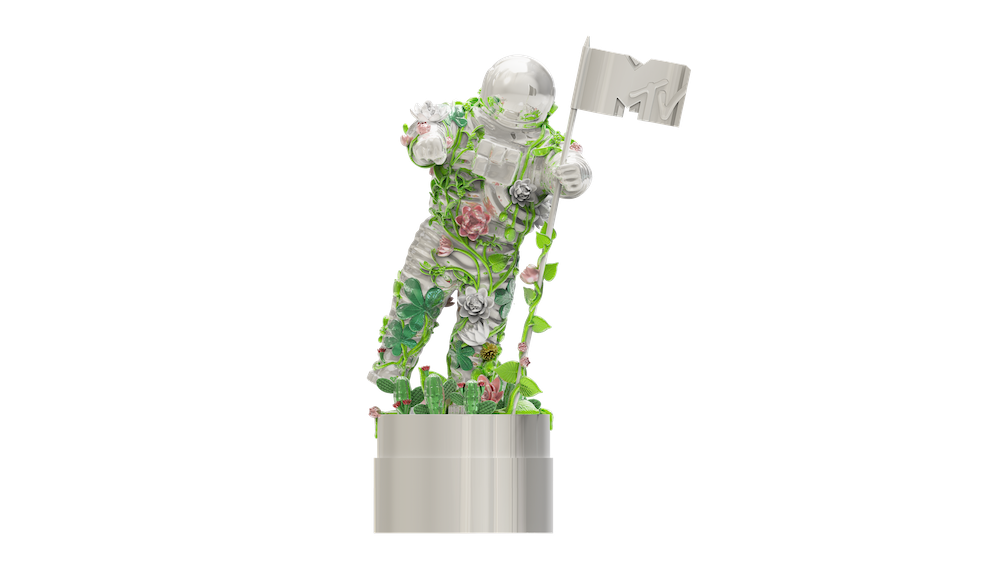 American artist Kehinde Wiley has designed a new version of the iconic MTV Moon Person Trophy, as Rolling Stone points out. The updated statuette was created as part of MTV’s 40th anniversary celebration. Wiley’s Moon Person is adorned with flowers and green vines, and “represents inclusivity and diversity marked by the historical, environmental and nature relevance of the botanicals,” as MTV told RS. Winners will receive the updated trophy at the 2021 MTV Video Music Awards.

Each intertwined vine or leaf has a different historical relevance, such as the seeds from African slaves, that are woven into the American tapestry. The sculpture complements Wiley’s forthcoming series of portraits, in which he plans to create paintings featuring his subjects lying on their sides as vines encircle their bodies.

The 2021 MTV VMAs are scheduled for on September 12 at the Barclays Center in Brooklyn, New York. The show will take place in front of a live audience. 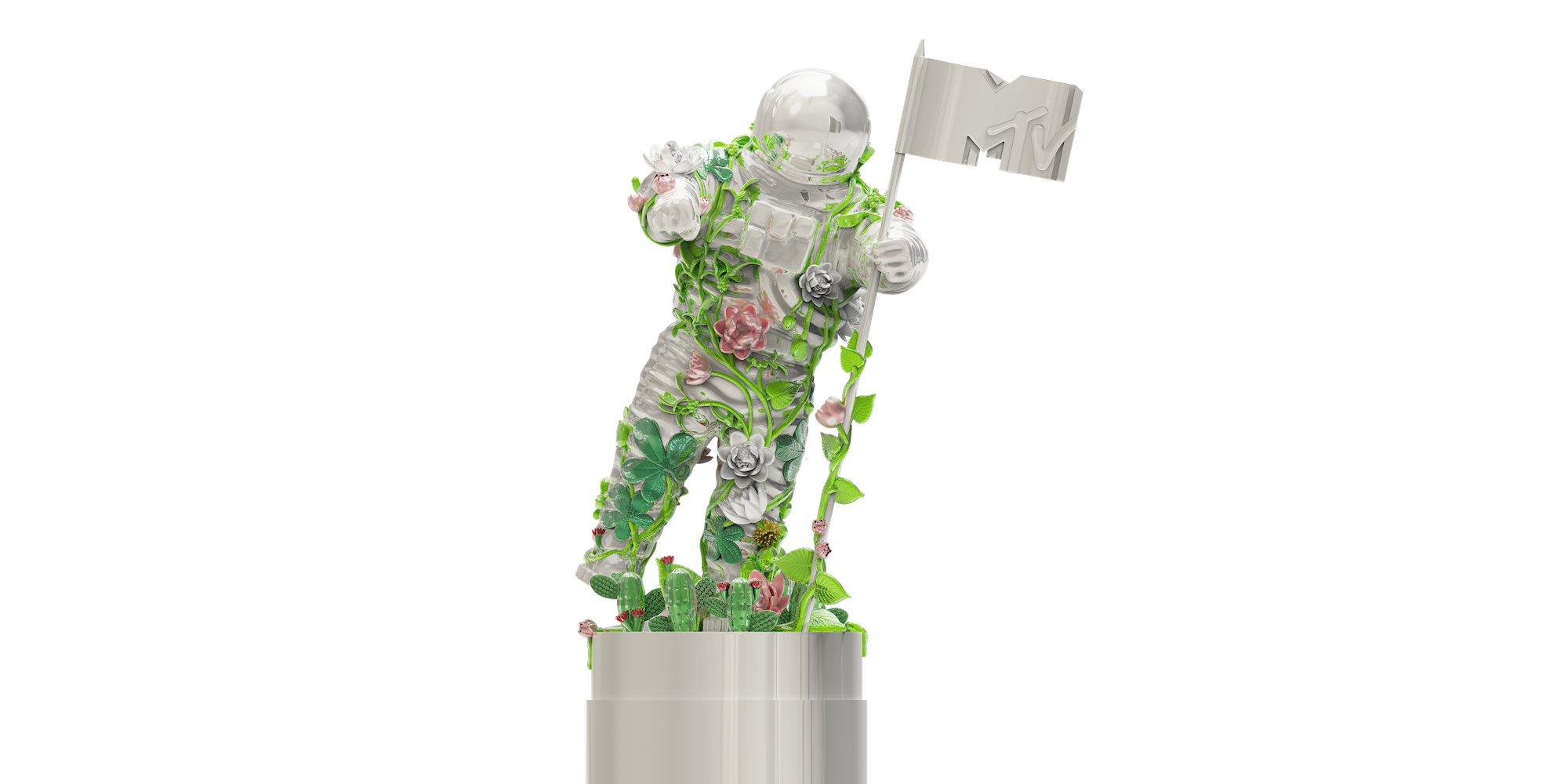