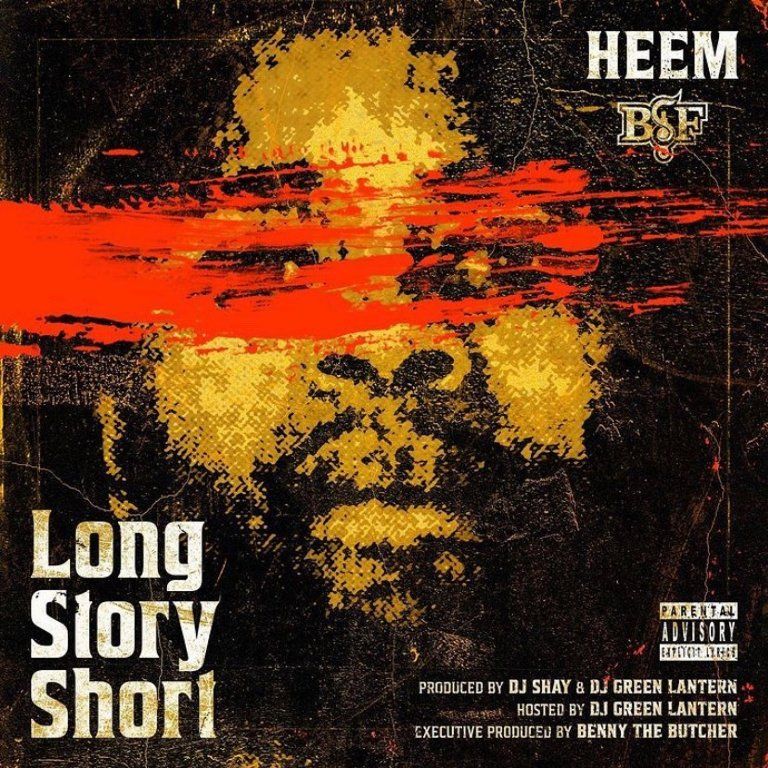 Benny the Butcher is best known as one of the leaders of the prolific Griselda crew alongside Conway the Machine and Westside Gunn. However, the Buffalo rapper is also the head honcho of a different collective called the Black Soprano Family, which consists of a number of underground MCs including the rookie Heem.

Back in April, Benny signed a deal to make BSF an imprint of eOne, and over the summer he released their debut project, Benny the Butcher & DJ Drama Present: The Respected Sopranos, which featured numerous amazing verses from Heem that hinted at his potential star power. Today, Heem has announced his first solo project, Long Story Short, and he’s giving listeners a fitting preview by sharing a song called “The Realest” that features The Butcher himself.

Over an instrumental that draws from late ’90s East Coast boom-bap — not unlike Griselda’s catalog — Benny and Heem deliver vivid verses about how their time spent in the streets bolsters the authenticity of their craft. “Sold a quarter brick of blow, counted up, then went and did a show,” Benny raps during the hook, while offering a clever detail like this: “I’m counting blue faces while she’s putting on lipstick.”

Heem doesn’t come in until halfway through the track, but his entrance immediately sets the stage for what’s to come. “For the love of drug violence, homicides, and bitches/ had to hustle to survive, I really came from the trenches.” He has a smooth flow that settles nicely into the pocket of the beat, but there’s an honesty in his voice that brings to mind early Vince Staples tracks. Take a listen below.

In addition to a couple appearances from The Butcher, who served as executive producer, Long Story Short features verses from fellow BSF member Rick Hyde and recent Griselda signee Boldy James, who just gave us one of our favorite albums of 2020. Outside of Benny, the production was handled by DJ Shay, Jansport J, and DJ Green Lantern. The project is due out one week from today on December 11th.

Beyond his Black Soprano Family endeavors, Benny the Butcher has had quite a year. He recently released his star-studded new album Burden of Proof, and popped up on albums from Freddie Gibbs, Conway The Machine, and Westside Gunn. He was also shot in the leg last month during an attempted armed robbery, but his Instagram suggests that he seems to be recovering just fine.