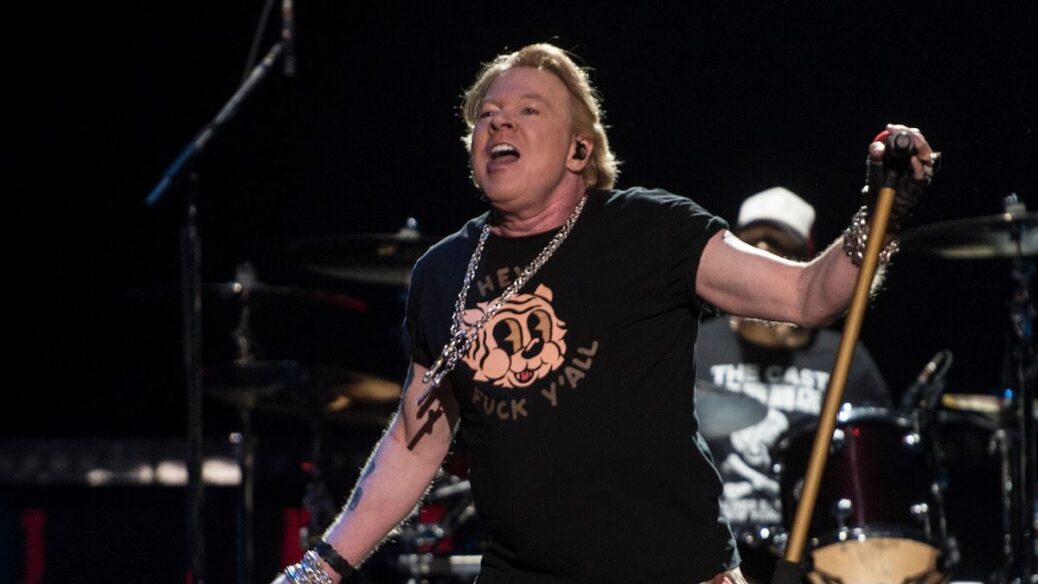 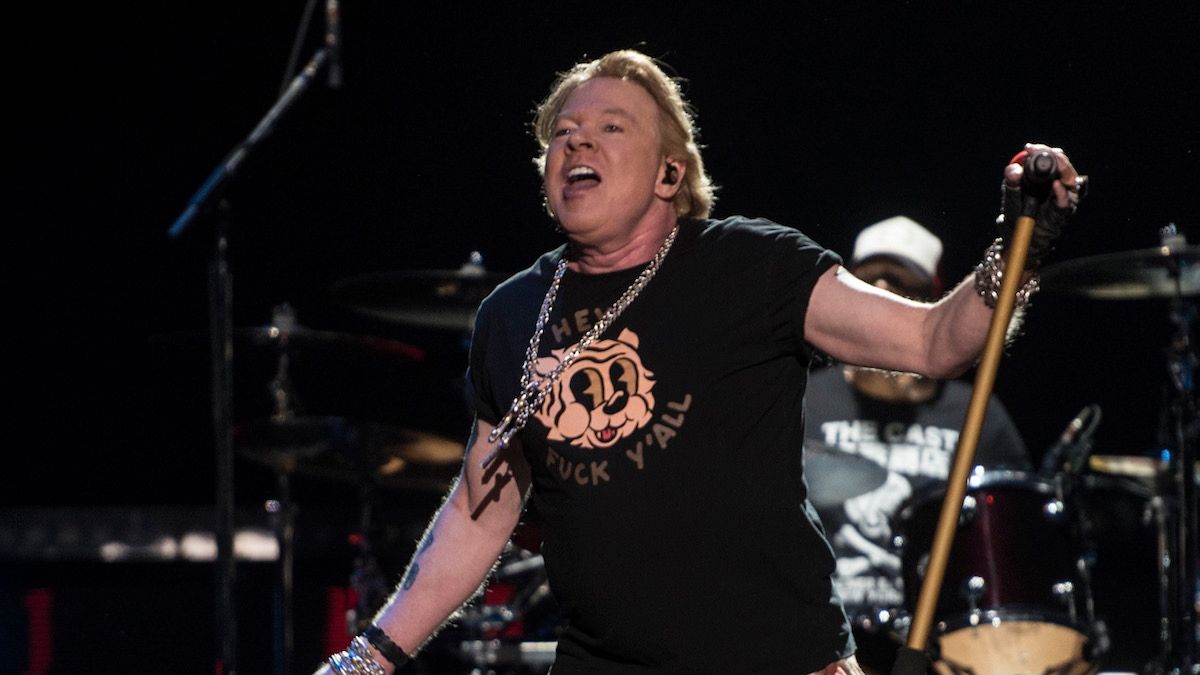 Earlier this week, we reported that the band had rehearsed “Hard Skool” during soundcheck for their show at Wrigley Field in Chicago. The song was rumored to be in the setlist but wasn’t played, possibly due to Axl Rose contracting food poisoning.

“Hard Skool,” which previously had the working title of “Jackie Chan,” is the most old-school sounding GN’R track in years. Like a blast from the late ’80s, the song conjures the sleazy stages of the L.A. strip where the band cut its teeth. The song features some classic glam-metal guitar licks, and Axl sounds ageless.

The band’s other recent new single, “Absurd,” sounds like a Chinese Democracy B-side, with its industrial metal guitars and punchy refrain. On the other hand, “Hard Skool” proves that Guns N’ Roses can still deliver the sound of Appetite for Destruction.

Slash wasn’t kidding when he said late last year that GN’R were looking to drop new music in 2021. What else does the band have in store for the rest of year?

Stream “Hard Skool” below, or via various digital outlets.