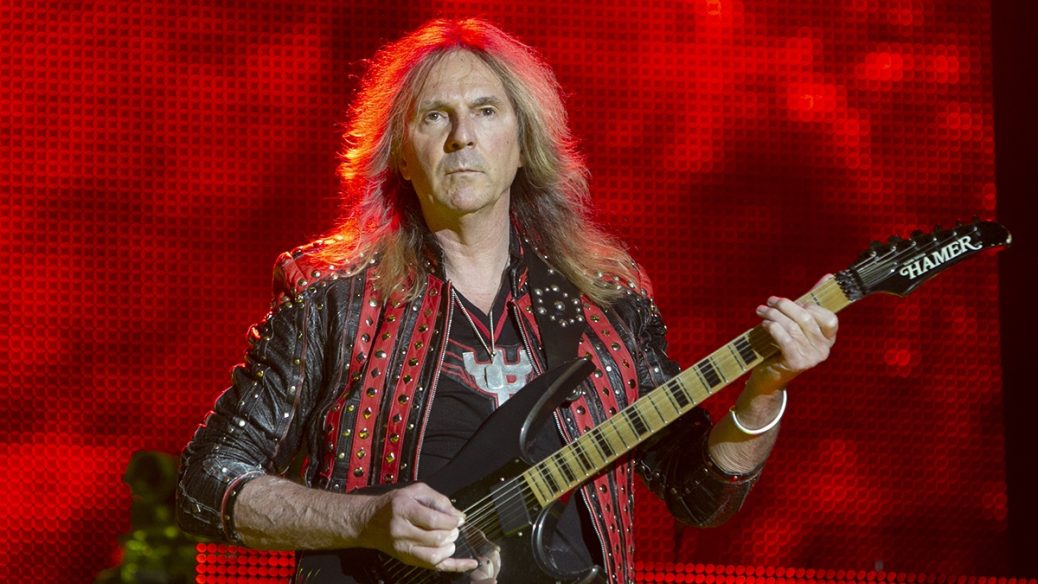 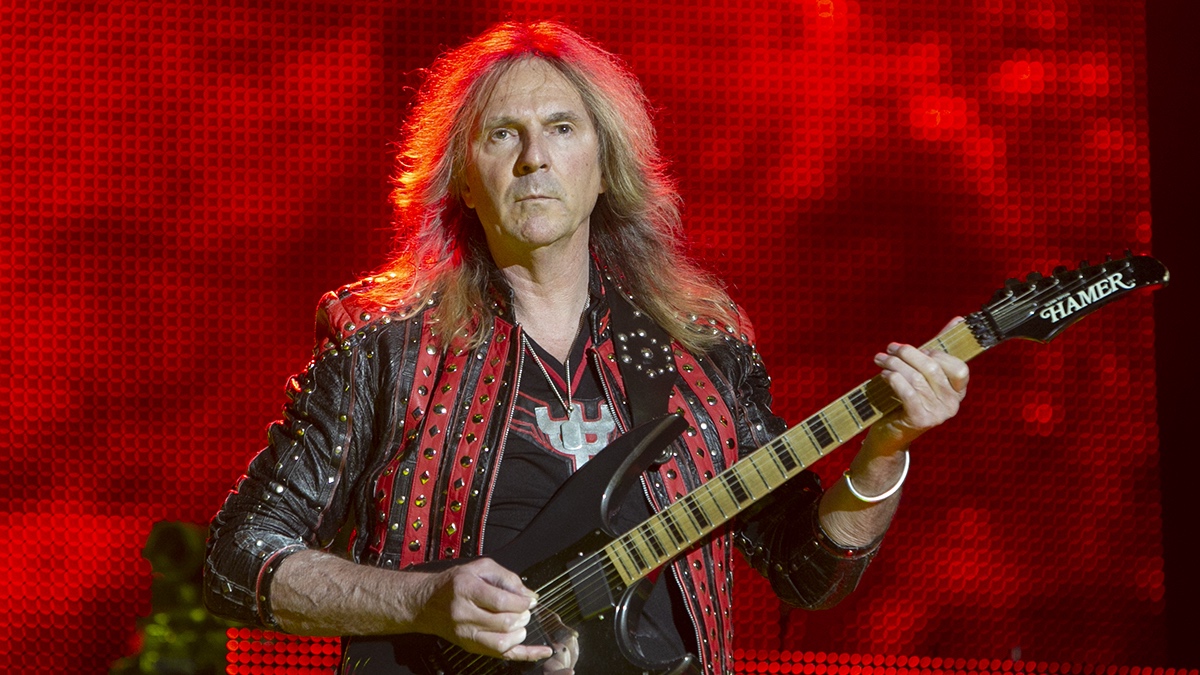 In 2018, Judas Priest guitarist Glenn Tipton disclosed publicly that he was suffering from Parkinson’s disease (having been originally diagnosed 10 years earlier). But to his credit, he did not retire — rather he stepped back from touring while continuing to be a member of the iconic metal band.

Tipton co-penned all 14 tracks on one of the band’s strongest albums in years, 2018’s Firepower, and continues to join the band onstage in a cameo role (as Andy Sneap fills in for him in the group’s touring lineup).

Priest are in the midst of their “50 Heavy Metal Years Tour” (tickets available here) — during which Tipton has already appeared at a few shows —  and also are supporting the recent release of a mammoth, 42-CD (!) box set, 50 Heavy Metal Years of Music.

Additionally, the legendary metal band was recently nominated for induction into the Rock & Roll Hall of Fame, with the results expected to be announced in May.

Tipton — who has been a member of Priest since 1974 — spoke with Heavy Consequence in the midst of Priest’s tour, and discussed his health, Priest’s current tour and upcoming album, their current Rock & Roll Hall of Fame nomination, and memories of when the band got banned from one of the world’s best known concert venues.

First off, how are you feeling health-wise?

How has it been playing with Judas Priest on certain tour dates?

It’s fantastic. To hear the roar of the crowd, and in some places they chant “Glenn,” it makes me feel really good. It’s just a very hard thing to give up. I will find it very difficult when I finish completely. But at the moment, I’m dealing with it and enjoying it. And the crowd’s enjoying it. Also, I’ve got a foundation for Parkinson’s. Basically, I’ve done it through this specialist that I work with in London. We’ve got t-shirts and we put them on sale with the Priest posters and t-shirts [order here]. It’s sold really good. I’m not surprised, because the Priest fans are so loyal. They’re great. It’s great that we’re able to raise some money. I’m putting it into a Parkinson’s trust that deals with MRI – it’s sort of an MRI technique, a scanning technique.

What’s a typical day like for you off the road?

I get up pretty early and go downstairs and feed the dog. Then if I’m in the mood, I’ll go up into the studio and do some work. But I live in the middle of nowhere — it’s on a farm. I’m always occupied basically, is what I’m trying to say.

For fans who haven’t picked it up yet, what can they expect in the box set 50 Heavy Metal Years of Music?

It’s a box set containing 42 CDs, studio and live releases — including Jugulator and Demolition [the two Priest albums that featured Ripper Owners on vocals]. And then there’s some very early stuff never seen before – Live at the Mudd Club, Live in Denver, Live in London, Live in Atlanta, Live in Houston, Live in New Haven, and on and on. For the real specialists and collectors, there’s some really good stuff there that’s really interesting. When you do something like a 42-disc box release, it’s fascinating to listen back to it, because it’s just as strong as it ever was. Some of the songs we wrote 50 years ago plus … it’s just amazing to listen to, because it’s not dated at all. That comes from the songwriting, but it also comes from being around a long time, gaining experience, and albums that will remain suspended in time. It’s definitely a very interesting exercise to listen to it — what we’ve produced and written over the years.