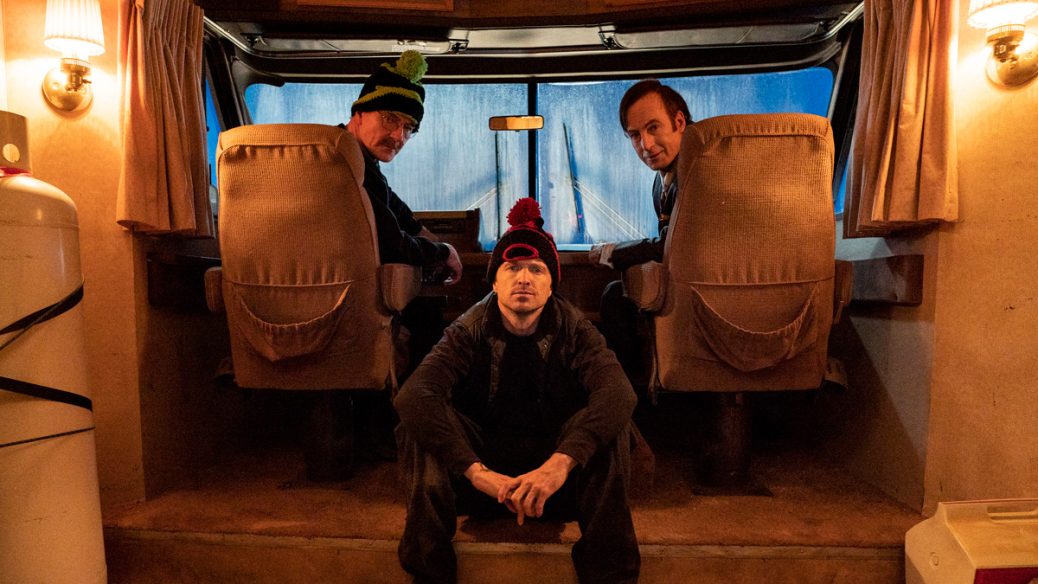 As we reach the finish line on Better Call Saul, a theme has emerged from these final episodes: How tragic it is, and the tragedies that can result, when someone lives in fear. That at least seems to be Kim Wexler (Rhea Seehorn)’s takeaway from the last several years of her life, as we see how making contact with her ex-husband Jimmy/Saul/Gene (Bob Odenkirk) caused her to return to the scene of her crimes — even if she may not end up actually having to pay the price for them.

Written and directed by Vince Gilligan, “Waterworks” is a masterclass in making the mundane seem both important and suspenseful. The action begins with a tour through Kim’s black-and-white state of existence — a nice-enough boyfriend who thinks Miracle Whip is a good substitute for mayo and a bland, boring, but otherwise pleasant enough office job. It might be a vast overcorrection from her previous life of dabbling in cons with Jimmy McGill, but she seems content enough, applying her trademark Kim Wexler discipline and meticulousness to everything, even making a new pot of office coffee.

Then comes the call from “Viktor St. Claire” (the alias Jimmy occasionally used while he and “Gisele” were together). After telling her ex that he should turn himself in, the hypocrisy clearly overwhelms her, and she hops a plane to Albuquerque to confess her crimes to law enforcement — and perhaps more importantly, Cheryl (Sandrine Holt), Howard Hamlin’s widow, who finally learns the truth surrounding Howard’s death.

It’s all heart-wrenching, but when Kim breaks down crying on the airport shuttle, her tasks completed, one can’t help but hope that she finds a little peace in her actions. Because while she’s facing her past, Gene Takovic is willfully avoiding his, a little bit tipsy in a passed-out cancer victim’s home, robbing the place in Buddy’s stead and not really caring who he hurts.

Even when his accomplice Jeff (Pat Healy) gets arrested, Gene’s still in full-blown con mode, but gets a little too sloppy with Marion (Carol Burnett) after Jeff’s arrest, saying enough to make her Ask Jeeves (a brilliant vintage internet touch) about con men from Albuquerque. “And up you popped big as day,” she tells Gene, in a concluding scene that for a real moment entertained the possibility that while it’s hard to imagine Jimmy McGill physically assaulting an elderly woman, we don’t really know what Gene Takovic is capable of. Despite the phone cord wrapped around his hands, though, he doesn’t strike, and Marion is able to call for the police, leading Gene to once again run.

We know what he’s running from, and the series finale, entitled “Saul Gone,” will reveal where, exactly, he ends up. But that’s not all there is to this story, because we get more bursts of color from the past in “Waterworks,” as scattered throughout the episode are flashbacks to the night that Kim and Jimmy Saul signed their divorce papers, which also leads to more appearances from familiar faces.

Time for your weekly dose of Breaking Bad lore: Emilio “I Don’t Do Paperwork” Koyama (John Koyama) first appeared in the pilot of the show, as he was Jesse’s original partner in manufacturing and selling meth — he was the one who got arrested by the DEA while Jesse made his escape.

Later in the pilot, he’s killed by a chemical explosion set off by Walter White (Bryan Cranston) — we learned in the Breaking Bad Season 2 episode “Better Call Saul” (not to be confused, of course, with the Better Call Saul episode “Breaking Bad”) that prior to Emilio’s death Saul served as his legal representation on two occasions. As Jesse tells Walt, “You remember Emilio? This dude got Emilio off, like, twice. Both times, they had him dead to rights, yo. And then poof! Dude’s like Houdini.”

We were all so innocent then. Better Call Saul (AMC)
Share this
0 likes
Related Articles