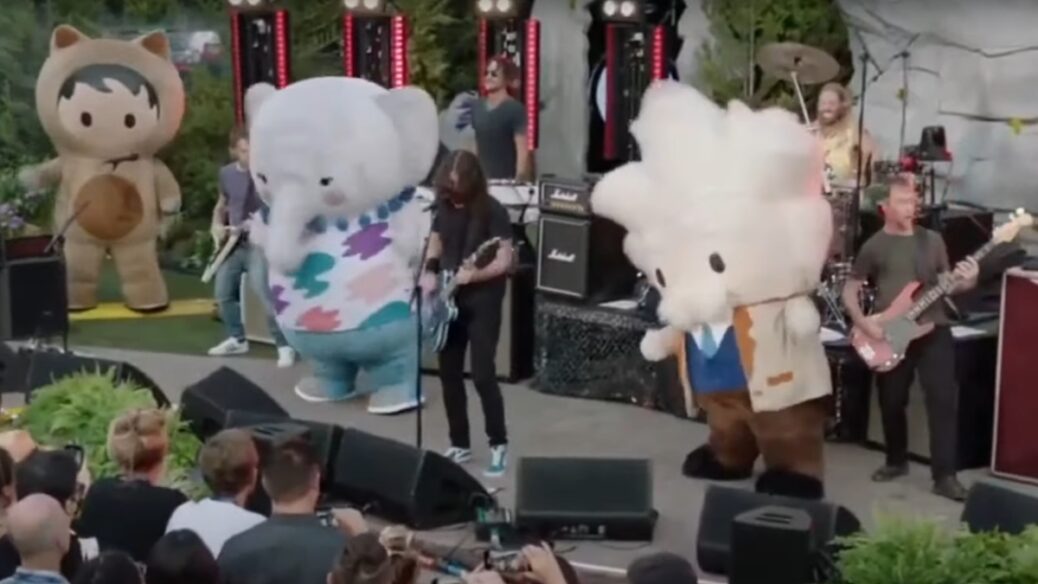 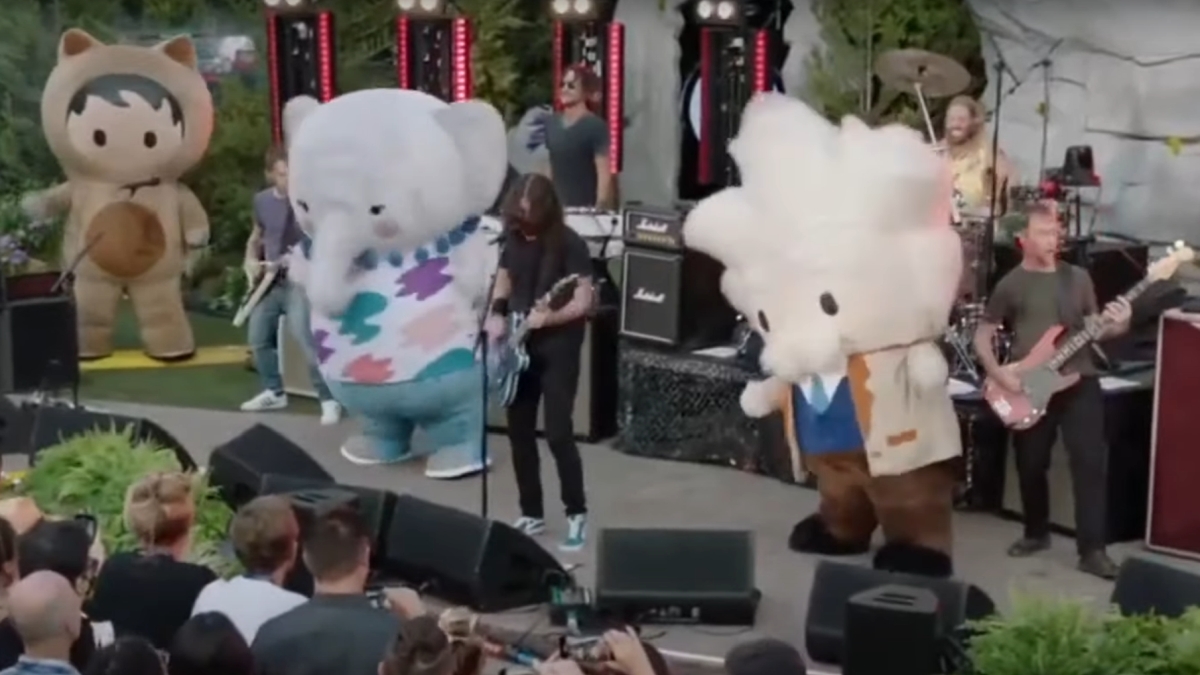 San Francisco tech company Salesforce kicked off their three-day Dreamforce conference on September 21st, treating attendees to a performance from none other than Foo Fighters. Dave Grohl and co. have had plenty of memorable moments over the course of their career, but the corporate gig likely marked the first time Foo Fighters ever shared the with a group of oversized costumed mascots.

While the band performed “All My Life,” they were joined by a trio of mascots named Astro, Einstein, and Ruth. Acknowledging his costumed guests for bringing the energy in the San Francisco heat, Grohl slowed things down for a bit to let them catch a breather.

“I’m going to break it down, because I know you’re fucking dying in that suit right now. Einstein, are you okay?” Grohl asked before the band transitioned briefly into “Cat Scratch Fever.” After the breakdown, he quipped, “Just when I thought life couldn’t get any fucking weirder. You need to chill fuck out, Einstein. You’re going too hard, brother.”

According to Loudwire, Foo Fighters performed an 11-song set, mixing in covers of Queen, the Rolling Stones, and Bee Gees songs.

Last month, the band was joined by 11-year-old drummer Nandi Bushell during a more conventional gig at the Forum in Los Angeles. The performance was so much of a viral sensation that it pushed “Everlong” back onto the Billboard charts. We’ll see if their Dreamforce performance gives a similar boost to “All My Life.”

Watch Foo Fighters perform with the Salesforce mascots via the fan-shot footage below.